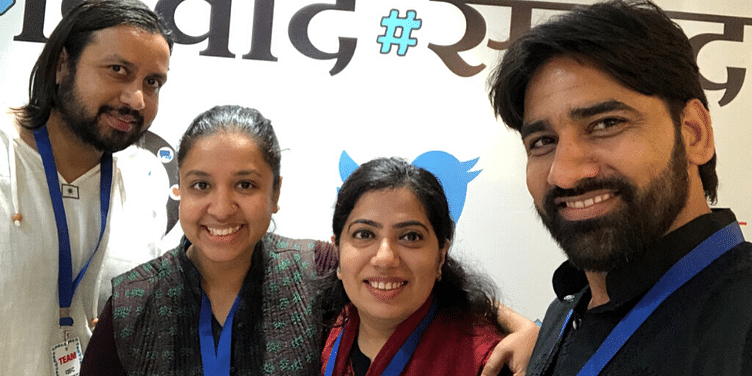 Technology has opened a plethora of doors for instant information, connectivity, and entertainment. While the world seems like a much smaller place with everything just a click away, it is exposing people to the dark side of bullying, cyber-theft, and other online predators as well as spies.

These faceless evils are a huge threat to everyone using the world wide web, especially children, adolescents, and women.

In 2018, a 27-year-old Coimbatore-based woman was pushed to give up her life after being threatened by two individuals on a music app. The police investigation revealed that they had sent morphed photographs of herself and also intimidated her to further share them on social media platforms.

Well, this is not the only incident that has caused distress and self-harm due to online harassment.  According to a recent study by the non-governmental organisation Child Rights and You (CRY), around 9.2 percent of the 630 teenagers in the National Capital Region of Delhi had gone through cyber bullying, but, half of them had not reported it to the concerned authorities or the police.

The National Crime Records Bureau (NCRB) of 2018 also indicates an increase both in the number of cyber bullying as well as cybercrime cases with respect to kids and women by 36 percent, and 25 percent, respectively.

With a view to avert such incidents, a team of young and dynamic ninjas, led by Amitabh Kumar, formed the NGO called Social Media Matters in Delhi. Founded in 2018, the organisation is focussed on laying the ground for a secure and positive use of the internet. As part of this, it not only conducts online and offline workshops to spread awareness, but also builds capacities for organisations and government departments to avert cybercrime.

“Cyber threats need to be taken seriously, and everybody ought to be well-informed about the dangers out there – including financial fraud, child pornography, misuse of personal data, and so on. I found that a collaborative approach involving multiple stakeholders was one of the best ways to ensure this. I started Social Media Matters in an attempt to channelise efforts in this direction,” Amitabh tells SocialStory.

Four ways you can ensure cyber safety while working from home

After completing his Master of Science in Microsystems Engineering from The University of Freiburg in Germany, Amitabh returned to India and began working with the Centre for Social Research. In 2014, he got an opportunity to engage with tech giants like Google and Facebook in building as well as designing cyber security programmes.

“During the course of my stint with these companies, I realised the sheer magnitude of the issue of cyber security. And that was when I happened to meet three other colleagues of mine who shared a similar thought process. Social Media Matters was born out of our common interest to reduce the instances of online fraud and cyber bullying,” notes Amitabh.

Since its inception, the NGO, with its 12-member team, has organised more than 300 free workshops across schools, colleges, corporates, and government agencies to spread awareness about cyber security and the positive use of social media.

Some of the major sources of funding for Social Media Matters include government grants, CSR funds, and other individual donations.

Social Media Matters has been putting in efforts to create specialised programmes and events that can be both purposeful and engaging.

“We have a set of experts from JNU, the Institute for Governance, Policies and Politics (IGPP) and other independent research scholars who work with us constantly when it comes to doing ground research and designing the content for the workshops. The goal is to be sure that the audience or the users connect with the concept of online safety through our presentations,” says Amitabh.

In order to make the delivery more interesting, the NGO uses a technique called Emojication, where the content is displayed in such a way that people on the receiving end traverse through and connect with their core beliefs, thoughts, and emotions.

“We try to use as many examples, illustrations, and stories as possible while we deliver content. For instance, the trainers, including myself, bring up pop culture references, current affairs and even Bollywood movies so that the audience are not bored,” quips Amitabh.

Most of the workshops that Social Media Matters organises are customised, audience oriented, and provide comprehensive knowledge about the rules and tools within cyberspace - including data protection, maintenance of privacy, security of connections, and so on.

“Cybercrime is still not entirely recognised in India. And, the only way to bring it to light is to involve as many people as possible to build a sense of awareness and responsibility. At the same time, political will is also something that is imperative. Well, we as an organisation are presently working with multiple government bodies such as Ministry of Tribal Affairs and Ministry of Women and Child Development in building capacities and policy frameworks to push the issue forward,” says Amitabh.

Launching a unique initiative during COVID-19

With working from home becoming the new norm, India has been witnessing a spike in the number of cyber crime cases. Misinformation and fake news too has stayed afloat through the period.

Just about the same time, on March 20, 2020, Social Media Matters launched an initiative known as ‘My Pincode’. Conceptualised with the idea of bringing people together to share useful and relevant information, the drive has been gaining prominence amidst the COVID-19 lockdown and beyond.

“We wanted to kick off a medium that citizens could rely on for authentic information during the pandemic. Hence, we leveraged Facebook to help subject matter experts, key knowledge resource points, organisations, and individuals connect with each other. With the help of a few volunteers, we formed open community groups on the platform to aid people in communicating verified and relevant information,” says Amitabh.

Today, ‘My Pincode’ is used to share details with regard to the supply of food, ration, emergency help, opportunities to volunteer and donate, helplines for medical support, blood donation requirements, etc.

“The launch of the initiative is an attempt to provide people with immediate support, relief, and critical information at a hyper local level – particularly within the radius of 5 to 10 kilometres. And, we figured that social media was the best way to reach to the masses,” says Prem Prakash, volunteer, My Pincode.

Run by trained volunteers, all the groups consist of moderators and admins who meticulously monitor and fact-check discussions and lines of communication. So far, the organisation has led to the creation of more than 210 groups, benefiting at least 20,000 people.

Vikas Khanna was born with misaligned legs, today he is the face of Indian cuisine

Bringing back millets- the super crop of our ancestors