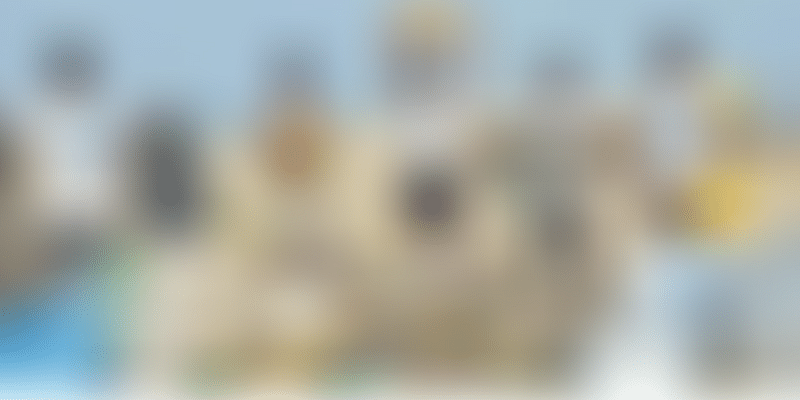 Six youngsters led by Soumya Ranjan Biswal picked over 5,000 kgs of waste across a stretch of 18 km on the Astaranga beach, clearing the beach for the Olive Ridley turtles to nest.

The sight of briny waves touching the white sands of the Astaranga beach in the Puri district of Odisha is truly a calming and picturesque one. Around a month back, this was not the case.

The shore was lined with all kinds of litter – from plastic bags, fishnets, to broken glass bottles. Moreover, mechanised fishing also added to this menace.

Not only was the garbage degrading the aesthetics of the place but was also posing a threat to the endangered Olive Ridley turtles during their nesting season.

However, things changed for the better when a group of six local youths took the initiative to clean up the beach and the adjoining Devi estuary. On September 27, 2020, they launched an initiative called the ‘Devi Kachchhap Kalyanam,’ under the banner of Paryavaran Sanrakshan Abhiyan.

In one month, the youths cleared up over 5,000 kilos of waste across a stretch of 18 km on the beach. They set up a temporary camp in the mangrove forests close to the shore and spent eight hours every day to achieve this feat.

He told The New Indian Express, “Stopping mechanised fishing is not in our hands, so we thought of at least cleaning the beach for safe nesting and movement of the endangered turtles.”

Once the garbage was collected, both the Puri district administration and a local company helped them scientifically dispose of the waste, reported the India Times. The team is planning to conduct community awareness drives among the residents of Astaranga and Sakhigopal on the need for conservation of mangrove forests in the near future.