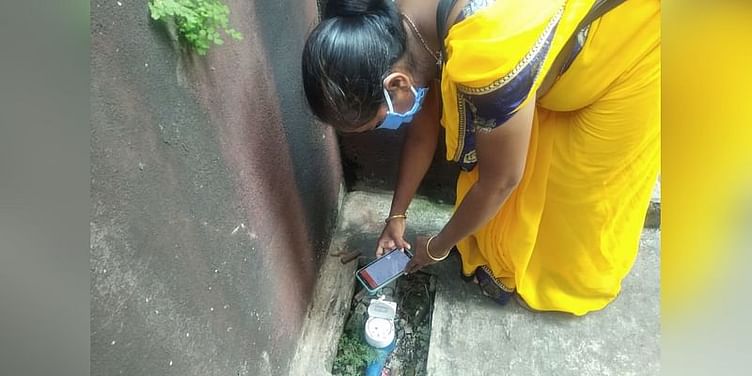 There’s no doubt that India is currently going through a water crisis. While India is home to more than 17 percent of the world’s population, it has access to just around 4 percent of the water resources. According to a 2018 report by NITI Aayog, 21 major cities are poised to run out of groundwater, affecting over 100 million people.

The crisis is even more acute in states like Maharashtra, where due to severe droughts last year, the dams were left with only 6.6 percent of the total water capacity. This also affects our water consumption, which many of us think reflects in our water bills. But water bills generated by most urban bodies take into account the property size rather than the actual consumption.

Such a paucity of data can snowball problems, with many people living in urban areas often receiving incorrect water bills. In 2010, several people approached Pimpri-Chinchwad Municipal Corporation (PCMC) with complaints of inflated water bills despite low consumption. That’s what the team at Cranberry Analytics faced as well.

“In 2012, we received a water bill that was incorrect. We went to PCMC to get it rectified and we realised that there was no system in place, and it would take several months for the complaints to be processed. People were also getting incorrect bills. We, being an analytics company, thought that we can provide a solution,” Shishir Thakur, Founder, Cranberry Analytics tells SocialStory.

Started in 2010 by Shishir, Amit Deshmukh and Onkar Gauridhar, Pune-based Cranberry Analytics is a technology-enabled analytics startup that works in the area of water measurement. It works with water utility companies and uses both on-ground and online tech solutions to map water use and water efficiency across its distribution and consumption cycle. Their primary focus is on getting water utilities to reduce cash burn and eventually turn cash-positive.

When Cranberry Analytics won the tender to overhaul the municipal corporation’s water disbursal and bill management system, the first thing the startup did was to generate and collect the correct data.

“A lot of data that was handed over to us was incorrect – such as mismatched flat numbers, error regarding whether the consumer was residential or commercial, etc. We did a three to four months drive and collected all the data,” Shishir adds.

The team also implemented technology to monitor water usage. The startup has 60-70 people on the field who visit the house, take pictures of the water meter, and note the reading. They would also monitor the health of the water meter, which unlike electricity meters, are usually placed in a precarious place in the house – such as the basement, outside the house, or kitchen – and they are more prone to being broken or tampered with.

“Later, in 2016, we completely overhauled the system. The person will come to your house, take the reading and through a thermal portable printer, generate the bill then and there. We introduced a cashless payment system where you can either pay the water bills online or through an app – reducing the long lines at the payment offices,” he explains.

The team moved the entire process to an app which monitors 20 parameters regarding the entire water consumption history of a particular household, and analyses a pattern by comparing it with other consumers. This also helped PCMC in identifying water theft on the lines of how fraud is caught in online payments.

“The most important thing was to do this with more efficiency and less human intervention. Now, with the app, the turnaround time of complaints has decreased from several years to a day,” he notes.

Challenges and the impact

The team also realised that consumers were unwilling to pay water bills and many didn’t realise how finite a resource water is. To address that, the team started an awareness campaign on how resources can be squandered and why people should pay for the water usage. The team also had to wade through political hurdles and confront the issues of water being sold through tankers.

“The biggest challenge was changing people’s perception about water. We analysed consumption pattern of people who pay online versus offline, and realised that people who pay offline – those who come from economically disadvantaged communities, the elderly, and people who are largely tech-averse – consumed 20 percent less water than those who pay online. So even people who are educated and are using apps and payment gateways to pay their bills, is it translating into reduced water consumption?” Shishir asks.

All this has, in turn, benefitted PCMC. The corporation has seen a growth in revenues from Rs 18 crore in 2010 to Rs 45 crore now. Cranberry Analytics has also enabled 100 percent water bill distribution, reduced non-metered connections, and boosted consumer onboarding. According to the startup, it is helping save 10,000 million litres of water every year, and is measuring 95,000 million litres annually. It enabled system engineers and field inspectors to have a bird’s eye view of which areas need more water and how much demand was being generated.

The team is also witnessing a decreased per capita water consumption.

COVID-19, like for almost all companies, turned out to be a big disruptor for Cranberry Analytics as well as they were unable to send out field inspectors. So, the team switched to sending averaged out water bills through SMSes and WhatsApp. The startup also had to make a change in their software to accommodate that.

The next step that the startup is going to take is regarding detecting leaks in the water system using data analytics.

“We want to start a pilot project where sensors are installed on the water pipeline and they measure water transmission, and if there is any discrepancy – such as if a water starts leaking underground, which takes months to detect – that can be rectified very easily. We have also taken latitudes and longitudes of every water meter across the region and try to find out consumption patterns,” he explains.

After the coronavirus pandemic comes under control, the team also aims to meter individual households rather than do it collectively for an entire apartment complex.