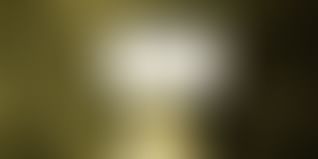 In this week's Survivor Series, Dilip Kumar tells us how he was sold to a bangle factory in Jaipur at the age of 14.

I grew up in Bihar where my parents were daily wagers. We grew up in poverty and I had an unhappy childhood. My parents were both alcoholics and they would drink every day after coming home from work.

They would then start fighting and even hit each other. Very often, they would beat me too. I was always very frightened. I would dream of being able to escape this constant abuse.

I confided in a relative, who told me that he would help me find work in Jaipur. He said that not only would I earn money, I would also have the opportunity to study as I was only 14 years old.

We boarded the train together, and for the first two days in Jaipur, everything was great. I was able to eat properly and get some sleep for the first time in ages. But then, I was put to work in a bangle factory with several other children. We had a supervisor who would make us work very hard and then complain to the owner that we were not working properly. The owner was very harsh and would abuse us verbally and thrash us without mercy. He was also an alcoholic and sometimes he would beat us till we lost consciousness. He would also threaten to cut our pay. We were never given enough food or even water

Breakfast was always a few biscuits and for lunch we were given one roti and a little vegetable. Our working day began at 5 am and we worked till 1 am every day. The room we worked in was barely 8x8 feet and we were cramped in one position sitting crouched for the whole day.

After work, we were moved to the next room, which was also very small where all of us were cramped together to sleep. I was not paid for a single day that I worked there. One day, out of the blue the police arrived, raided the factory and rescued us.  I still don’t know who tipped them off and how they even knew that we were there. They took us to the nearest shelter and a medical check-up was done. I was severely dehydrated and needed immediate attention. Once we were better, we were sent home.

Although I was apprehensive about returning, I was pleasantly surprised to see that things had improved a lot. My mother was no longer drinking and was taking better care of herself. My father was drinking only on occasion and things were much calmer at home.

I started getting counseling at Center DIRECT, a mentoring NGO in my area. They really helped me settle down by giving me Rs 5,000 to start my own general store, which is doing really well. Today, my mother also helps me mind the shop once in a while. I am happy now and doing my best to inform other children in the area and how they should be careful of traffickers. I am working with the Indian Leadership Forum Against Trafficking to advocate for a comprehensive Trafficking of Persons (Prevention, Protection and Rehabilitation- ToP) Bill. I want to ensure that all perpetrators are punished by the law.