Not Bill Gates or Warren Buffet: Tata Group founder is the biggest philanthropist of the century 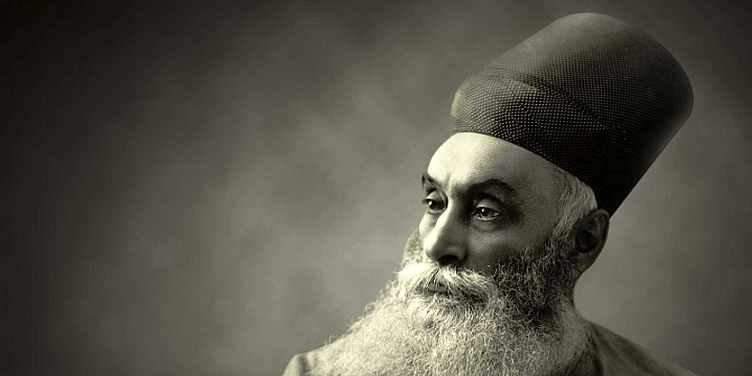 Jamsetji Tata, Founder of the Tata Group, donated over $102.4 billion and tops a list featuring Bill and Melinda Gates and Warren Buffet. The Tata Trust is currently headed by Ratan Tata.

A recent ranking of the world’s most generous philanthropists over the past century places ﻿Tata Group﻿Founder Jamsetji Tata at the top.

Of the $832 billion donated in the last 100 years, Tata alone contributed $102.4 billion. He is one-two Indians in a list of 50 philanthropists being recognised by Hurun Research and EdelGive Foundation in the 2021 EdelGive Hurun Philanthropists of the Century report, which is a ranking of the world’s most generous individuals from the past century. This is the first time the organisations are releasing such a report.

EdelGive Foundation is a grant-making organisation that is helping build and expand philanthropy in India by funding and supporting the growth of high-calibre, small to mid-sized NGOs committed to empowering vulnerable children, women, and communities.

Hurun India has previously released the Hurun Global Rich List 2021, a ranking of the $3,228 billionaires, and the ninth India Rich List, which ranks the 827 richest individuals in India, allowing for comparisons between some of the most dynamic economies in the world.

“While American and European philanthropists may have dominated the thinking of philanthropy over the last century, Jamsetji Tata, Founder of India’s Tata Group, is the world’s biggest philanthropist.”

Ratan Tata explains why this COVID crisis is unprecedented

He added that in the last year, we've seen the likes of Jeff Bezos and LVMH boss Bernard  Arnault and Elon Musk, whose wealth creation has been ‘staggeringly fast and large’.

“A few years ago, it would have been impossible to even consider that there would be individuals with $100 billion. Today, it’s not just one, we're now looking at five that we know of in the world. That's the backdrop to creating this list. Philanthropy is the opposite of wealth creation in the sense that individuals who make money accumulate it for themselves. And then you give it away, because frankly, how much do you need for the next generation? The list is really about 50 stories of individuals who have made money and built businesses and then created a philanthropic legacy,” he said.

Vidya Shah, Executive Chairperson of EdelGive Foundation, said, that over the last 20-25 years, there have been increased levels of cooperation among countries.

“Philanthropy has moved away from the domain of multilateral and bilateral institutions just focused on development and it's really moved into the domain of the personal,” she said.

However, one of the biggest challenges India faces is good data on giving. Speaking about the need for a structured approach, Naghma Mulla, CEO, EdelGive Foundation, said, “If we move the conversation from the practice of giving to what will enable us to give structured giving better and ensure that communities are benefited repeatedly through conscious effort over a large period of time, I think good data, standardised practices, and putting the spotlight repeatedly on causes and on how those causes are improved are some gaps that we all need today joint responsibility to solve for”

In the context of COVID-19, she said, “Indians have given more than ever before, largely out of trust, out of faith and out of a desire to pull fellow human beings out of the deep misery that they are in. This last year has been phenomenal in terms of India, stepping up and giving for its own people.”

Explaining the shifting focus of philanthropy over the years, Anas Rahman Junaid, MD and Chief Researcher of Hurun India said, “Over the past few years, the primary cause has always been education. That is because the impact is seen in the short-term. Last year, healthcare came up and one of the primary causes was COVID-19.”

He also pointed to an interesting trend where more young entrepreneurs were finding newer causes to fund. “The founder of Zerodha has a fund that focuses mainly on climate change. Despite these being more long-term commitments young entrepreneurs are seen making more donations towards causes like these.”

Others topping the list included Bill and Melinda Gates, Warren Buffet, and Mackenzie Scott, the ex-wife of ﻿Amazon﻿ Founder Jeff Bezos. She donated $8.5 billion directly to charities, the most ever in a single year by a living donor.