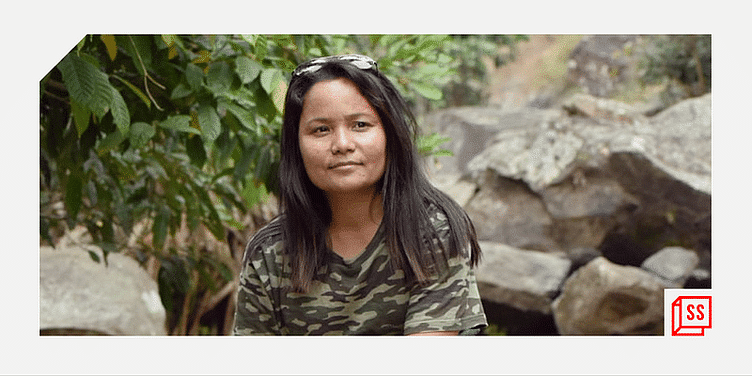 From riding a Rajdoot in her conservative village to winning national awards as an entrepreneur, Julima Deka fought the odds to fulfil her dreams

Julima Deka was only a small child when she was gifted her first book on Mount Everest. Opening it, she knew she was looking into her own future. The stories of Tenzin Norgay and Edmund Hillary captivated her, and she knew she would one day follow in their footsteps. To the second of five daughters, born in a small conservative village in Assam, scaling mountains would have been an impossible dream; but, her father, Girindranath Deka, a soldier in the Indian Army, had very different ideas on how his girls would live.

“We had no brothers, so we were raised to do everything boys were expected to do in a village. I even helped with the running of the home,” says 38-year-old Julima. Realising her love for adventure, her father taught her how to ride his Rajdoot bike. Driving around the foothills that surround her village Kerpabati, Julima says she felt a sense of freedom that she never thought possible.

“The people of the village would gossip about me and tell my parents that I should not be encouraged to roam around like this, but my father, when he was alive, never listened to them,” she says.

When she was married at the age of 16, after finishing Class 10,  Julima wondered if her dreams would ever materialise. Despite having two children, she decided to complete her education and graduated with a degree in Sociology in 2011.

However, there were challenges, and after a troubled marriage, Julima moved back to her mother’s home and started raising her children alone. Her best friend, and now business partner Purna Deka, asked her to come work in his adventure sports company as a means to earn a living.

“I went on my first trek with his company Shikar Adventures. During some of those scouting trips, we would have to be careful as the area was still under the control of the United Liberation Front of Asom. But, I was laying the foundation for my dream, so I persisted. I even started taking my children on these treks after they turned three years old. I want them to be fearless too,” she says.

In 2010, Julima signed up for her first formal training course in adventure tourism at the Indian Institute of Entrepreneurship under the Ministry of Skill Development and Entrepreneurship (MSDE). “It was a 10-day course under Skill India, for which I got a scholarship from the Assam Government. After completing the course, I signed up for a course in mountaineering at the Atal Bihari Vajpayee Institute of Mountaineering and Allied Sports in Manali,” Julima says, adding that she used her savings to pay for the latter course herself.

By 2015, Purna and she decided to start an adventure tourism company Green Trek Adventures after taking a loan under the Assam Bikash Yojana. They used the money to buy their first raft. “Five banks in Goreswar, our nearest town, rejected our application before a manager at the Central Bank, in Haripara, Jyotiprasad Sharma, sanctioned our loan. He said he was impressed with our idea,” Julima says.

The duo set up the camp in Bogomati, near their village, on the banks of the Barandi river surrounded by the mountains of the Indo-Bhutan border.

Beginning with rafting and trekking, the duo grew their business to include mountaineering, kayaking, parasailing, jungle tracking, and rafting. They were also the first to introduce ziplining in the area. Their adventure company has won numerous awards and Julima herself was recognised in 2017 by the MSDE as 20 young entrepreneurs to watch out for. “I was selected along with one other girl from the North East. The videos of our stories were played for Prime Minister Narendra Modi.

Other awards she has won include the Assam Tourism Best Rural Tourism Project 2019, Tata Institute of Social Services Award for Rural Entrepreneurship Award 2019,  and Bodoland Territorial Award for Extraordinary Services Award Services in 2020. "The minister Dharmendra Pradhan also tweeted about our achievements," she says.

She has also paid it forward by employing people from the area. “I struggled financially after my marriage ended, and I want to help others as much as I can. COVID-19 affected us badly, especially during the second lockdown. But, the tourists are returning and we are slowly making up for our losses. It will take time before we are fully back on track again,” she says.

Julima is also determined to raise her children like her father raised her.  “I don’t know what the meaning of fear is, which is why I have sent my daughter and my niece to do mountaineering and rafting courses as well.

My daughter is studying English Literature and is in her first year of college. She also helps out with the business along with my niece. In peak season, we employ 10-15 people to help with the adventure activities,” says Julima. Her son is in Class 9 and will be eventually sent for training.

“When I came home in 2010 with my children, I faced a lot of criticism as women are supposed to be submissive. People still say things sometimes, but I ignore them. I want every woman who has ever been made to feel unworthy to look at me, see how I am managing an adventure tourism company in one of the most remote parts of the country, and realise that they too can do anything,” Julima says.

And what about climbing Everest? “That is still something I want to do,” she says. It will be the culmination of a promise that a young girl clutching a book in her room made to herself as she dreamed an ‘impossible dream’ of owning a successful adventure company.