How 'Green Tech' companies can help in reducing the carbon footprint 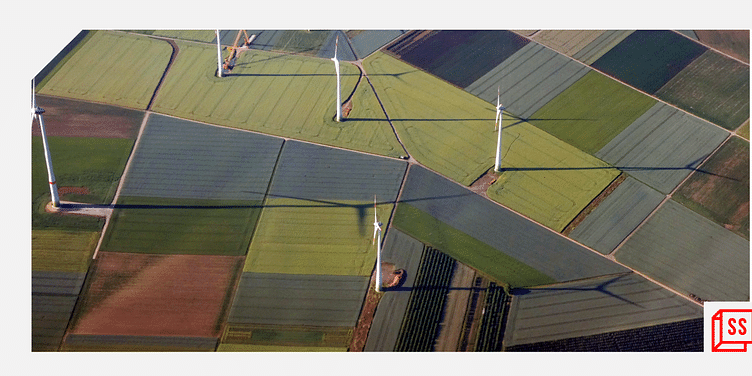 Increased population and industrial and economic expansion play a considerable role in causing detrimental effects on the environment's health. A carbon footprint or the total greenhouse gases (CO2, CH4, CFCs, etc.) act like shields or blankets, trapping the heat in the atmosphere and warming up the earth.

Due to this, the earth's temperature has been rising at an average rate of 0.18 °C per decade since 1981 and is accelerating at an increased pace. The main culprit in this remains carbon dioxide (CO2). Global CO2 emission from fossil fuels and industry in 2019 was 36.7 billion metric tons and continues to break records.

Trees are the natural sink for CO2, and a single mature tree can store nearly 167 kg of CO2 per year. This makes the forests the second largest sink after oceans. Human-induced climate change, toxic acid rains, unavailability of clean air, and vigorous melting of glaciers are significant areas of concern arising from continuous loss of forest cover.

As an aware being in tech, is it not our duty to implement the ways of neutralizing greenhouse emissions and healing mother earth? Yes, it is. I believe green technology primarily thrives on making sustainability goals achievable. Let's ponder how green tech companies can help reduce the carbon footprint.  What is Green Tech? 'Green Tech' is an umbrella term that elaborates the use of science and technology to minimise the harmful human impact on the environment.

The primary purpose of green technology is to enhance investment in natural infrastructure, promote renewable energy, minimize non-recyclable waste, and protect the world's ecosystems. The dawning era of sustainable solutions and innovation in ‘green tech’ has a higher probability of establishing businesses that lead to a healthier planet.

India is the world's third-largest renewable energy producer, with the target of achieving a capacity of 175 GW by the end of 2022 from renewable sources. Green energy uses natural forms of energy like solar, wind, hydro, etc.  ‘Green tech’ understands the ever-increasing demand for electricity. They emphasise green power options in their workplace and surroundings, solar panels, wind turbines, or geothermal wells.

Even though using petrol/diesel engines emit tons of CO2 and other poisonous gasses, fossil fuels also remain one of the primary source of energy for more than 84 percent of the population in the world. Also, liquid fossil fuels used in ICE (internal combustion engine) have a fuel efficiency of 40 percent, and the rest is lost in the form of heat and friction.

According to a Lancet Planetary Health study, global pollution accounts for nine million deaths every year, with the death toll attributed to dirty air from cars, trucks, and industries rising 55 percent since 2000.

There is an ecological balance between different components of biodiversity. Technology can’t only be a tool to study wild animals but also used for their protection and amplification of endangered species.  ‘Green tech’ promotes ways to gather data on flora and fauna in the wild, and on the elusive behaviour of various species. These efforts are combined to make people aware and awakened to meet conservation of wildlife and forest needs.

Several green initiatives have evolved over the years in tech companies that help take effective climate action and persuade others to join their mission.

Green initiatives like planting trees are quick and easy measures for alleviating some serious environmental issues. Big tech companies have already achieved the mark of carbon neutrality and are heavily involved in sustainability initiatives.

Recently, we at TelioEV – a startup that is providing a charging network for Electric Vehicles (EV) – announced a “Green Warrior” Campaign with India’s FIRST human QR code with an aims to plant or adopt around 50,000 trees within a year to create a green planet by reducing carbon footprint and bringing down the temperature.