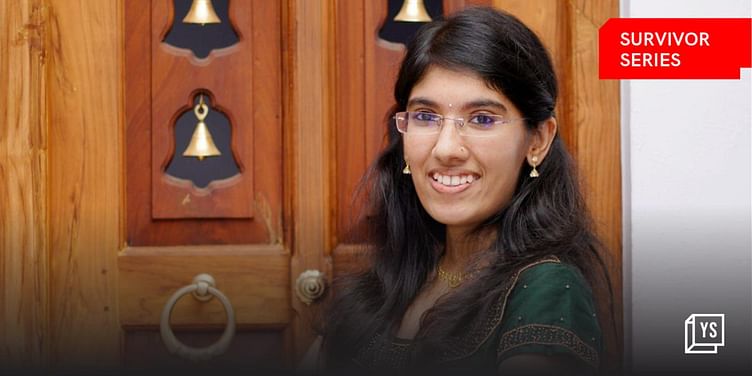 This week, in Survivor Series, we share the story of Archana Vijayan, who overcame her disability to become a doctor.

I am Archana Vijayan from Kerala. I was diagnosed with Spinal Muscular Atrophy (SMA) at the age of two. I have often heard that it is considered difficult, if not impossible, for differently abled people like me to get a job in the medical field. However, since the time I can remember, I wanted to be a doctor.

My childhood days were very hard for me. I could not sit comfortably and had to go for regular physiotherapy. My father, a postman, used to pick up and drop me to school every day. My mother had to leave her job to care for me.

When I was in school, mobility was never an issue for me. My friends and teachers were also very supportive. Initially, they were reluctant to include me as one among them, but then, after I scored well in exams, they all started accepting me. So, education helped me a lot to overcome my disability.

Born with deformity, my daughter started walking after three years of treatment

I also faced numerous obstacles while trying to chase my dream of becoming a doctor. A lot of people demotivated me. They said a disabled person cannot become a doctor. But from childhood, I was determined to be one. I did not have an option when it came to choosing my profession.

After my 10th standard, I was not allowed to opt for science stream. That was the first discrimination I faced in the education system due to my disability. I secured good rank in medical entrance exams, but then, I got a seat only for Ayurveda.

It was after the third attempt that I got a medical seat that I wanted. Once, when I went for counselling to Thiruvananthapuram, the panel insulted me a lot. They told me I cannot become a doctor because I have a disability. But I knew that is just what I am going to do.

The second time also they insulted me. However, the third time I went in front of a national Medical Board and they gave me the medical certificate. The very next day, I joined the Kottayam Government Medical College.

Currently, I am pursuing my third year in MBBS. I am also working as a project co-ordinator for Prajaahita Foundation, which is working for the empowerment of people with disability.

During my school days, I had given various stage performances in Kerala, including state youth festivals. A year ago, I sang a duet with popular playback singer Haricharan for the movie Backpackers. And now, I am doing concerts.

I also published a book containing 22 poems in my 9th standard, and I am now writing about various social issues and creativities through my social media accounts. I have a page on Instagram called immini_cherye_oridam and I have almost 8,000 readers following me and supporting me.