Towards Kuposhan-mukt Bharat: Freeing every child from anaemia can make all the difference 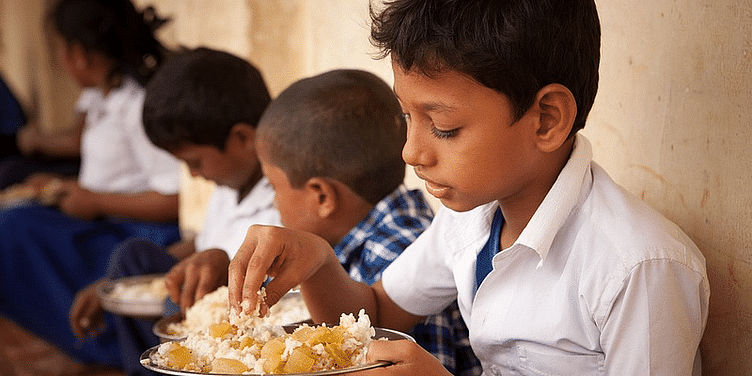 This National Nutrition Week, let’s discuss why it is crucial to address the issue of anaemia and break the intergenerational cycle, saving children from the vicious trap of malnutrition and securing their future.

Ratna (name changed), a 22-year-old resident of Shivpuri in Madhya Pradesh, belongs to the Saharia community (classified as a vulnerable tribal group) which has a prevalence of malnutrition and pulmonary tuberculosis. Both Ratna and her husband toil all day to get the required farm produce to feed themselves.

When she was pregnant with her second child, she was diagnosed with acute anaemia. After the delivery at a local maternity hospital, she started facing fatigue, weakness, and dizziness, along with other health issues. The adverse health conditions also made it extremely difficult for Ratna to care for her newborn, as she was in dire need of care herself. She was also unable to breastfeed her child at the time of birth.

Vikas Samvad Samiti, a grassroots-level organisation partnering with CRY (Child Rights and You) working in Shivpuri, intervened and arranged local milk substitutes to feed the child. Ratna was provided with iron supplements and vitamins through Arogya Kendra, a sub-centre of the state government. She was also prescribed to take green leafy vegetables and necessary nutrient support regularly through the kitchen gardens promoted by CRY. The result was almost instant—Ratna’s haemoglobin levels started rising, and gradually, she started to breastfeed the child.

For 10+ years, Vitamin Angels is helping underserved in India's fight against malnutrition

Though Ratna and her newborn were saved from the impending doom, many like her are not that lucky—waiting to be freed from the vicious cycle of intergenerational anaemia.

An anaemic pregnant woman, or in other words, high-risk mothers, will give birth to undernourished/low-weight or premature babies. Also, such newborns, in all likelihood, would not be adequately breastfed (since his/her mother lacks the energy to care for the child) and their undernourishment will go unheeded and trap them in the vicious cycle of anaemia.

The latest National Family Health Survey (fifth round, 2019-21) finds an increase in the prevalence of anaemia among women and children compared to the previous NFHS-4 survey that was conducted in 2015-16. According to the findings of NFHS-5, 52.2% of pregnant women aged 15-49 years were anaemic, an increase of 1.8 percentage points from 50.4% (NFHS-4). Also, anaemia among all women in the reproductive age of 15-49 years rose by 3.9 percentage points—from 53.1% to 57% since NFHS-4 about four years ago.

Anaemia leads to impaired growth and development in children, thus contributing to stunting and wasting in children—and leading to the intergenerational cycle of malnutrition.

According to the World Health Organisation, “anaemia is associated with poor cognitive and motor development in children, and work capacity in adults—influencing a country's economic development.” WHO defines “stunting as the impaired growth and development that children experience from poor nutrition, repeated infection, and inadequate psychosocial stimulation and wasting is defined as low weight-for-height.”

To tackle the issue of anaemia in India, the Ministry of Health and Family Welfare has launched several programmes including ‘Anaemia Mukt Bharat’ under PM’s overarching scheme for holistic nourishment—POSHAN Abhiyan. The programme is aimed at reducing the prevalence of anaemia by 3 percentage points every year, between 2018 and 2022. However, with COVID-19 acting as a deterrent, achieving the desired target not only looks ambitious but it also seems like the pandemic has somewhat reversed the progress made toward addressing anaemia, especially among children.

Also, it is crucial for citizens and civil society organisations to come together to sensitise and generate more awareness of the gravity of the issue and how it impacts people’s health daily, especially among marginalised communities.

CRY has been working on the issues of children for over four decades and has a strong focus on eliminating malnutrition among children, of which addressing anaemia is a significant component. CRY, through its project partners, educates communities about tackling malnutrition and iron deficiency on union government-designated Village Health, Sanitation and Nutrition Day (VHSND), observed mostly on Wednesdays at Anganwadi centres across India. Besides spreading awareness on the issue of anaemia, CRY also trains and builds capacities of the mother, caregivers and village health sanitation and nutrition committee members, provides iron supplementation (iron folate tablets, etc), and promotes kitchen gardens among under-served and resource-poor communities.

Anaemia is a threat that needs attention and cannot go unheeded. It affects children in all aspects of their growth and development—if a child is anaemic, they will be tired, weak, low on energy, and will find it difficult to do their daily chores, be it study or play.

Also, for adolescent children in rural areas where secondary schools are far away, low iron stores in their bodies will make travelling to far schools a tedious task and might lead to dropout, making them exposed to issues like child labour and early marriage. Such anaemic girls who are married off early will face Ratna’s struggles of breastfeeding and caring for the newborn well. These babies are born with low iron reserves, atop which their nourishment goes unheeded suffer from anaemia and their growth is stunted/wasted. This cycle keeps repeating.

As India enters the much-celebrated Amrit kaal with an aim to achieve kuposhan-mukt Bharat in the years to come, it’s high time that this intergenerational cycle of undernutrition is broken for good, and children’s nutrition should be given the highest priority across all stakeholders, so that children and their following generations can be saved from the shackles of anaemia and undernutrition.