Are flexitarians driving the rise of alternative foods? 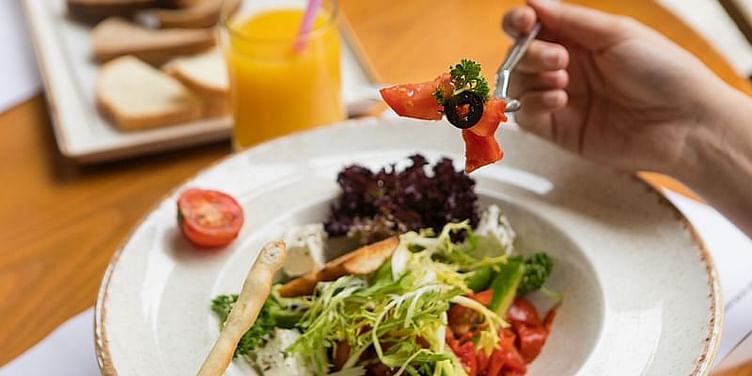 Consumers are more aware of the food choices they make and are switching to animal-free products. The growth of the alternative foods industry is a testament to this as is the increase in the number of flexitarians.

People are waking up to the problem of environmental degradation. Efforts are being made all over the world to reduce carbon footprint and promote sustainable development. Environmental conservation is no longer only about mandating factories to adopt greener practices or ensuring that vehicles on the road are checked regularly for their pollution levels. It is wider than that and encompasses all industries.

For example, the fashion industry is exploring sustainable fashion as an alternative to mass fashion, which generates tons of waste every year and adds to water pollution levels.

Consumers are also more aware of the food choices they make and are switching to animal-free products. The growth of the alternative foods industry is a testament to this as is the increase in the number of flexitarians.

Flexitarians are people who are making efforts to restrict the amount of meat in their diets, although they may not actively be vegans or vegetarians.

Reports suggest that this cohort makes up 42% of the market and this percentage is constantly on the rise. Another survey illustrates that 54% of the GenZ and 34% of baby boomers are making active efforts to restrict the amount of meat in their diets by adding more plant-based substitutes.

The impact of consuming meat-based products

A survey conducted by Ipsos, in 2018, illustrated that over 73% of the world population consumes meat. However, these consumers are gradually realising the ill effects of such a diet.

For example, a diet high in red and processed meat is positively correlated with incidents of diabetes and heart problems. In addition, farms that supply these products, are focused on mass production and often the conditions of life for animals on these farms are harsh.

Livestock emissions include methane which is more damaging to the environment in comparison to carbon dioxide.

The meat industry is also a leading cause of deforestation, as many farmers fell down trees or set fire to forests to provide space for animal grazing or producing industrial animal feed. Further emphasising the need to make better dietary choices is the fact that estimates suggest that if people shift to plant-based products, the need for farmland would reduce by 75%.

The rise of flexitarians

As the above surveys suggest, there has been an increase in the number of flexitarians. This means that there is also an accompanying rise in the demand for alternative plant-based products. Keeping this demand in mind, companies are now producing products like plant-based sausages and pepperoni, that are not only as delicious and meaty but also healthier.

The street food industry is also overcome by this trend. Many outlets are now offering mock meat options in their menu. These options include hot dogs, kebabs, and noodles. All these food products are as juicy and scrumptious as real meat and are being enjoyed by thousands of people all over the world.

In addition to the street food industry, many high-end restaurants and cafes are also bringing in plant-based meat options. These food products now make up the main menu instead of being treated as a sloppy second option.

This transition has come about due to the high quality and taste of these items. They span across the menu and include appetizer options like plant-based chicken and mutton kebabs and main course items like Biryani and Butter Chicken with mock meat pieces.

Why plant-based meat is here to stay

In conclusion, it can be said that with the rise in environmental consciousness people are making more sustainable choices, and this includes dietary choices. This is reflected in the rise in the number of flexitarians all over the world. This has provided a boost to plant-based meat or the mock meat industry and they have come up with multiple options to cater to this demographic.

Innovation and research are the driving force behind the popularity associated with this sector and its large market share is thus not surprising.