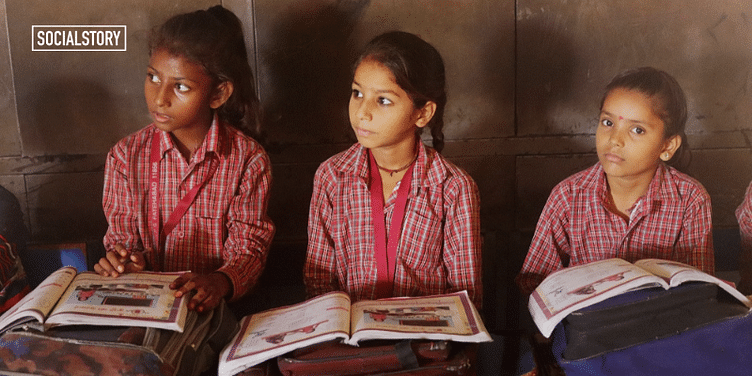 Education of women is the main milestone for women empowerment because it equips them to respond to the challenges, to confront their traditional roles, and alter their lives.

Even in recent times, access to education shouldn’t be determined by a child’s gender. As per a report by UNICEF, about 130 million girls globally are out of school and 15 million girls of primary school age will never even enter a classroom. Ensuring girls enter and stay in the classroom is crucial in the fight to eradicate poverty at large scale in India and some obstacles remain. These issues may seem minor to the urban educated lot, but are key factors keeping girls far behind in getting the education they deserve to be economically independent.

Lack of access to education in this group stems from existing expectations, attitudes, and biases in communities and families, social traditions, religious, and cultural beliefs. Economic circumstances also play a key role when it comes to coping with direct costs like tuition fees, cost of textbooks, uniforms, transportation, and other expenses. This is particularly the case in families with many children where the costs exceed the income of the family, girls are mostly likely the first to be denied schooling.

In rural India, the foremost factor limiting female education is poverty. This is because majority of the people are poor and cannot afford to give education to their children. When they have to make a choice, they prefer to educate their son over their daughter. The notion behind this is that the girl will eventually get married and leave the house and the son will take up their responsibility in old age.

Unfortunately, this proves to be a vicious cycle as young girls remaining uneducated further perpetuates poverty. If the majority of young girls were to be educated and enrolled in the economy of the country, India would better equipped to tackle poverty quickly.

Giving girls access to schooling is a central part of eradicating poverty in India. Educated girls are able to further uplift their families and communities, and are less prone to violence.

After extensive field work, I feel that we need to fix some key barriers at the ground level that refrain young girls from getting into school and getting a meaningful education.

Here are some of the barriers to educating girl children in India.

Meet Anusha, the girl who escaped child marriage to play rugby for India's U-19 team

One of the key obstacles to girls participating in school life in India is child marriage. Every year 1.5 million girls under the age of 18 are married, says UNICEF.

The reasons for child marriage and a lack of education for girls are complex and interlinked. The main contributor to this could be the age-old customs and traditions that have been passed down like "gauna” (where the girls move into their husband’s house post marriage).

Parents, especially in the Tier II, Tier III cities, and the rural areas, want to get their girls married young so that they can get through with responsibilities. They strongly believe that if they delay, they might not be able to find a suitable groom for their daughter. This comes from the base view that a girl's education is not as valuable as a boy's education, and that educated girls often become a burden by becoming "inflexible" and "un-marriageable". If we do not work on changing these patriarchal local values, we’re not going to see the shift in outcomes anytime soon.

In most cases of child marriage, the girls aren't even aware of whom they are marrying and are unaware of the responsibilities that will be bestowed upon them at such a young age.

Poverty has a role to play in child marriage too. Parents who can afford it would not necessarily hold back their children from going to school, but if they can’t afford it, then they end up making a choice and they feel that marriage is the best option within the limited options. And thus, unfortunately the cycle continues further, without the chain being broken.

Hence, the only way to end poverty and the menace of making unfair choices, is to educate a generation of young girls and break the cycle. It's all about approaching the challenge from the bottom up, and creating sustainable change.

The onset of menstruation is also a pressure point for girls’ schooling in India. Lack of gender separate bathrooms, no access to sanitary products, teasing from classmates, and unsupportive teachers–all can disrupt a young girl’s ability to participate in school.

Usually, girls tend to drop out of school when they start menstruating out of shame, fear and embarrassment. They don't feel comfortable talking about it due to the taboo associated with it in the smaller communities.

At the ground level, till this issue is desensitised, young girls will continue to drop out of school. They need to be taught and educated about managing their periods in school “in a comfortable, safe and dignified way”. We need to work to replace the stigma, silence and shame, with information, dignity and open conversation.

Gender-based violence in and around school is a reality in India. This is also one of the main reasons parents hesitate to send their girls to school, and often discontinue their education as they grow up.

Girls are central to the Indian poverty story. There needs to be a solution to provide safe education to young girls at all levels, in order to break the cycle of poverty once and for all.

Lack of educational institutions near the villages makes it difficult for girls dwelling in rural regions to travel long distances. The physical safety of the girls, especially, is a matter of great concern.

An inherent gender bias in the rural society against female education and women empowerment needs to be changed. That is the most important step to create sustainable change at the ground level.

Women work very hard in rural India and contribute to not only the field work but also at home. However, far from being given any credit, they are often not even given basic human rights. Practices like child marriage, illiteracy, dowry are still rampant making it difficult for current and future generations of women to be empowered. These mindsets need to be changed at the ground level by educating the men and families about the benefits of educating their girls and gender equality. This can be enabled by changing the mindsets of Village heads and community heads who will bring about a cascading change in the mindsets of their respective villages.

The government’s huge array of progressive education schemes and policies, especially for girls in rural India, is a bridge for them to stay encouraged and put a foot forward towards their own socio-economic freedom. However, it is imperative to make sure that they reach them.

Particularly when it comes to rural schemes, not enough resources are making it to women. The key is to help this section financially in order to uplift them initially, and make sure education and training schemes reach them and empower them at the ground level.

A significant factor behind the illiteracy of rural girls or limiting their literacy is their utility in performing household and agricultural chores. Cleaning the house, preparing the food, looking after the siblings, the elderly, and the sick, grazing the cattle and collecting firewood are some of the key tasks they have to perform. There is also some apprehension that education might create resistance to doing domestic chores.

In India, more than half the population live in rural areas–that’s more than half a billion people. People living in these communities lack things that we deem as necessities like running water, electricity, education, food and healthcare. Women especially face even more challenges due to stigmas and social hierarchical boundaries.

Women and girl child education is catalytic and central to achieving economic, social, and environmental goals. One woman can change her life and that of her family, Empowered women in a village can change the fortune of the village, and this cascading effect can create change for generations to come — all of this benefiting entire communities.

Education of women is the main milestone for women empowerment because it equips them to respond to the challenges, to confront their traditional roles and alter their lives. Educated women are more likely to work and be financially independent, and they are also more likely to devote more income to the family’s welfare thereby uplifting many families out of poverty.