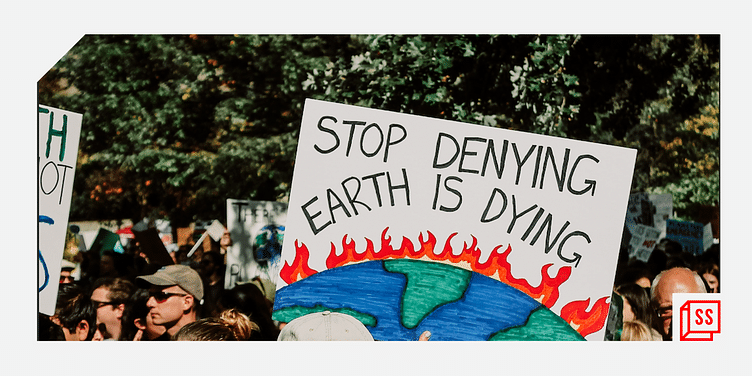 Today’s youth has a huge role to play in creating a more sustainable world as they are the environmental leaders of tomorrow.

In 2018, a 15-year-old Swedish girl, Greta Thunberg, stirred up a global movement for climate change when she protested outside the Swedish parliament to pressure the government to meet carbon emissions targets.

Her small campaign had a global effect, inspiring more than 20,000 students from the UK to Japan to start their own campaigns to push their governments to meet carbon emission targets. The power of youth climate activists was clear.

Age is not a barrier to urgent action or to be the voice of change, and today’s youth are eager to be a part of the solution.

One of the key discussions during the recently concluded COP27 was the importance of restoring nature to tackle the climate crisis. For the first time, there was recognition of the fundamental role of the ocean in the climate system. Water systems, both fresh and saline, are key to many ecological cycles, with climate change having a direct impact on marine and coastal ecosystems, rising sea levels, ocean acidification, and much more.

This time, COP 27 stood apart from previous COPs that were largely dominated by politicians and diplomats. The louder voice of the youth was recognised and included, as they urged leaders to take action to protect their future.

Immediate change is needed to protect our youth from the consequences of climate change, and this was reflected in the intense deliberations at COP 27.

Human activity is the biggest detriment to our planet

The role of nature is critical to our survival. Human life is dependent on nature for life essentials such as oxygen. It also plays a significant part in regulating weather patterns, pollinating crops, producing food and much more.

Deforestation and desertification – caused by human activities and climate change – are posing major challenges to the health and livelihoods of millions of people.

Similarly, forests are vitally important for sustaining life on earth and play a major role in the fight against climate change. Investing in land restoration is critical for improving livelihoods, reducing vulnerabilities, and reducing economic risks.

According to the United Nations, human activity has altered almost 75% of the earth’s surface, squeezing wildlife and nature into an ever-smaller corner of the planet and increasing risks of zoonotic diseases like COVID-19.

Just as life on land, oceans too are home to many living creatures. Oceans (SDG 12 – Life Below Water) also provide jobs for more than three billion people who depend on marine biodiversity for their livelihood. This is being threatened with marine pollution in the form of chemicals, trash, and debris being emptied into oceans.

The Pacific Garbage Patch is a prime example. Somewhere between California and Hawaii, this area of about 1.6 million square kilometres is a marine debris site. The mass coral bleaching of the Great Barrier Reef is another example, leading to the extinction and destruction of innumerable species. This is leading to growing damage to our oceans, the health of marine organisms, as well as dependent economic structures.

The young people present at COP27 at Sharm El-Sheikh this year echoed their anxieties for their own futures. Amidst their concerns also lay hope, optimism, desire, and determination to be part of the solution.

It is our responsibility as humans to coexist with life on earth as well as life under water, and young people have the most to The youth has a huge role to play in creating a more sustainable world as they are the environmental leaders of tomorrow.

This is a generation that is not afraid to fail, and is eager to grow and innovate.

They are full of ideas, they are innovators, tinkerers, and collaborators, and eager to generate viable solutions to different aspects of this enormous problem. As innovators, they understand the importance of protecting the environment and move beyond discussions and theory. They are no longer demanding the changes they want for this planet, but are actively participating in shaping technology-first solutions.

While no single group of people can solve the climate conundrum by themselves, Gen Z, the oldest of whom will be 53 in 2050, are and will be a major part of the solution.

The sooner governments, leaders, industry, and other stakeholders help this cohort to close the gap between climate concern and action, the better their chances of building a sustainable future.

As Greta Thunberg, now 20 years old and a Nobel Peace Prize nominee, wrote in her book No one is too Small to Make a Difference: “Homo Sapiens have not yet failed. Yes, we are failing, but there is still time to turn everything around. We can still fix this. We still have everything in our own hands.”

Making the best out of waste: These 8 startups are helping Indian cities manage trash