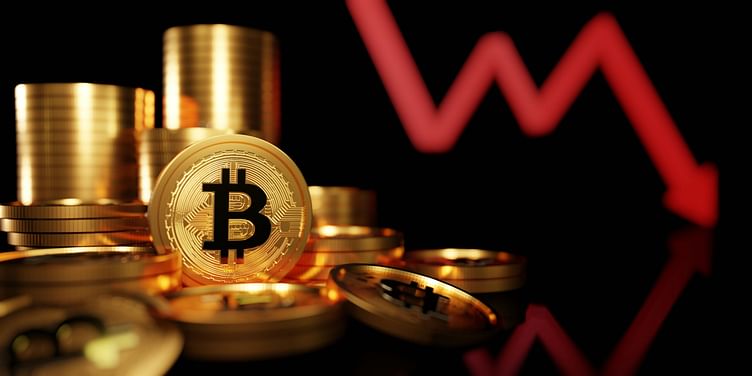 BlockFi, which had announced a deal with FTX US in July, said the 'lack of clarity' around FTX's current situation had led it to pause client withdrawals.

Troubled crypto lender BlockFi on Friday announced it is pausing client withdrawals due to current lack of clarity around the status of crypto exchange ﻿FTX﻿.

The firm took to Twitter and stated, "Given the lack of clarity on the status of FTX.com, FTX US and Alameda, we are not able to operate business as usual."

The firm said it will share more details soon, adding, "We request clients not to deposit to BlockFi Wallet or Interest Accounts at this time."

Since the announcement, tokens have plummeted, with Bitcoin down 2.7% and Ether down 2.9% as per CoinMarketCap data. This news comes just two days after BlockFi Founder and Chief Operating Officer Flori Marquez in a tweet said "all BlockFi products are fully operational".

1) All @BlockFi products are fully operational.

Earlier this week, the entire industry witnessed the collapse of crypto exchange FTX, which was once valued at $32 billion. A Bloomberg report indicates that the firm might plunge into bankruptcy.

Earlier in July, Sam Bankman Fried-led FTX US proposed a deal to acquire BlockFi. FTX US had also announced that it was giving BlockFi a $400M revolving credit facility to shore up its finances in the midst of market uncertainty.

In July, BlockFi CEO Zac Prince took to Twitter to announce the term sheet of the deal.

Excited to share an update on our previously announced term sheet with @FTX_US - and how we've broadened the scope of the initial deal for the benefit of all key @BlockFi stakeholders.

Referring to same deal, in an earlier tweet, Flori Marquez said despite having $400M credit in line with FTX US, BlockFi remained an independent entity.

Despite lending money and bailing out companies, recent revelations about FTX's liquidity crisis have put the company in trouble and FTX is now subject of state and federal investigations.

On November 10, the Bahamas Securities Commission (BSC), the country's securities regulator, froze the assets of FTX Digital Markets (FDM) and suspended FTX's registration in the country.

(This story has been updated to correct a typo.)