A plate full of history: Bhaskar Menon takes his customers down memory lane 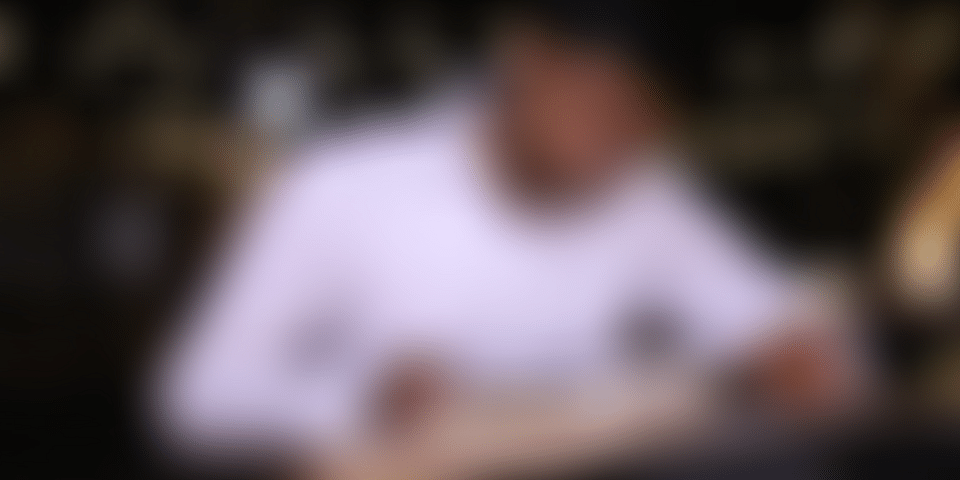 Bhaskar Menon, a 24-year-old graduate of Les Roches, Switzerland is on a high. He has every reason to be. His dream restaurant venture, Mala Akbari, located in Gurgaon, serving historical Indian food recently completed a year in business and he is gearing up for his next culinary venture.

In a freewheeling interview with YSWeekender, Bhasker talks about his entrepreneurship journey and how his dream of serving food with historical significance took root…

Bhaskar, a voracious reader of history had a brainwave during his days at Les Roches. "I realised that India, with its 5000 years of history has vast ethnic diversity, which reflects in our food choices too. We don’t have any historical food being served in any F&B establishment today. We have no knowledge about what the people of North East are eating today or what the people of Kashmir were eating a few centuries ago,” says Bhaskar.

What’s on the menu?

The thought of serving a slice of the platter of historical food put Bhaskar on a quest to set up an eating space specialising in Pre-Columbian exchange food, emphasising the use of spices.

“In our dishes you will not find ingredients such as chillies, potatoes, tomatoes, corn, peanuts, cashew nuts, and pineapples as they are not of Indian origin but of Mexican and South American origins,” he explains.

At Mala Akbari, Menon offers food like Chaapshoro (minced meat or vegetables in a flaky dough, served with apricot oil and seeds) from the Hunza valley, an extreme northern region bordering with the Wakhan Corridor of Afghanistan and the Xinjiang region of China.

Also, on the menu is Harappan food. The dishes served like a flaky fish preparation, are his attempt at recreating food from history through the discoveries made at the Indus valley civilisation archaeological sites, where people lived along the Indus River around 3,300 BC.

Making and serving historical foods has its own challenges – there is nothing to benchmark the final dishes with and moreover the books he uses for the recipes list only ingredients and provide no measurements.

At Mala Akbari, Menon makes and serves ancient recipes provided in ‘Nimmatnama-i-Nasiruddin-Shahi’, a medieval Indian cookbook by Ghiyath al-Din Khalji, the ruler of the Malwa Sultanate in central India and ‘The Mughal Feast: Recipes from the Kitchen of Emperor Shah Jahan’.

Food from our ancestors

Bhaskar delved deep into researching about India's food history and his initial research gave him a lot of food for thought.

He then wrote to Coleen Taylor Sen, an independent food historian and writer based in Chicago, who specialised in the cuisine of the Indian subcontinent. “I got a lot of encouragement from Coleen and got the validation that I needed to move forward on my chosen path,” says Bhaskar.

His research led him to discover the fact that, "though Biryani is deemed a Persian import, its origin may go back to 2 AD to a dish called Oon Soru, recorded in Sangam literature (The Sangam Age was the period of history of ancient Tamil Nadu and Kerala and parts of Sri Lanka, then known as Tamilakam). Oon Soru was a meat and rice preparation cooked with spices such as black pepper, coriander et al. Could India's well-known dish eaten along the length and breadth of the country have been invented in Tamilakam?" Bhaskar wondered.

Even today, Bhaskar is busy researching historical recipes and his latest book to experiment from is ‘Pakadarpanam’, the first ever book on cookery by Nala, king of Nishadha Kingdom, who was a great cook married to Damayanti of the Vidarbha Kingdom as told in the Mahabharata. "I am also working on a recipe with meat and rice from the Mauryan empire that Coleen shared over an email just ten days ago,” says Bhaskar.

Besides these dishes, he has also experimented with fish recipes made with turmeric and paan leaves.

Of investment and initial doubts

With a strong concept in his pocket, Bhaskar was determined to go ahead with Mala - Akbari, a pun on Malabar and Akbar defining the essence of undivided India through its cuisine.

After years of visualising it, Menon opened his modest eatery at Hawkers Street attached to a busy shopping mall in Gurugram to test the waters. He raised an investment of Rs. 30 lakhs from his friends and family to start his venture.

"Honestly speaking, I did have doubts about the success of Mala Akbari as clearly people are used to more popular versions of Indian and Chinese food. We were attempting something really new and unheard of," says Bhaskar, candidly. His success story is on an upward path today, as the footfalls from diners who have turned into his regular customers, increased every week.

Bhaskar is now on the threshold of opening a second outlet in a larger space in 32nd Milestone, a popular destination for good food, off NH-8 in Gurugram, Haryana.

Besides opting to launch a grander restaurant, Bhaskar also wants to make his second restaurant an interactive space. He will be serving liquor as it was made and served in the past, a project, which he is currently experimenting with.

“I visualise a 5000 square feet space, where I can showcase food from different times of Indian history like the Pala and Mauryan times.”

While such an ambitious project may be a distant dream, Bhaskar has found a middle ground after being torn at the thought of choosing between two of his favourite subjects - history and culinary arts – by serving historical food. Mala Akbari fills in a gap on our current culinary map and forces Menon’s contemporaries to view history with a new perspective.

Food for thought: When Lore, the pop-up restaurant, came to town

The idea is to bridge the gap between talent and opportunity: Soumini Sridhara Paul of Hungama Artist Aloud