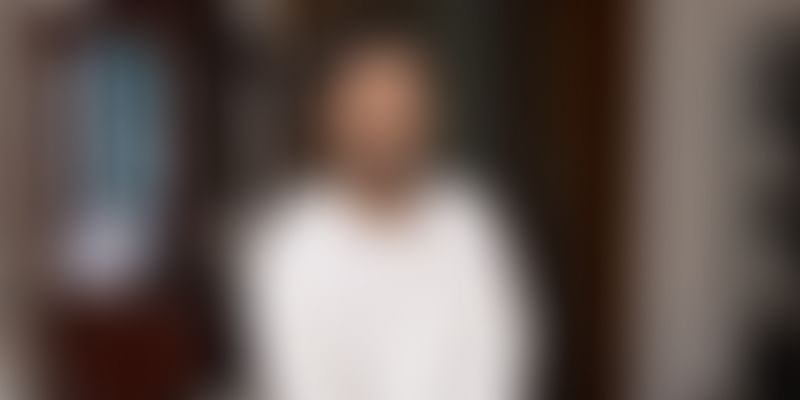 Bandish Bandit-director Anand Tiwari says directing is like a long-lasting relationship. Starting his career in TV commercials, he now wants to tell entertaining and engaging stories through his media company Still and Still Media Collective.

A decade back, Anand Tiwari was probably the most popular non-Bollywood face on Indian television. My first memory of the now Bollywood actor and director goes back to the hugely successful Jaago Re commercial by Tata Tea.

Later, we saw him as Apu in Udaan, Saurabh Lamba in Aisha, and Bunny in Go Goa Gone. More recently, Anand was seen on the silver screen as Ajit Banerjee in Detective Byomkesh Bakshy, and as Mr Bajaj in Deepika Padukone-starrer Chhapaak.

In a candid conversation with YS Weekender, Anand says, “While I am happy to act for the rest of my life, what I really want to do is make cinema and series, and tell stories as a director, producer, and writer. That satisfaction is a bigger high for me.”

To fulfil this dream of his, Anand, along with his friend and writer-producer Amritpal Singh Bindra, started media company Still and Still Media Collective in 2013.

A true Mumbaikar by heart, Anand grew up in a family of doctors. Both his father and brother studied medicine and it was only normal for his parents to feel that he would be gravitating towards the medical sciences. “But I always wanted to be a storyteller,” he says.

An introvert since childhood, Anand thought he could only express himself through performance. Growing up in a locality, which widely celebrated Ganpati Utsav and Navratri with stage performances, Anand understood very early-on that the stage would provide him the space to express himself, and enable him to be a storyteller.

“Somewhere around my late teens, I told my parents that I wanted to do storytelling for the rest of my life. And though they were not very happy about it, I went ahead and did it,” the actor says. While pursuing his bachelor’s from St Andrews College in advertising, Anand continued with theatre, and it helped him grab acting jobs in TV commercials, as well as films.

While Anand says he is yet to have the ‘turning point’ in his career, his first-ever commercial with Tata Tea paved his way to Bollywood.

“I do not think I have ever thought of life as turning points. In a way, the Tata Tea commercial helped support my career as a working actor. Post that, I was constantly getting ads and they paid well. It took care of rent and food on the table, and I could just sit and write for months,” Anand says.

He appeared in TV commercials for brands Tanishq, Jet Airways, Citibank, and Policybazaar, among others.

From Spill the Sass to a Netflix star, here is the story of Instagram’s favourite Dolly Singh

Starting out as a director

Anand has starred in Academy Award winner Slumdog Millionaire and also in Hollywood film Fair Game. Acclaimed casting director Tess Joseph was looking for South-Asian looking actors for the opening scenes of the Doug Liman-directed film when Anand got selected for the role of Hafiz.

“It was a beautiful opportunity — to be directed by Doug Liman, and I couldn’t let it go,” he adds.

For every acting gig he got, Anand got actively involved in assisting the directors. One of his plays The President is Coming, eventually became a film and he was an Assistant Director (AD) on it.

In 2012, during his second stint as an AD to Anurag Basu (first was Kites) for Barfi!, Anand started working on an idea with Amritpal, which led to Still and Still Media Collective. He considers it a critical point in his career.

“I think people have now started seeing me more as a storyteller and less of just an actor,” Anand says.

While he continues to be associated with theatre, Anand is not as active on the stage anymore.

“I am committed to my company and to the projects that I have been directing,” he says, adding that Bandish Bandits was a crucial project, which helped him initiate conversations with some of the notable names in the industry today.

“As much as I love acting when I am doing it, as a pure actor, there are a lot of times when you are not just acting but constantly hustling so that you can crack your next gig,” Anand says.

While hustling is important, he feels he can juice out the meat of a project far more as a director, while being involved in the writing and the production.

“Ideally, you do not get to live a full relationship with a particular piece of content as an actor. You just have a great romance with your part. That romance gets over soon, and it is then handed over to the director and the editor to take it forward,” Anand adds.

However, it is different in theatre, he says. A theatre actor gets to romance the same role for years. As a stage actor, Anand has been acting the role of a ‘lamp post’ in a play One on One for 11 years now.

“As a director, Love Per Square Foot and Bandish Bandits took a chunk of me, a part of my soul. I cannot honestly put my hand to heart and say the same about my acting roles,” Anand says.

Anand says two things play an important role in him selecting a script, “It has to entertain and engage me.”

In the recent past, he has been indulging more in the OTT space, as both an actor and director. He says, “The platform [OTT] is very liberating. However, I have no qualms about making content for cinema, digital platforms, or theatre. At the end of the day, we are here to tell stories.”

Anand considers Nasseeurddin Shah and Anurag Basu as his gurus. “Anything that I know about acting is actually all Nasseeurddin Shah’s training and a lot of times, I use his techniques to direct others,” he says. He also looks up to the works of Billy Wilder and Guru Dutt.

He believes he has lived a full life — failures, successes, and mundaneness — and hates dwelling in nostalgia, and loves the fact that he can make a profession out of his passion.

“I still cannot believe that I can make a living out of what I do, because it is so fun. I enjoy the ups and downs,” he says.

Anand’s latest stint as an actor was in the thriller film Nail Polish. Looking forward to 2021, he says he will be far busier as a director than an actor.