Right as rain: The 15 most magical Bollywood monsoon songs you must listen to when the skies open up 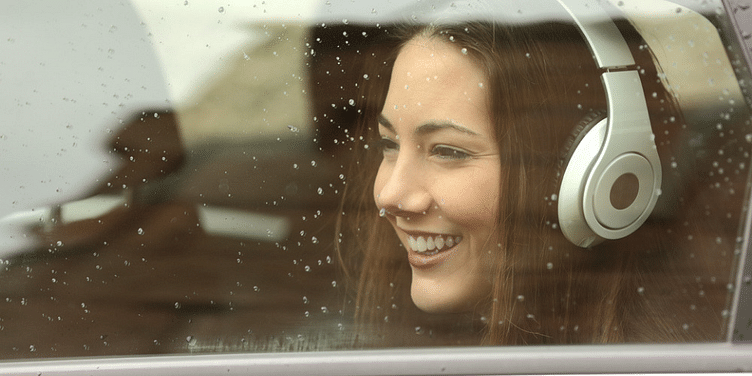 YS Weekender has put together the ultimate monsoon playlist, starting from 1955 and going up to last decade, so the showers don’t rain on your parade.

The rhythm of the falling rain translates into varied meanings for different people. It can be love, happiness, joy, bliss, romance, intensity, poetry or drama, or it can be a mix of all these in diverse combinations.

Whatever your definition may be, monsoon means melodious magic in Hindi movies. Lend us an ear and you’ll know why the monsoon showers can’t rain down on our parade.

The lilt of this Shankar-Jaikishen track combines with the most compelling visual imagery of actors, Raj Kapoor and Nargis. A classic that never fails!

A cuckoo's yearning for the monsoon and a sari-clad child-woman’s desires are juxtaposed in this poignant number by singer, Vani Jairam.

The monsoon also stands for mischief as evinced by actors, Rajesh Khanna and Zeenat Aman’s secret rendezvous on a terrace in the rain.

Quintessentially RD and Mumbai, this monsoon melody sees Amitabh Bachchan and Moushumi Chatterjee walk around Marine Drive as the skies open up.

Amitabh Bachchan makes it to the list again as his high spirits force the always-associated-with-arthouse actress Smita Patil to get moving to Bappi Lahiri’s infectious tune.

There’s something about this peppy RD and Gulzar number that never fails to bring a smile to your face. Singer Asha Bhosle draws you closer to the rain even if you are on an arid highway.

No one can forget sensuous actress Sridevi in a blue chiffon sari sizzling on the silver screen. Sung by Alisha Chinai and Kishor Kumar, this song made Sridevi the siren she turned into.

The soft sound of the santoor and Suresh Wadkar’s soulful voice combine to take actor Vinod Khanna on a trip down memory lane in this Shiv-Hari song.

RD’s swan song gave us this gem that defines the demure, old-fashioned romance between Anil Kapoor and Manisha Koirala in a rainy atmosphere.

You may know Viju Shah only for his techno-inspired music but he did give us this passionate number that saw now-on, now-off actors Raveena Tandon and Akshay Kumar relive their mast mast days.

The soft and slow musical composition by AR Rehman is sure to invoke feelings of longing and yearning, but the romance is sure to put a smile on your face.

Maestro AR Rahman helps farmers in a drought-stricken village try and appease the rain god in this period drama. The joy the rain brings is palpable when the downpour eventually comes towards the end of the movie.

Gulzar and Rahman team up to deliver this rain-soaked ditty in Guru, the film that brought actors Aishwarya Rai and Abhishek Bachchan together. The music is mind-blowingly dynamic!

Let Hollywood have its Singin’ in the Rain! In Bollywood, we’re happy singing - and dancing - in the rain with much gusto and abandon!

From an ordinary Delhi boy to MC Sid: the journey of India’s first wedding rapper