Drive into the New Year with Ashish Shah: 2021 to be the hardest working year for Pepperfry co-founder 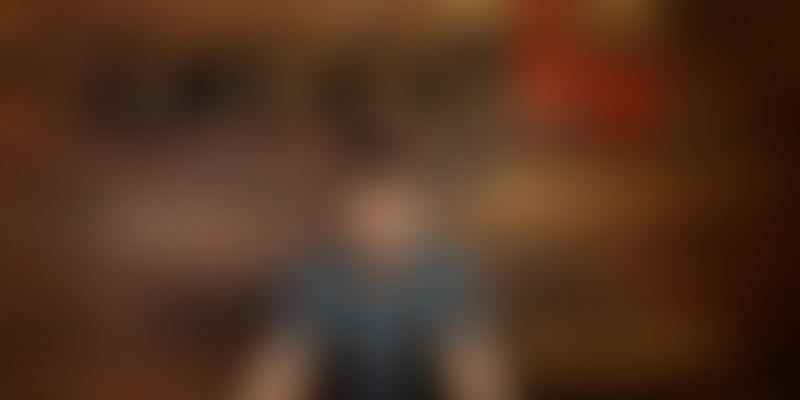 In the last of YourStory’s Drive into the New Year series — which featured leaders as they rev into 2021 and offered a perspective into how Indian changemakers plan to navigate the road ahead, we have Ashish Shah, Co-founder and COO of Pepperfry, in the driver's seat.

Pepperfry has emerged as a leader in the online furniture retail industry. Co-founded by former eBay executives Ambareesh Murty and Ashish Shah in 2012, Pepperfry started out as a horizontal marketplace focusing on fashion and lifestyle. However, today, it is one of the leading furniture startups in the country, and has raised about $197.5 million across six rounds of funding.

After not just surviving, but thriving for close to a decade in the Indian startup scene, Pepperfry is finally close to profitability. In a conversation with YS Weekender for the Drive into the New Year series, Co-founder and COO Ashish Shah says,

“After chasing it (profitability) for more than eight years, in 2020, we finally devised ways to make more money and the entire organisation came together to make it happen. We are close to profitability; it was a moment of pride for us.” In 2019 itself, Pepperfry recorded a 47 percent rise in revenue.

During what was termed as an unprecedented and life-changing year for most organisations and individuals, Ashish says that for the first time in his life, he got the opportunity to slow down and think about himself and his family.

Having gained more perspective, “I am going to make 2021 one of my hardest working years in business,” Ashish says. His priorities for the year are crystal clear -- good sleep, taking care of his health, and more quality time with family and friends.

From a business standpoint, 2020 was a boon for the online furniture marketplace. “It got many people online...By September 2020, we were doing business at pre-COVID-19 levels,” Pepperfry COO says.

Personally, Ashish shares that he has always been an anxious and fast-paced person. “I am an extrovert. Solitude does not excite me, or gets me energy. Not meeting friends and indulging in socialising was very new to me. But I learnt a new way of leading life. 2020 was a defining year for me,” he says.

After having spent close to a decade building his business, Ashish finally got to spend more time with his 17-year-old son and 12-year-old daughter. “I drove a lot of bonding in the family and we spent a lot of time together. I wish to stay this way; these learnings will be with me for the rest of my life,” he adds.

For someone who usually enjoyed, and felt proud for being the first person to reach office and the last one to leave, Ashish’s biggest lesson in 2020 was to refrain from exercising control over everything.

“A lot of times, things happen on their own. Bet on people, allow them to rise up to the occasion,” he says.

One regret? “Not being able to bake a banana cake,” Ashish laughs.

Drive into the New Year: from Nithin Kamath to Gajendra Jangid, the story so far

While the first half of 2020 was spent reassessing decisions and life, in general, when things started normalising by the end of the year, Ashish says he had a few “slips.”

“I led a very disciplined life in the first eight to nine months. Then came the festive season. We started meeting friends and I indulged a bit too much around the holiday time,” he confesses. After five years of resisting a cigarette, the Co-founder of Pepperfry gave up his resolution. Hopeful about what the new year holds, Ashish’s 2021 resolution is to quit smoking again.

He plans to splurge on a month-long vacation in Norway and give scuba diving a shot. “I either want to fly or dive. Flying is a few years away,” he quips.

2021 promises to be an action-packed year for Pepperfry. “We have chalked out our priorities really well. We will get into many new things and I am eagerly looking forward to them,” he says.

On the personal front, Ashish plans to get more sleep, exercise, worry less and enjoy more quality time with family. Additionally, he plans to coach and mentor people.

The Co-founder of Pepperfry is not an avid reader but has picked up A Promised Land by Barack Obama, and Think Like a Monk by Jay Shetty to start  with as he plans to inculcate his reading habit this year. Ashish doesn’t prefer spending a lot of time in front of the screen, however, the entrepreneur indulges in murder mysteries and thrillers every now and then.

He is a follower of Tim Ferriss and Sadhguru’s podcast.

Lessons to live by

Ashish lives by Swami Vivekanana’s saying: Uttisthata Jagrata Prapya (Arise, awake, and not stop till the goal is reached). Ashish is an early riser and he suggests that getting those extra four hours in the morning to oneself has been life-changing. “It sorts your life,” he adds.

To better manage his time, Ashish always uses to-do lists and has a maximum limit set aside for his meetings.

His advice to young and aspiring entrepreneurs is simple:

“Give me my way or I will make one,” Ashish ends.