Who wouldn’t want to explore Harry Potter’s Hogwarts castle or the crypts of Winterfell from Game of Thrones? With fantasy movies and shows becoming increasingly popular, fandom travel looks like the flavour of the season

Whether it is “The Walking Tour for Muggles” across London for Harry Potter fans or a road trip to Northern Ireland to visit Castle Ward's farmyard, the location of Winterfell in Game of Thrones, movie-inspired trips are all in the rage now. Fantasy movies and television series are not restricted to children and teenagers anymore. They are becoming increasingly popular among adults, who are now escaping their mundane lives by going on these trips.

From Game of Thrones, Harry Potter to the Avengers, there's a destination to satisfy all your crazy fan moments. The effect of pop culture on the travel sector has given rise to ‘fandom travel’. Travel activities and service booking platform Klook reported to YS Weekender that there has been a triple-digit growth from India in pageviews of television and movie-inspired activities since February 2018.

Anita Ngai, Chief Revenue Officer of Klook, said, "Shows with unique settings magnetise travellers and inspire travel decisions. At Klook, we have seen an increase in users searching for on-screen experiences, and as travellers become more adventurous, we expect this demand to continue to grow."

Enter the world of the Game of Thrones

Also read: Aloe, rose, or banana fabrics? Wear your love for nature on your sleeve this summer

Much hype has been created as the drama series returned last month for its last season. If the scenes are gripping, imagine what it would be like to relive the moments in the exact locations.

The historic city Dubrovnik has a 'Game of Thrones Filming Locations Tour' to fulfil this dream of die-hard GOT fans. A press release by Klook says, "As a UNESCO World Heritage site, it’s easy to see why the show’s creators gravitated towards Dubrovnik’s Old Town as its setting for King’s Landing."

The medieval town hosts the main plotline and invite fans to experience critical scenes from the show. The tour takes fan through the halls of Lokrum Island, Lovrijenac Fortress, and Trsteno Arboretum.

Another tour named 'Cruises and Walking Tour' allows fans to embark on Daenerys Targaryen's ship on the Adriatic Sea. What more, travellers can enjoy a Dragon Blood cocktail on-board.

Paris and California are soon getting themed-rollercoasters where riders will be teaming up with their favourite Avengers in high-speed adventures.

A walk through Harry Potter land

Every individual who has grown up reading and watching Harry Potter must have dreamt of visiting ‘Platform 9 ¾’. That dream might just come true if you are planning a vacation to London this summer.

“The Harry Potter Walking Tour” in London fulfils all that a Potterhead has ever wished for. From the magical station platform to the iconic Diagon Alley, and of course, the legendary Leaky Cauldron, it has every detail to offer.

It is a full day adventure tour that not only lets you watch what went 'behind the scenes' but also, lets you touch and feel the costumes Harry Potter, Ron Weasley and Hermione Granger wore in the movies.

Korean Drama or K-dramas have been much in the news lately. And if you're a fan of these, head to the Minsok Village in South Korea.

This ancient architecture promises visitors to take back into time to dynastic days. It is also a popular location for filming period Korean dramas including Dae Jang Geum and My Love from the Stars.

Fans can also choose between Gwangmyeong Cave and Uiwang Rail Bike Trip from Seoul by KTourStory.

So, don’t just head for the hills or the beaches this summer. Bring your favourite movies, shows, books, and fandoms to life as you enjoy reliving all those special silver screen moments.

After all, who wouldn’t want to step into Harry Potter’s or Iron Man’s shoes for a day or two?

Also read: The wizards of Oz: Try the robust and trendy flavours of Australian food 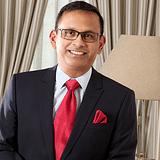 It's easier to succeed if you have failed: Elior India CEO Sanjay Kumar 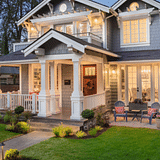 The new home: Here’s how lifestyles will change post COVID-19 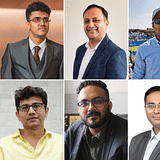 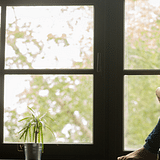 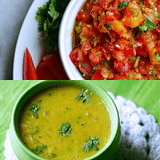