Be it basketball that has helped him develop focus or scuba diving that helps him relax, the founder of the smoothie empire, Drunken Monkey has found his sweet spot to regroup outside work.

Whether it is a spin dribble or a slam dunk by an ace player, or merely the ability to shoot, pass, defend or rebound by a lover of the game, basketball is a sport that requires impeccable motor skills, boundless energy and high focus. Samrat Reddy, Founder and CEO of Drunken Monkey, a Hyderabad-based smoothie chain that has branches in Bengaluru and across 16 other cities in the country, has mastered all three requirements to perfection. He loves sports for other reasons too. According to him, only sports can teach people the value of hard work and the ability to handle wins and losses. 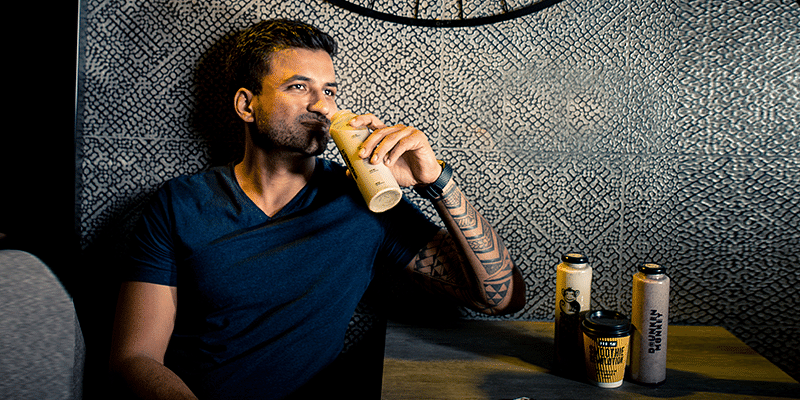 As to how he launched Drunken Monkey, Samrat says his entrepreneurial journey began with the desire to find an alternative to the café culture in the city.

“My whole vision was to do for the smoothie what Starbucks did for coffee,” he says. “Starbucks made coffee a lifestyle. People don’t even say – ‘Let’s go for a meeting’ anymore. They say, ‘Let’s go for coffee’. It is not a product now; it is a way of life.”

Samrat realised that despite the fact that there were a lot of options in food, there were very few choices when it came to fresh beverages. “There were packaged beverages but not too many other options. I felt there was a place for smoothies in the market; not as a healthy alternative, but as an enjoyable drink. Everyone knows what is healthy for them. They know what a burger can do to them and what a salad will do.”

Soon, Samrat hit on the tagline ‘Naturally high’ to describe the experience of drinking a smoothie. He chose the ‘monkey’ as a mascot because it is a happy, energetic animal.

“All the smoothies in Drunken Monkey are completely fresh, with no sugar, no artificial sweeteners and no concentrates – just the sweetness of fruit,” he explains.

Samrat was the captain of the basketball and cricket team at his college. After completing a degree in engineering in Chennai, he worked in Australia for a while before moving to Scotland to do an MBA. But he did not launch his smoothie empire right away. The first enterprise he started was a 3D animation and visualisation firm. Later, he managed his family-owned steel plant, after which he was a part of an oil drilling company in the US and a water treatment plant in Cameroon.

Finally, in 2015, almost seven years after he first thought of a smoothie business, he decided it was time to make it happen.

After a year and a half of research, development and planning, the Drunken Monkey was born. Within a few months, he had kick-started the country’s largest smoothie chain.

When he is not working, Samrat always finds time to play basketball. “I have discovered that though there is a lot of joy in sports, there is also a high chance of failure. Irrespective of the results, you need to improve your game,” he says.

Samrat’s love for basketball began in Chennai as there was a basketball court near his home. He played all through his college years and, even today, he plays basketball every day.

“Internally, we love sports in our office,” he says. “We participate in many tournaments across the country.”

The most important life lesson that Samrat learnt from basketball was being in the present, not in the future or in the past. “It is very hard to be in the moment but we need to learn that we can only deal with what is thrown at us in the moment. I have learnt that whatever happens I have to learn from it and not fear it.”

Samrat is also very interested in scuba diving and has been scuba diving for seven years now. He began scuba diving in Netrani Island, which is located in Murdeshwara in Karnataka. “Now I have an advanced diver’s certificate and can do 40-metre dives and night dives too. It is very relaxing,” he says.

Samrat finds that it is a very unique experience under the water.

“There is a world of flora and fauna under the ocean but it is colourful only for the first 20 feet or thereabouts. After that, it becomes darker and eventually, you can touch the ocean floor. Sometimes if you switch off your torch you will see plankton lighting up in the water.”

Samrat has some advice to young entrepreneurs who are planning to launch a startup.

“You need to be convinced that you are doing something for the right reasons. It is also about how you handle things when things are not fine. You need to have self-belief and be committed to your work.”

“Inner self-belief is super important and you must not just give up at the spur of the moment,” he says. 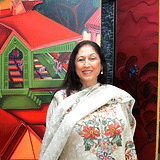 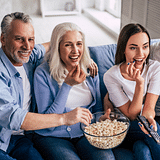 Movie night with mom? Here are six movies to watch on Mother’s Day