Get bowled over: five things to watch out for at ICC Cricket World Cup this year 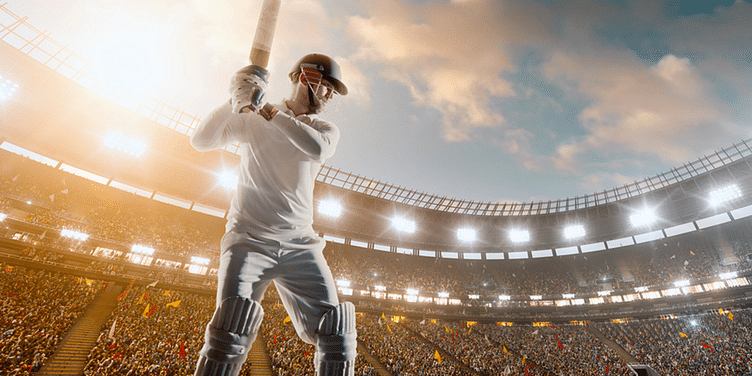 While there is a buzz around MS Dhoni’s retirement after the World Cup, it might also be a litmus test for Kohli’s captaincy this time. Here's what you can anticipate this time...

The fickle English weather aside, there is little that will dampen the spirits of cricket fans who have flocked to England to follow the game they love, and the rest of the world plans to watch the ICC Cricket World Cup 2019 on every digital device possible.

It will also be a season of checkered delights for cricket enthusiasts who will analyse every match from every angle, and love every minute of the action. Whether they are watching a deft flick from a batsman or a lethal yorker from a pace bowler or the countless boundaries, catches, run-outs, and more -- there is bound to be non-stop excitement for cricket aficionados from across the globe.

So, what can we look forward to this year?

India’s World Cup-winning captain and one of the most revered cricketers from the present generation, MS Dhoni is in the twilight of his career, and this could be the last time he makes an appearance on the game’s biggest arena.

Dhoni started well by scoring a splendid century in India’s warm-up game against Bangladesh, and fans are hoping that he continues in that fashion. Like Dhoni, this could be the last World Cup for a few other iconic cricketers as well, who have been great servants of the game - Dale Steyn, Hashim Amla, Chris Gayle, Lasith Malinga, and many more.

No genuine cricket lover would want to miss seeing these greats in action.

Is there anyone who is not waiting for a “Kohli masterpiece”?

No one doubts his stature as the world’s best batsman right now, but questions around his leadership remain despite India maintaining a fairly good win-loss ratio under him.

England is hosting the World Cup for the fifth time, and is possibly best placed than ever before to emerge victorious.

Firstly, it is the top-ranked ODI side currently with most of its players in sublime form. The run-up to the World Cup was dominated by talks of the team wanting to score a first-of-its-kind 500 runs. Secondly, England enjoys the undeniable advantage of playing at home, which the team would hope to exploit.

Both fans and cricket experts have touted the English side as favourites to win this Cup. But, then… if home advantage is all that is required to win World Cups, England would have been four-time champions by now. No?

Media and the medium

Since the first time the World Cup started in 1975, fans and viewers can now access the tournament on the widest range of platforms.

Besides television, ICC will offer catch-up updates on radio and digital platforms, as well as through news outlets, in cinemas, at fan parks, and via other partners. There is a plethora of apps, fantasy leagues, and social media channels as well to keep viewers engaged.

Even if you aren’t watching the game ball-by-ball, you wouldn’t miss out on the euphoria.

Who is the expert?

Though the ICC rolled out a star-studded panel of 24 commentators for the 45-day World Cup, only three Indians made it to list - Sourav Ganguly, Harsha Bhogle, and Sanjay Manjrekar. Indian cricket fans might be divided on their opinions, but their on-air banter will keep everyone engaged.

Master Blaster Sachin Tendulkar will also be making his debut as a TV expert in Star Sports’ pre-match shows. Surely, fans will be waiting for his expert analysis, especially during matches involving India.

India plays its first game against South Africa on June 5. We wish the Men in Blue all the best. We hope the Cup is home this year!

“Gully is not just a word, it’s an emotion, a feeling,” says rapper, hip-hop artiste and Gully ...