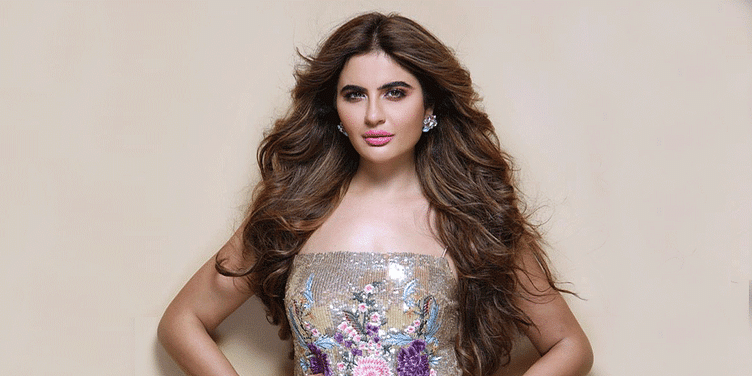 Deepti Sadhwani left a lucrative career in investment banking to follow her dream of getting into the entertainment industry. She talks about her new projects and how a shift in careers can be both exciting and glamorous.

Investment banker-turned-singer-turned-actor, Deepti Sadhwani is on a roll. She has traversed careers with ease, and is now on the brink of several exciting music projects that will take her to new levels of stardom.

Her dance number with director-duo Meet Bros is now in the video production stage while a song with Mika Singh — a fast beat Punjabi Hindi number — is also in the pipeline. Additionally, her track Lalla Lalla Lori with Fazilpuria will be out soon shortly too.

Also coming up is another song Tera Chehra, a romantic track composed by Rahul Nair, sung by Deepti and the video will be filmed shortly. Then, there are around five more songs to be shot and released on Zee Music and T-series soon.

The artiste is already making waves with the music video of Haryana Roadways with Badshah and Fazilpuria, and Toot Jaayein (Clik Records) that were released recently.

In an interaction with YSWeekender, Deepti talks about her work, shooting videos during the lockdown, and her love for music and acting.

“I took up investment banking as I had considered my work in theatre and other shows in the entertainment industry as my hobby,” says Deepti, “When I finished my studies (CA and ICWA), I was placed in a bank. But after one and a half years I realised that this was not what I wanted to do with my life. So, I decided to follow my heart and do what I love doing and make my hobby, my profession.”

Deepti won the title of Miss North India in a beauty pageant and later took part in Femina Miss India and was one of the regional finalists.

But she did not want to stop there. “I wanted to do something in the music and entertainment industry. This is why I eventually decided to change my career,” she says.

There were mixed reactions from her family and friends when she left a lucrative banking career to pursue music. “I had to face a lot of questions — why do you want to do this? People die for a job like yours. Why are you shifting your career course entirely — and more” she says.

Eventually, everyone came to terms with her decision. “But it was a big decision to make,” she says, “I was jumping into another industry that promised no stability and I had no backing either. Also, I had no godfather and there was nobody to help me out. But over time, things started working out. I now believe that if you are convinced about something, nothing on this planet can stop you.”

Salt, sugar and fat: Here’s how processed foods can affect your health and wellbeing

On her new song with the Meet Bros Deepti says, “It is a peppy dance number called Butterfly, which is being shot in the main locations of Dubai, like beaches and cafes. I can't disclose more because it will take about a month for its release.”

Deepti will feature in the video along with the Meet Bros, who have performed the rap portion of the song.

Saying that she also had fun working with rap star Badshah and singer Fazilpuria, Deepti defines it as “an amazing experience”.

The video was filmed in Chandigarh, Panchkula, and Mohali.

“It was my first collaboration with Badshah and we had a lot of fun,” recalls Deepti, “It is also special because it was shot during an unforgettable time [the lockdown] and it was quite difficult to manage as we had to take a lot of safety measures. It is the first-ever song based on the roadways and buses of Haryana.”

Due to the pandemic, only 30 to 35 people were allowed on the set during the shoot. “I got tested and I quarantined myself post the shoot as well,” she adds, “Even here in Dubai, everybody needs to get tested 48 hours prior to departure and again on arrival. When we land in India, we will get tested again.”

As for her own preferences in music genres, Deepti says, “I love romantic songs, especially the ones from the 80s and 70s. Old tracks are my favourites, but my one and only music icon is Lata Mangeshkar. I respect her greatly for all that she has given to this industry.”

A career in acting

Deepti’s roles in TV serials like Tarak Mehta ka Ulta Chashma and the reality show Hasya Samrat were new frontiers for her.

“I had never thought of doing television, and even today I can say that television is not my thing, especially daily soaps,” she says, “I need instant reactions from the audience when I perform. But, yes, my experience in Tarak Mehta was amazing. Hasya Samrat was fun because it was a laughter reality show and a lot of jokes on the show were spontaneous. I enjoyed doing both.”

“I have only one tip, that I would like to give people,” says Deepti, “Follow your heart and follow your passions. Do not do something just because others are doing so. Take it up only because you really want to do it, otherwise, you won't love your work.”

Her motto in life is to always stay prepared. “You should never get into an industry unprepared,” she explains, “You should be ready to work really hard. Training is of utmost importance. If you want to take up a career, you need to get trained and work hard.”