Taste maker to the nation: A tribute to the culinary legend, Jiggs Kalra 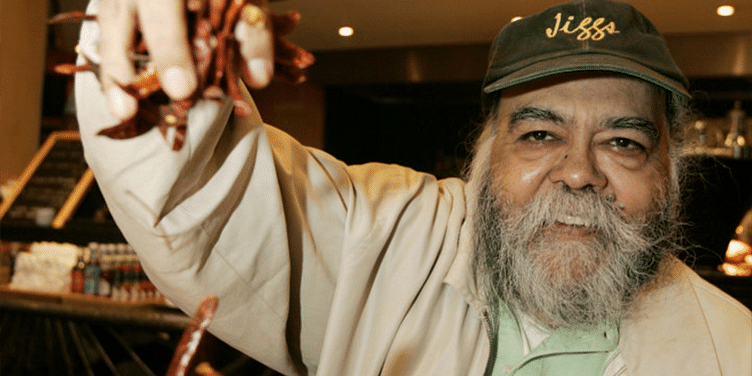 Jiggs Kalra, celebrated chef, famous food columnist, restaurateur, author and food consultant, who passed away recently, has often been referred to as the "czar of Indian cuisine" and "taste maker to the nation". Our columnist pays a tribute to this culinary genius...

Every decade or so, our lives are blessed with the presence of a culinary genius who can take a simple dish and create culinary magic. American food habits were transformed by Anthony Bourdain, France considered itself the culinary capital of the world thanks to Georges Auguste Escoffier, Spain gained prominence with master chefs, José Andrés and Ferran Adrià and back home in India the legendary Jiggs Kalra redefined fine dining with the glow of his brilliance until he passed away peacefully on June 4th 2019.

Despite being confined to a wheelchair by a stroke suffered when he was just 53, Jiggs was full of life, laughter and the joy of creation. Unlike many of his contemporaries bitten by the modernity bug, Jaspal Inder Singh Kalra took a genuine pleasure in researching and recreating traditional recipes.

He was never one for shortcuts: painstaking traditional method was his form of madness and he communicated his joy by sharing the fruits of his labour with his faithful fan following who were legion.

Hard work, research, good ingredients and sound methods equalled good taste in his manual and he was rigidly uncompromising on this front. Despite his innate good taste and discernment, he wore his learning lightly by which I mean he knew his onions and a hell of a lot more.

When he got the plum assignment of handling the catering for the Agra Summit, Jiggs pulled out all the stops for the banquets dishing up an Awadhi biryani studded with gourmet powdered pearls and a fabulous dish of grilled freshwater prawns, marinated with Zarraqoosh and Shilajit cooked on fired coral, which Vajpayee greatly relished. Tomato (thakkali) rasam from Chennai was the soup du jour with Dingri Shabnam (mushroom koftas stuffed with cheese) for appetisers along with his legendary Kakori Kebabs made with a blend of 30 spices. Dessert was Tiranga and Pista Kulfi, embellished with cardamom and saffron from Kashmir.

Jiggs introduced me to Imtiaz Quereshi, creator of the Dum Pukht brand and the first Indian chef to receive the Padma Shri in 2016 and intuitively stepped in as translator when he realised that I spoke no Urdu. He generously shared his people skills and masterly PR with Quereshi to help him realise his full potential and become ITC Welcomgroup’s Master Chef, an incredible achievement for a humble khansama. Both men share a reputation for reviving age-old delicacies from the royal kitchens of India and if Bill Clinton treasured his Bukhara experience as the highlight of his India visit, we know who to thank.

Jiggs was a prolific writer who published 11 books, including “Prashad, Cooking with Indian Masters,” considered to be the Bible for budding chefs and was instrumental in tracking down and promoting chefs who practised traditional methods of cooking.

Not many will know that the Galouti Kebab, now a staple in every pub, bar and upscale dhaba was virtually unknown until Jiggs realized that like many a gem of purest ray serene, the Galouti was blushing unseen and wasting its beauty on the desert air.

Ironically Jiggs did not take any formal training as a chef: he just took to the kitchen naturally and once his instincts took over, there was no stopping him.

Jiggs was the first Asian to be inducted in the International Food and Beverage Gourmet Hall of Fame, as well as the first to conceptualise and host an Indian food- based television series. He founded the brand, Massive Restaurants, where he was Mentor and Culinary Director, launching great concepts like Masala Library by Jiggs Kalra, Made in Punjab, Farzi Café and Pa Pa Ya.

He is survived by his son, Zoarawar, who runs the business and his daughter-in-law, Dildeep.

Ambrosia, the food of the gods, will not taste the same now that Jiggs is there to show them how it’s done.

On the go: From Amsterdam and Berlin to Ho Chi Minh City, this travel startup will take you on ...

Celebrating motherhood: 5 ways to make her feel special on Mother’s Day and every day!

“Be yourself; everyone else is already taken.”: Akshay Narvekar, founder Bombay Shirt Company