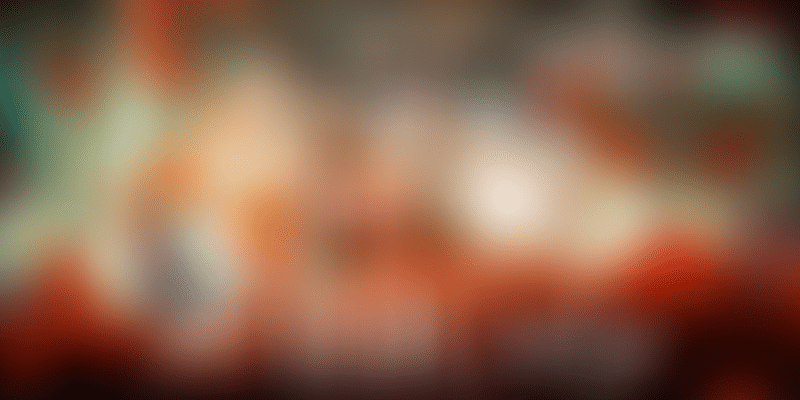 The series features six couples — two in each episode — who are getting married. It is Netflix’s modern take on traditional Indian weddings — almost like a sequel to the much-talked-about Indian Matchmaking, especially the first episode.

The first episode ‘Love is in the Details’ features long-term couples Aman and Divya, and San Francisco-based couple Nikhita and Mukund. Aman and Divya have been together for 11 years (12 according to Aman), and want to celebrate their wedding at the Alila Fort Bishangarh, in Jaipur.

While indulging in extravagance, Divya wants the wedding to be ‘sustainable’, employing and involving as many local artists as possible, and reducing carbon footprint (yet her guests are flying down from other countries).

Nikhita and Mukund, on the other hand, fly all the way from California to Chennai, to celebrate their wedding closer to their roots.

Nothing short of a fairytale — with Alice in Wonderland-themed sets, large keys, and high-teas, the wedding itself takes place in Mahabalipuram, with the sea as the backdrop, and is very much Americanised.

The first two weddings are what big fat Indian weddings look like, with six-figures expenses, full of grandeur, pompous, and show-off.

Pallavi opposes kanyadaan and every other ritual that expects the bride to behave a certain way — usually shy, face under the ghunghat, and not having an opinion. Ami and Pallavi are strong-headed women who know what they want, and how exactly they want it.

But, their ‘strong headedness’ takes on a difficult turn sometimes as the brides go to the extent of dismissing surprise sangeet performances by their family, saying they ‘do not like the song’.

The third and final episode is the only one that manages to keep the audience glued to the screen. It attacks two major stereotypes associated with Indian culture — inter-religion marriages and homosexuality.

It features Aditya and Gayeti, and Goa-based gay couple Tyrone and Daniel. This episode is a respite from the outlandishly lavish weddings in the first two episodes. Gayeti and Aditya’s wedding is a private affair and resonates with modern Indian couples and their sentiments.

Tyrone and Daniel have two wedding ceremonies — one in Germany and another in Goa, to please both sets of parents, and is again, an extremely private affair.

The Big Day is not the first time that the Indian audience is introduced to a lavish wedding show. In fact, it has been an emerging genre over the years with shows like Band Baajaa Bride with Sabyasachi, the unfamous Rakhi Ka Swayamvar, and the most recent one — Made in Heaven.

While the show tries hard to touch upon important themes like such as the bride’s role in a wedding, stereotypical rituals, equal participation of the bride and groom’s families, it fails to dive deep into the issues.

Positive shots (of Ami and Pallavi not indulging in the Kanyadaan ritual in their respective weddings), fail to send across their messages and often comes off as negative ideas (with the mothers failing to understand the what and why of dismissing the ritual).

The Big Day seems a bit superficial to the audience, and never showcases the ‘chaos’, which is an integral part of Indian weddings. It talks about the challenges and issues, but never really portrays how each couple deals with these challenges during the wedding arrangement. The audience is made to believe that these particular problems magically vanish.

The show never bothers to discuss the outlandish expenditure of conducting a lavish Indian wedding, or how a man and wife have to be equally involved in the wedding affair.

In more than one instance, the to-be-grooms are seen boasting about how the wedding is going to be a ‘surprise’ for them, and they have let their brides manage things ‘on their own.’

The background score of the show reminds one of the title song of Amazon Prime Video’s Modern Love.

Overall, the 45 minutes-long episodes are an easy watch for viewers, who enjoy watching Instagram wedding videos of social media influencers, without having to delve much into their personal lives or problems.