Grofer's Albinder Dhindsa: The fear of failure keeps me going 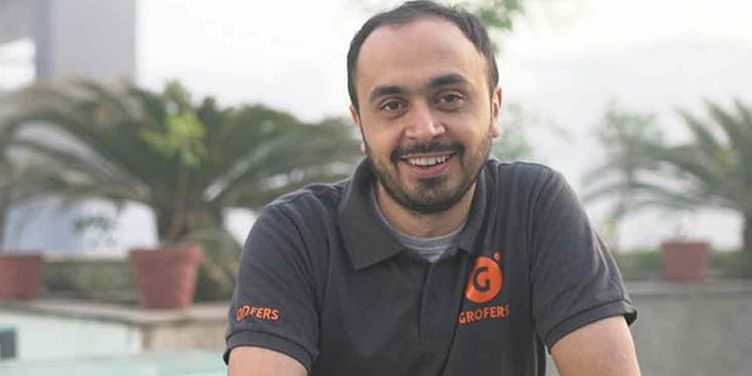 Albinder Dhindsa has come a long way since his college days at IIT-Delhi and later Columbia Business School. Before starting up with his friend Saurabh Kumar, Albinder worked with UBS Investment Bank and Zomato. Today, the entrepreneurial venture of this 35-year-old from Punjab has gained the attention of many global investors.

Contentment. You should be happy with what you have

Which living person do you admire the most?

I am fairly cynical person, so it is hard to answer it. Everyone has their flaws – so why put them on a pedestal?

I love cars. I have four, including a Gypsy and a BMW, which I bought in 2012 before starting Grofers. (I regretted the decision later, as I had to pay EMI for months. My family is also crazy about cars)

Nothing. I have been self-conscious throughout my life, but not vain.

Despise is a strong word. I don’t despise anyone I know. If I despise someone, I won’t talk to them. I don’t believe in having a public personality.

What is the quality you most like in men and women?

When and where were you happiest?

Multitasking. I would also like to understand music or an instrument.

I am okay with my life. I would probably like some self-control. I get addicted to things quite easily. But if I change that, I may feel like I am not me.

Whatever I am doing right now

Myself. I may be able to do things better the second time around

My home, wherever it is.

Professionally, it was when we were not able to figure out how to grow the company. Personally, you will have miserable experiences every now and then.

I am good at talking to people. But I don’t do anything dishonest. I do what I say, I say what I do.

I read only business books now. I don’t have a favourite writer; but I have favourite books.

Who is your fictional hero?

My parents. They didn’t really have a background on education, but they took some right calls. They encouraged education. I look up to my older brother too. He is in the Civil Services. Our parents trusted our decisions

What do you dislike the most?

I don’t carry around any regret

Peacefully; without suffering. Hopefully, in sleep

Whatever you do, always make progress – step by step with conviction