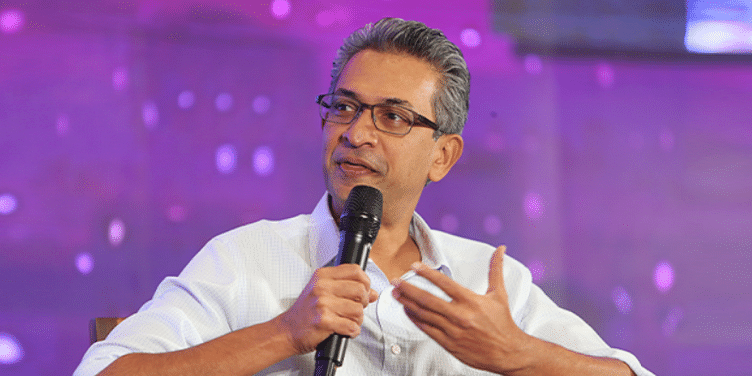 Surge — ﻿Sequoia Capital India﻿'s rapid scale-up programme — posted from its ﻿Twitter﻿handle a never-seen-before avatar of Rajan Anandan, on Friday, March 12. The Managing Director of Sequoia Capital India is seen grooving to James Brown's I Feel Good in the video.

Surge posted: "In case you didn't know it, Rajan Anandan is super excited about all the amazing applications that are coming through."

In case you didn’t know it, @RajanAnandan is super excited about all the amazing applications that are coming through. 🤣

The video is an attempt to call for potential entrepreneurs and startups to be a part of Sequoia India's Surge cohort.

Within just a couple of hours of the tweet being posted, it became the talk of the town on the social media platform, and among entrepreneurs and business leaders. Rajesh Sawhney, Co-founder and CEO of InnerChef, commented "This is so funny; well done guys."

Users poured in comments praising the investor. One of the users wrote, "Hands down the most sporting leader in the VC world," and yet another said, "I'd apply to Surge JUST for this Rajan!"

Upasana Sharma, Director of TiE Delhi-NCR, retweeted the video, writing: "With a boss like this we don't survive. We thrive!"

With a boss like this we don't survive. We thrive! @TiEDelhi https://t.co/smSaobmprZ

Rajan Anandan’s tips to startups on surviving the coronavirus crisis

So excited, has to be @RajanAnandan - one of the best founder’s champion - @_surgeahead 5th edition is on the way :-) https://t.co/eqHU1kWnCg

An initiative by Sequoia India, Surge helps clear the hurdles of raising the initial rounds of investments for early-stage startups. Entrepreneurs who join Surge get access to capital, community, company building support, and cross-border experience, to launch or accelerate their companies.

A bi-annual acceleration programme, Surge invests in companies that are based in, or are building for, the Indian and Southeast Asian markets. Every Surge cohort accommodates 10 to 20 startups and the cohorts run for 16 weeks.

Surge invests $1-2 million in all the participating companies at the beginning of the programme, in the form of equity.

How to deal with seasonal allergies