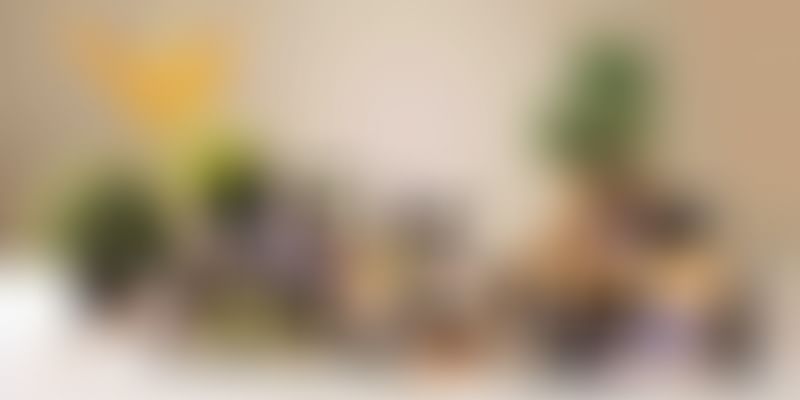 Mumbai-based Neemli Naturals is a homegrown and hand-crafted clean beauty brand founded by actor Rameshwari Seth and her son Bhaskara Seth. It has also forayed into the US and South African markets.

Actor Rameshwari Seth is fondly remembered for her debut role in 1977’s Dulhan Wahi Jo Piya Man Bhaye. After spending more than two decades in the Indian film and television industry, Rameshwari has now changed the course of her career.

In an earlier conversation with YS Weekender, the actor had said, “Films have stopped being interesting for me for a long time now. Somehow, you are creatively never satisfied if you do not do a well-etched role for an older woman...and there are hardly any roles available.”

While continuing to produce ad films and TV serials with husband Deepak Seth, Rameshwari has now taken the entrepreneurial route along with son Bhaskara Seth. In May 2018, the mother-son duo founded clean beauty brand Neemli Naturals.

The Mumbai-based brand aims to be the “clean beauty standard in India for natural beauty,” Bhaskara tells YS Weekender.

With a client base of around 50,000 customers, and a retention rate of 30 percent, Neemli Naturals’ products are available on leading ecommerce platforms such as Nykaa and Amazon, besides its own website.

Offline, the brand’s products are available in Foodhall and boutique stores across the country. Additionally, Neemli Naturals is also available overseas in the US and South Africa.

The Seth family have a weekend home business in Kashele near Karjat, named Neembada. When Deepak’s nephew Manu Seth came to stay with the family a couple of years ago, he started making handmade soaps, oils, and candles at the farmhouse.

Soon after, Rameshwari and Bhaskara decided to sell these cold-pressed soap bars at the Saturday night flea market Arpora in Goa, under the name Bandra Soap Private Limited. “Those first few months of actually selling our products and getting a great response motivated us to go further,” Bhaskara recalls.

A year later, the duo decided to relaunch the brand, adding more SKUs to the range. They researched different ingredients, travelling from Kannauj to Sikkim, sourcing raw materials from small scale producers to maintain the quality of the products.

“There was also an emphasis on sustainability by ensuring the whole range is vegan and cruelty-free as we love our furry friends,” Bhaskara says.

Thus, in 2018, the duo launched Neemli Naturals. The first few months were tough for the brand since no one really knew about the products. “Our customer reviews, in the beginning, encouraged us and gave us faith that this would one day become something we would be really proud of,” he adds.

Neemli Naturals was started with an initial investment of Rs 1 crore.

But why Neemli? “Rameshwari was hellbent on naming it Neemli, inspired by the farm where we originally make our products (Neembada)...In the hindsight, we couldn’t have asked for a better and more unique, Indian name,” Bhaskara says.

For Neemli Naturals, the focus has always been on providing high-quality products that truly work, accommodating the company’s vision of using natural and vegan ingredients. “While creating the products, our focus was not on pricing but rather its effectiveness,” Bhaskara says.

With the formulations, the team makes a bunch of test batches in variations in concentrations, blends, and ingredients that are skin safe. “We test them in-house with our team and willing people,” he adds.

Some parts of the formulation and R&D is done in-house while, for the rest, the team outsources formulators, microbiologists, and aromatherapists. This testing and prototyping process takes from six months to a year. Post that, the team figures out the packaging, including bottles, boxes, and caps with the labelling.

“Packaging is sourced from our trusted vendors and manufacturing happens across our network of manufacturers, who are entrusted to make our formulations and pack them,” Bhaskara explains.

Once the prototype look is ready, the batch is released on the website and then to subsequent retailers. Neemli Naturals products are FDA certified and PETA certified.

The team consists of 10 people, and a couple of freelancers and consultants who work on marketing, product formulation, and supply chain.

Neemli Naturals targets women between the ages of 25 and 40 years. Its main channel of marketing is social media platforms Facebook and Instagram, for which it creates relevant content for skincare including informative videos and images. Bhaskara says that the brand heavily invests in performance marketing as well.

The Mumbai-based brand charges Rs 225 for mini versions, and the price can go up to Rs 2,250 for the full-sized serums. “Funnily enough, our top sellers are our serums that are also our most expensive products,” Bhaskara says.

The bootstrapped startup claims its revenues are growing by 4X year-on-year.

Get Gorgeous: How Vanity Wagon is taking the organic beauty marketplace by storm

Brands like Kama Ayurveda, Forest Essentials, Mamaearth, and The Mother Co., have been making some noise in the Indian clean beauty market for some time.

But, Bhaskara says, “We see ourselves competing with the best of the best like notable Korean and American brands that we really respect. Honestly, our products are right up there in terms of quality and effectiveness.”

Going ahead, Neemli Naturals wants to expand into haircare, nutraceuticals, and simultaneously, grow its space service vertical, for which the team plans to raise external funds as well. Geographically, it plans to further expand in the US market, Middle East, and ASEAN countries.

“There is a lot of interest we have garnered from South Africa too, which could be a great market for us considering the Indian diaspora,” Bhaskara says.

The brand is also planning to launch its face masks and serums in the next few months.