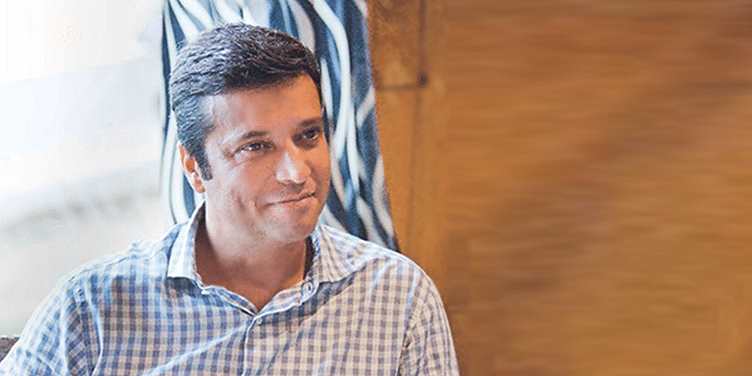 Arun Vasu, Chairman and Managing Director of TT Group loves water sports and has launched projects that have helped transform the fisher folk village in Covelong, near Chennai.

There is more to Jonty Rhodes than just naming his child India. The South African cricketer unfailingly visits Chennai every year to participate in a surfing festival. Water sports in India and that too in conservative Chennai? It may sound a bit unbelievable like Jonty’s catches at silly point or cover, but it’s true.

For the past six years, the coastal village of Kovalam, 40 kilometres from Chennai on the East Coast Road, has come alive with Covelong Surfing Festival featuring fierce surfing competition for both men and women, music at sundown and festivities through the day every July. All this thanks to the passion of Arun Vasu, Chairman of the TT Group. What is his role in the sport? Read on… 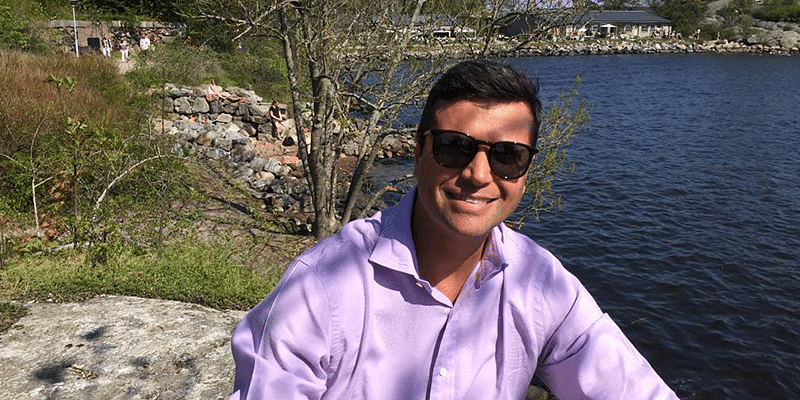 Arun Vasu is a scion of an early business conglomerate from Madras, the TTK Group, founded by TT Krishnamachari, independent India’s first Finance Minister in Jawaharlal Nehru’s cabinet. Arun didn’t inherit the family business but has established his own line of business and is the Chairman and Managing Director of TT Group. Logistics and insurance form the core business of this group. Apart from his entrepreneurial ventures, his passion for water sports has helped transform fisher folk village Covelong (Kovalam), near Chennai, into one not circumscribed by the sea.

Arun Vasu was born to T. Vasu, son of TT. Krishnamachari and Stina Vasu, a Swede by birth. The minister was popularly known as TTK and established an indenting business in 1928, which eventually grew to become the first organised distribution business in India.

Talking about his childhood, Arun says he grew up absorbing two vastly different cultures -- South Indian tradition in Chennai and a Western world view from Sweden. Arun’s career as an entrepreneur following the family tradition was not paved with roses. The group also went through tough times and, also as time went by, split into parts managed by the succeeding generations. “I started a new line of business on my own. Basically, I had to pull my socks up.”

For the love of windsurfing and water sports

Adventure and the much assailed South Indian ‘attitude’ are worlds apart. The focus on academic excellence, financial wizardry and engineering excellence is characteristic of most people. The cerebral is celebrated. Studies always takes precedence over sports. 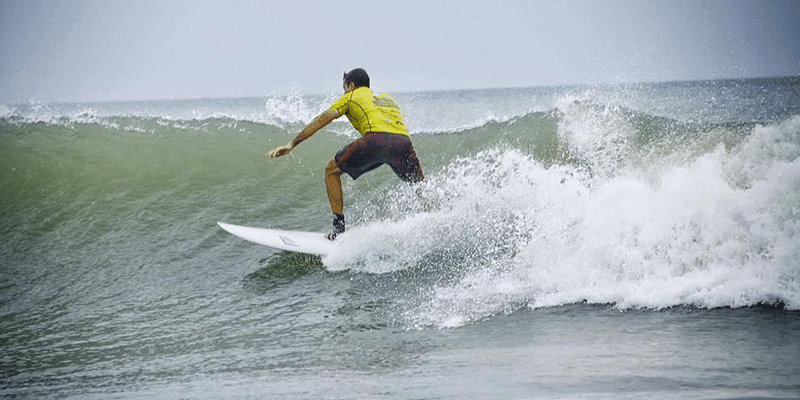 Arun is passionate about water sports

But Arun has always been adventurous by nature. “I have a weakness for water sports,” he says.

“I started sailing when I was six or seven years old. That was new but it was the only water sport available in Chennai. When I was 13, something different happened. A friend of my mother’s family came to Chennai and he was a windsurfer. That fascinated me. It was a sport that helped me blend with nature.”

Later, during my college, I won two windsurfing national tournaments in Goa and Bombay. From there, I got into scuba diving, water skiing, rowing. I tried surfing but couldn’t.”

There was no stopping then and Arun took to water sports with gusto. 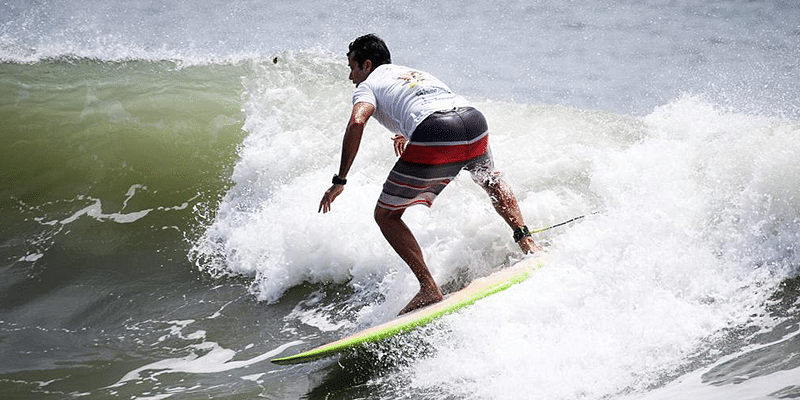 The Covelong Surfing Festival is a bit hit among young people

Strange connections do happen, and it was one such event that brought surfing to life at Kovalam. Megavan Murthy, son of a fisherman, was practising surfing on the waters of his village, Kovalam, as a pastime, having received a surfing board from a considerate visitor from abroad.

The Bay of Bengal has a rocky surface besides curving at a bend at Kovalam to generate enough high tide, making it a natural fit for surfing. Nothing changed for Megavan until Yotham Agam, an Israeli singer, saw him surfing. Yotham spoke to Megavan and understood his dreams of a surfing school.

When Yotham, a close friend of Arun, spoke to the latter about Megavan’s passion for surfing, it made an instant connection. Arun met Megavan immediately. “Ten minutes into the conversation and I was very impressed with his ideas,” says Arun. “Surfing had given him a direction in life. That had given him a focus after tsunami and he wanted to share it with his village. When I met him again a couple of days later, I told him to launch the project.”

Those meetings changed Megavan’s life and Kovalam’s tryst with destiny. It also took the village out of its ordinary status to a new crest of fame. Thus began an enduring partnership that has given rise to Covelong Surfing School and the annual Covelong Surfing Festival, changing the fate of youth in Kovalam forever.

The best way to de-stress

The joy of riding waters is both fun and a huge de-stressor for the surfer. Surfing is largely thought of as a sport where the body becomes one with nature and the mind is refreshed.

Arun’s love for surfing began with his love for water, which he has enjoyed since he was a boy.

“Surfing sets the mind free from clutter and gives me focus.”

It also brought him in contact with a village and its simplicity of life. He wants to establish Covelong Surfing School in many points along the east coast of Tamil Nadu. Looking back, Arun feels that his outlook towards life has become lighter and more focused due to his love for surfing.