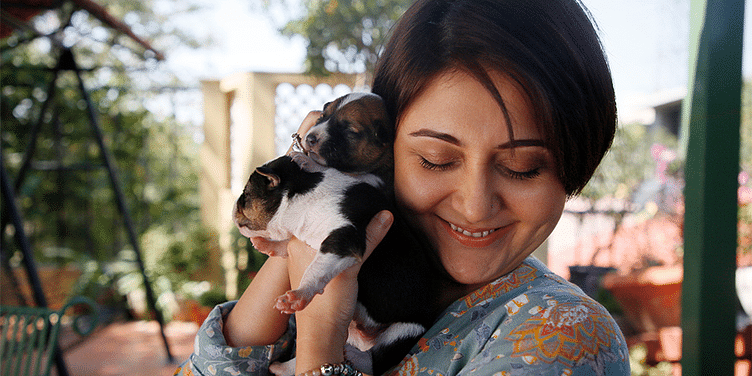 Recently, actor Swastika Mukherjee wowed her audience with her roles in Dil Bechara and Paatal Lok. In an interaction with YS Weekender, the actor talks about the rise of OTT and its effect on the industry...

Whether perched in a rickshaw beside Sanjana Sanghi in Dil Bechara or as Dolly Mehra, the wife of news anchor Neeraj Kabi in Paatal Lok, the inimitable Swastika Mukherjee captured our hearts with her acting.

The year 2020 has been very eventful for Swastika as both Paatal Lok and Dil Bechara were released almost back to back on Amazon Prime Video and Disney+ Hotstar, respectively. Though the actor has been in the film industry for over two decades now, she shot to new heights of popularity with her latest works.

As for Dil Bechara, it was a coming-of-age romance movie, directed by Mukesh Chhabra, based on John Green’s book The Fault in our Stars. It featured actors Sushant Singh Rajput, Sanjana Sanghi, among others.

In Dil Bechara, Swastika comes across as the mother, who is the balanced voice in the home. She is strict when needed and yet consumed with great love, tenderness, and helplessness when it comes to her daughter, who is suffering from a terminal illness.

In real life, Swastika is no shy violet. This actor is known for calling a spade a spade, her razor-sharp intellect, and strong opinions on socially relevant issues.

In an interaction with YS Weekender, Swastika talks about her role in the film and web series, her journey in the film industry, and how she has evolved as an actor over the decades.

YS Weekender (YSW): Can you tell us about your role in Dil Bechara?

Swastika Mukherjee (SM): I play the character of Kizie's mother — Mrs Basu. I asked Mukesh (the director) a lot of times. “What is my name”, “Give me a name”, and every time he said, “You are just Kizie’s mom. That is your identity.”

When he briefed me, he said Kizie Basu’s mother’s existence revolves around Kizie. She is suffering from a terminal illness and her mother’s life starts and ends with her. It is about caring, protecting, and giving her endless love and warmth.

As parents, we do everything for our children, but if you have a sick child, I think the responsibility, anxiety, and precautions increase manifold. I would not say that I really had to work a lot or really work harder to play Kizie’s mother because I am a parent myself and Sanjana Sanghi, the actor who plays Kizie is a just a few years older than my daughter Anwesha.

Naturally, I became Sanjana’s mom and we shared a great bonding on the set, and I am so happy that we kept in touch even after the film was over.

YSW: What did you like most about your role and what were some of the challenges?

SM: I think the only struggle we had as actors (or rather, for me) in Dil Bechara was that we shot in Paris when it was very cold. Shooting scenes during the winter in Paris was torture.

I wore sarees like Bengal Tangail, Jamdani, and a lot of Orissa handlooms, but I could only wear one coat and one pair of gloves to go with them. I wanted to use muffler and caps and whatever I could wear but I couldn’t because I didn’t want to look bloated on screen.

Otherwise, my experience has been wonderful and I could see an extension of myself in my role.

YSW: How did you get your role in Paatal Lok?

SM: I got my role in Paatal Lok through auditions. I was approached by casting director and actor Abhishek Banerjee and I sent the audition tape. My friend’s dog Tito refused to step out of the space where I was giving the audition, so he featured in the audition tape as well.

I think Tito has been the lucky mascot for me. Also, my character Dolly Mehra loves stray dogs and I think, somehow a dog being a part of the audition worked wonders for me.

It is great that every role is decided by casting agencies. You can send tapes through emails or WhatsApp, or you can do auditions over Skype and Zoom. You don’t have to live in Mumbai to work in a Hindi language film or a web series.

YSW: What was the experience on the sets like?

SM: Working in Paatal Lok was an amazing experience. It was the first time I shared the screen with an animal. I always keep dogs above humans and I am an avid dog lover. I have a stray at home I rescued from the streets. She is about four years old and her name is Phulki.

I got to share this amazing bond with my on-screen dog Savitri, who is also a stray. The entire unit was full of dog lovers and so, everybody took a lot of care of Savitri.

Also, I shared the screen with Neeraj Kabi, whom I had worked with in Detective Byomkesh Bakshy, and there were a lot of Bengalis on the sets. We had lots of fun but again, we shot in Delhi during the winters, which was the only difficulty that I faced.

Paatal Lok and Dil Bechara happened one after the other and both have been amazing experiences for me as an actor and as a human being.

YSW: What was the hardest part of playing the role of Dolly Mehra?

SM: The most difficult part of playing Dolly Mehra was the anxiety scenes in which I had to enact Dolly’s turmoil from dealing with mental health problems. This stressed me out because I did not want to do it superficially.

I had to watch and research on people who suffer from anxiety to do this role. I did a lot of homework for the show and also attended workshops with Sudip Sharma, who is the creator of the show. We also had mentors who helped us during the workshop sessions. I could not overdo it or underplay it, but make it as raw and real as possible. That was a challenge for me as an actor because I have not played this kind of character before.

Getting that perfect was the main struggle and the most difficult part but the response has been quite overwhelming. I received messages and mails and letters from psychiatrists and therapists from all over India who handle patients with anxiety attacks and with mental health problems.

They said that they felt I personally might have faced these problems in my life because it looked and felt so real. I think It is the biggest award I could have gotten as an actor.

YSW: How did you get into acting?

SM: I have been working for 20 years now. I was studying at Jadavpur University in Kolkata and I had a huge group of friends in college.

One of my friend’s father was a very famous TV director and he convinced me to do a TV series. I took up the assignment thinking that I would get some pocket money.

YSW: What was the experience of working in your very first TV series?

SM: When I started acting, I didn’t take my role seriously and I did a very bad job. When the reviews started flowing in, I realised that the show was getting great reviews, but I was being trashed.

My father is a veteran in the industry and his prestige was at stake because I was constantly being told how bad I was. I felt so humiliated that I started to take it more seriously. I started concentrating and focusing on the work I was doing and started taking a lot of tips from my father.

This assignment led to another, and I began to do a lot of work on TV for about three to four years in the form of telefilms, daily soaps, short films, and later commercial films.

YSW: How did the entertainment space change at the time?

SM: Around 2008, I felt there was a shift happening in the Bengali film industry and films were taking a turn into more sensible cinema. The broad demarcation between commercial films and art house cinema was getting blurred.

Soon, independent films and Indie cinema emerged. That year, I started changing my path and got in the middle path — films that were neither commercial nor strictly art house but catering to an urban audience.

YSW: What would you say about the OTT space now?

SM: I would say that another revolution has arrived in the form of OTT platforms. The kind of content and films or originals or web series that directors, filmmakers and production houses are making are very close to reality.

The actors look as real and raw as possible. The incidents and situations are very real as though it is documented in the streets of our country or in the homes of the citizens.

While this shift is happening, I have also been shifting, being a part of this new revolutionary space.

YSW: How have you evolved as an actor over the years?

SM: There have been lots of ups and downs. If you have survived 20 years in the film industry and are still holding your fort, it takes a lot of courage, strength, sacrifice, heartache, and letting go of family time, though I really tried to spend time with my parents when they were alive. I do try to spend quality time with my daughter when I am not working.

It has been a very long journey. As a youngster, all I really wanted was to study, get into higher studies, and into academics.

But I think God had different plans and so, here I am with a big film release like Dil Bechara, even after 20 years of my acting career.