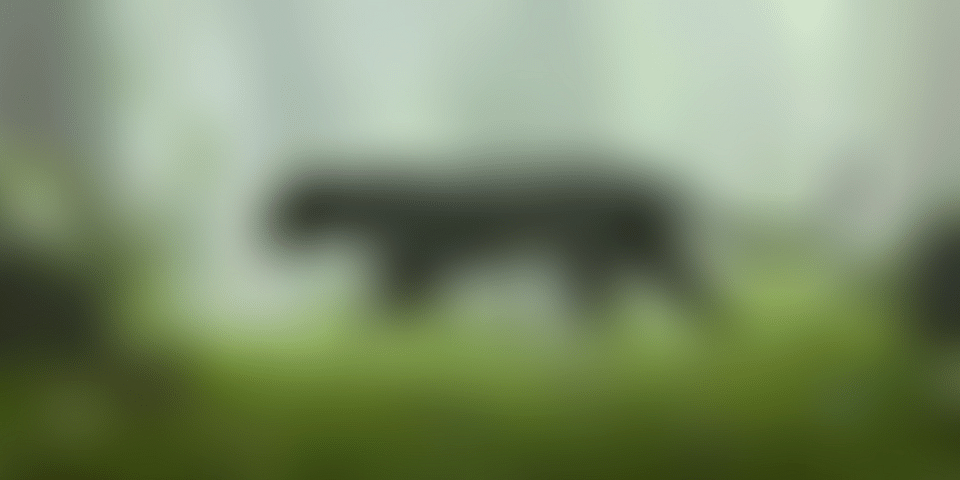 Shaaz Jung, wildlife filmmaker and photographer, shot to fame with his recent photos of black panther Saya, which went viral across the world and received widespread appreciation. Read on to know more about him and his work.

Remember Bagheera, the beautiful black panther that enthralled us in the film, Jungle Book? Bagheera seemed to have taken over our social media pages recently when photographs and a video of a black panther went viral across the world.

It wasn't Bagheera though.

The black panther, caught on camera by photographer Shaaz Jung, was Saya, from the dense forests of Nagarhole.

The love for wildlife runs strong in Shaaz's blood. His father, Saad Bin Jung is a filmmaker, photographer, and conservationist who left a career in professional cricket to pursue his love for wildlife. No wonder then that Shaaz fell in love with the forests early in life.

Passionate about wildlife and known for his larger-than-life portrayals of his wild subjects, he went on a 10-year journey to jungles across the world, including in India and Africa, often waiting for hours and days to get the perfect shots of big cats in their natural habitat.

The images and video of Saya were a huge hit on social media, with the video garnering two million views. But not many know that the photographer spent three excruciating years to film it.

The Saya series, shot in the Nagarhole forests, trained the spotlight on the elusive black panther and received widespread appreciation from BBC, wildlife enthusiasts, and celebrities such as actor Kareena Kapoor Khan.

In an exclusive interview with YSWeekender, Shaaz talks about his love for the jungle, how he captured Saya on film, and offers advice to budding wildlife photographers keen to capture the perfect images.

YSWeekender: Can you tell us about your latest photographs and videos of Saya? How did you feel when the video and images went viral?

Shaaz Jung: In the digital world we live in, our photographs now have the ability to reach millions of people on various social media platforms. This can garner a lot of attention. However, it's important not to get carried away by it.

Being in the jungle and amid nature's grandeur have really grounded me. Spending time in the forest helps me realise how insignificant we are. My photographs and video going viral should be a testament to the great work the Karnataka Forest Department has done to protect these forests, which enables us to catch rare glimpses of these beautiful creatures.

YSW: How did you get into wildlife photography and why do you love it? How did your passion evolve over time?

SJ: I grew up in these forest areas in the 90s but later left to study economics in the Netherlands. When I came back, I began to figure out that a corporate life was not for me. I was more an artist at heart and wanted to be back in the jungle.

It was only when I was a guide in Nagarhole in the initial years of my career, that I realised that this is what I wanted to do for the rest of my life. I picked up my camera to document the creatures in the forest. As I researched further, I understood the power of a photographer to immortalise a moment and celebrate life. That is how I started off as a photographer and later as a cinematographer.

My first leopard encounter was with a young male called Scarface; I found it injured and sitting on a fallen log. For some reason, it reminded me of myself because it was trying to find its feet in the forest. Over many years, I tracked him down; he taught me the pathways, roads, and has been my teacher. I have learnt about leopards from him.

In 2010, I got into wildlife photography and used the camera as a tool to document different leopards in Nagarhole. Over the past 10 years we have identified over 48 animals in just the tourism zone. I loved how the camera had the ability to showcase life and inspire people in the hope that it could spark change.

The jungle is unpredictable and I enjoyed the challenge of having to track my subjects (leopards, tigers, elephants), before being presented with an opportunity to photograph them.

Hospitality and ecotourism are my profession, but over the past few years, photography and cinematography have started to shape my journey.

YSW: What is the toughest aspect of photographing wild animals?

SJ: Nature writes its own script. The jungle is unpredictable and teaches us the art of patience. While filming for National Geographic, we did not see the panther for 81 days straight. It was mentally and physically exhausting. On the 82nd day, we filmed the rarest sequence of the animal hunting and it made it all worth it. I have sometimes waited years to capture a particular photograph but this is what makes wildlife photography so rewarding. It's all about the chase!

A salute to mum and dad: Here’s how entrepreneurs raise a toast to their families on Parents' Day

YSW: Can you tell us about the Stories platform of WeWork where you will be featured?

SJ: I collaborated with WeWork on their Stories platform recently that gave me the opportunity to interact with Karan Virwani, the CEO of WeWork India, about my experiences and stories from the jungle and with many young wildlife enthusiasts and photographers as well.

Interacting with them was rewarding and an important way to let them know that the future of our wildlife lies in their hands and the mantle rests on photographers like me, to help inspire them, in the hope that they can do a better job in conserving our flora and fauna.

YSW: Can you tell us about your involvement with your family's wildlife resorts in Kabini and South Africa?

SJ: My parents are avid wildlife enthusiasts and conservationists. They've spent the last 30 years implementing ecotourism as a tool for conservation. We have an eco-friendly camp in South India called The Bison, which I manage.

We use solar energy, hire 95 percent of our staff from the local village, have a low inventory of rooms, and use structures that merge into the environment such as wood and canvas, rather than concrete. We also have eco-friendly lodges in Tanzania, East Africa. As a family, we spend four to six months a year there, guiding clients into Ngorongoro and the Serengeti.

YSW: What have been your most exciting moments during a wildlife shoot?

SJ: I've had many wonderful and exciting encounters. Tracking and documenting big cats is always a rush but I absolutely love spending time with elephants. Some of my most memorable moments are with the mighty tuskers in South India and East Africa.

Watch: Author Srishti Chaudhary on the art of fiction writing, and her latest novel ‘Lallan Sweets’

YSW: What is the most challenging work you have ever done and why?

SJ: The film I made for National Geographic has been my most challenging project so far. We were the first, in the history of wildlife, to document the life of a panther this intimately. We had to track one individual black panther, in the entire forest, and tell his story over the span of two years. We had to capture his behaviour, such as hunts, fights, and courtships. It's been an incredible journey.

The challenge was to make a film that no one has done before, and trying to capture the behaviour of the panther. It was like trying to find a needle in a haystack. I had to tell a story and give it a sequence.

Many wildlife photographers use other animals to take a shot. For example, the paws shown in a tiger sequence of film, need not be the same tiger they began the footage with. In my case, I had no such luxury. There was only one such panther, and we had to track Saya in all kinds of weather conditions.

YSW: Why were you fascinated by the black panther?

SJ: I am fascinated by leopards and the black panther is a leopard with an abundance of melanin. Most people grow up in awe of the mighty tiger, but it is the leopard that sparked my love affair with the woods.

They have to be extremely intelligent to survive among tigers, who are the apex predators. What fascinated me about the black panther is how the animal was thriving in a forest against the odds of natural selection. Nagarhole is a deciduous forest, which is hot and dry for half the year. These conditions were not conducive for Saya to survive but the ability to adapt and thrive in a forest where he didn't belong was extraordinary.

YSW: What have your years in the jungle taught you about animals? What draws you back to them despite all the danger involved?

SJ: I've learned many wonderful lessons from the jungle. Being in the forest under the tall trees, amidst nature's grandeur, made me feel small and insignificant. This helps me stay grounded.

Nature is where it all begins, and it is important for us to connect more with nature's rhythm of life. On my journey, I've met many wonderful animals that have taught me the art of patience and how to live by the day.

YSW: What do you like to do when you are not working?

SJ: I enjoy reading and writing. I am currently writing two books, which I hope to publish at the end of the year.

YSW: Can you give aspiring wildlife photographers some tips on how to get the best shots?

How wedding photography has evolved over time