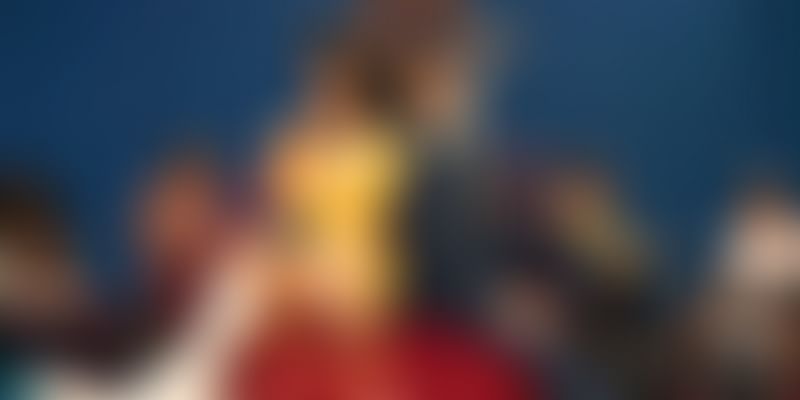 Starring Kiara Advani and Aditya Seal, Indoo Ki Jawani released in theatres on December 11. The film then digitally released on Netflix on March 2.

After Kabir Singh, where Kiara Advani plays a damsel in distress, Indoo Ki Jawani’s trailer (and name) promised to showcase the actor in a different light. And the film tries doing that too, but only superficially.

Starring Kiara and Aditya Seal, Indoo Ki Jawani earlier released in theatres on December 11, 2020. However, as cinema halls were allowed to operate only in 50 percent capacity at the time, the film digitally released on Netflix on March 2 — nine-days ahead of its scheduled release date.

The film begins with an animated introduction to Indira Gupta aka Indoo, and is reminiscent of the legendary Hum Tum cartoons, only just not as good. Indoo’s boyfriend, after a year of being in a relationship with her, wants what most “men in a relationship want” (as stated by Indoo's best friend Sonal, played by comedian Mallika Dua) — sex.

Indoo describes herself as “a modern-day Indian woman but traditionally judgmental” and does not believe in having sex before marriage.

Sonal convinces her Indoo that sleeping with her boyfriend is the only way to keep him loyal and dedicated. Thus, Indoo turns up at the boyfriend’s house unannounced, only to find him in a compromising position with another woman (this is not a spoiler).

Heartbroken and dejected, Indoo consults Sonal again. This time, the latter asks her to give one-night stands a chance — to understand the technicalities of sex, of course. Indoo joins dating app ‘Dinder’ (and not Tinder) as ‘India’ (we will get to that later), and soon matches with Samar, played by Aditya.

After Indoo’s parents and brother leave the town for a week, she invites Samar home to do the deed. Also, prepared for any mishap, she goes ahead and hides knives and pouches of red chilli powder in corners of the house.

Parallelly, the audience is informed that two terrorists from Pakistan are hiding in Mumbai.

As Indoo’s date arrives home, the two share awkward glances, chats, and ultimately end up watching the Bollywood film Kashmir Ki Kaali. Indoo is prepared to take her date to the bedroom until she discovers that Samar is from Pakistan (again, not a spoiler).

After this, the unusually slow story takes a turn to become unusually preachy.

Indoo is overly patriotic, and judgemental about Pakistanis — to the extent that she even calls Samar a terrorist. Samar, on the other hand, seems too kind, for his reactions after the allegations put on him by his Dinder date. The duo goes on to argue for an extravagantly long time, without actually getting rid of each other, and while waiting for the Biryani they order from ‘Gomato’.

The only time Indoo Ki Jawani gets a little interesting is after an hour of trying to convince the audience that Samar is one of the terrorists, and that the one-night stand will lead to a dead end. As the climax gets interesting, and the audience is introduced to the actual terrorist in question, the film loses its viewers’ attention over a melodramatic fighting sequence.

Imagine the hero fighting with the villain with ‘Jai Mata Di’ playing in the background. It is a typical 80s Bollywood film fighting sequence incorporated in a 2020 film.

Indoo Ki Jawani does offer a few comical scenes towards the beginning, but falls in the trap of repetitions, making it cringe-worthy towards the end. Paradoxical names for apps: Fakebook for Facebook, Dinder for Tinder, Gomato for Zomato, and Cafe Coffee Bay for Cafe Coffee Day, are initially worth a laugh but later start feeling a bit desperate.

At places, the dialogues get too patriotic and preachy. It almost feels like the characters are reading out moral science lessons.

When it comes to acting, Kiara does a fine job of playing a middle-class woman, who is not scared of trying new things as much as she is concerned about the neighbours finding out about her plans. Indoo Ki Jawani is possibly one of the very few Bollywood films where the lead actress performs the item number (refer to Sawan Mein Lag Gayi Aag), and very gracefully so.

Mallika Dua brings her Instagram personality to the sets of the film, and is consistent with her ‘Quet Quet’ accent. Aditya does a fair job of portraying the feeble man from a rival country. The song Single Ladies by Jonita Gandhi, Rochak Kohli, and Sukh-E, have the potential to please the country’s single woman, how Tareefan from Veere Di Wedding did.

The film ends with many unanswered questions — who rings the doorbell at the end? Do Samar and Indoo date? What was Samar doing in India, and who was he on a call with at the beginning of the film? Bollywood has not seen much from director Aditya Sengupta and it would be exciting to watch what he has to offer next.