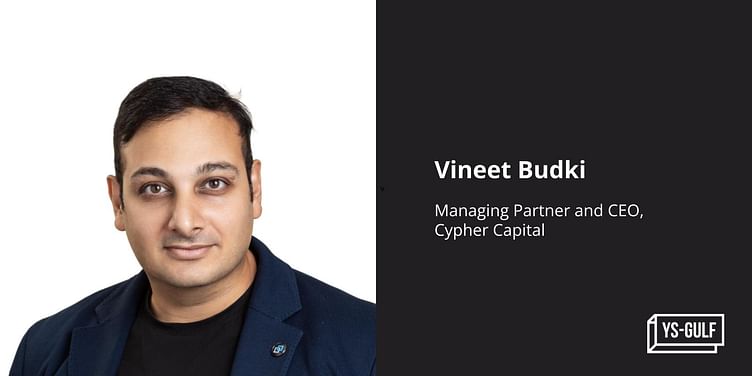 He also announced the group’s latest $1.5 million investment in Rekt Studios. In his closing remarks, he affirmed that despite the recent challenges in the crypto sphere, Cypher Capital Group remained optimistic and bullish about the future of Web3 and blockchain projects.

UAE shoppers can save an additional AED 500M this holiday season: Report

Representatives from Fenix Games and Rekt took part in a series of fireside chats to lay out their vision.

Rudy Koch, Co-founder, Fenix Games commented, “With the transition from retail to free-to-play, we saw the democratisation of access, resulting in the addition of billions of new gamers and over $150 billion in revenue last year alone. With Web 3.0, not only are we able to include players and creators in the value chain of games, but through blockchain-driven digital asset economies we can further enhance engagement and open new revenue streams for developers.”

Commenting on the roadmap of Rekt Studios to develop a gaming ecosystem with “Unseen”, Co-founder and COO Alex Peterson said, ”We are really excited to unveil Unseen for maybe the first time in public. Here among so many influential and inspiring people, it is a true honour to talk about our fully immersive, decentralised virtual ecosystem. This project is centered around gaming and real-world utilities, and it is a platform built by the people for the people.”

Later, Bill Qian, Chairman of Cypher Capital Group, sat down in a fireside chat with the Canadian businessman, entrepreneur, and television personality, Kevin O’Leary. They announced a new $200 million dollar fund which will focus on infrastructure and middleware investments in the Web3 space.

Bill Qian elaborated, “This partnership allows us to push the boundaries of investment by taking our strong joint experience and track record in Web3 investment and focusing on the incredible opportunities that are arising in the field of infrastructure and middleware on an almost daily basis. There are abundant opportunities available, and the creation of this fund will serve to capitalise on those opportunities and give best-in-class technology partners a boost and an opportunity to grow.”

Closing the event, Bijan Alizadeh, Chairman of Phoenix Group, said “The value proposition for consumers at the heart of Web3—one that unifies data, functionality, and value, and in doing so, creates opportunities for new and more efficient forms of applications and asset ownership—is a powerful one.”