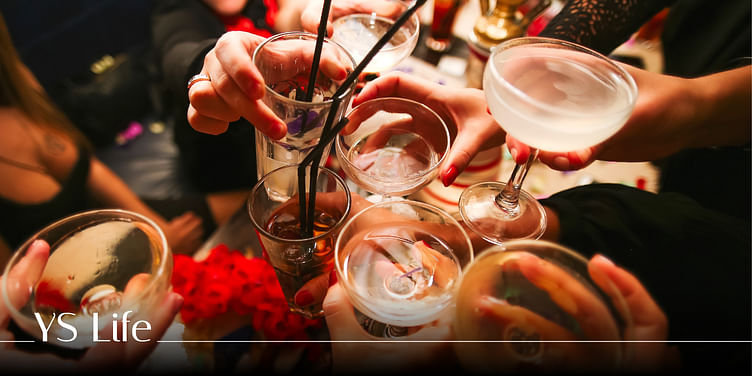 Homegrown alcohol brands are going big with experimentation. YS Life takes a look at some of the best homegrown liquor brand launches of 2022.

The gin revolution that started a couple of years ago further accelerated in the country, with several brands finding their roots in Goa and expanding to the metros. While trailblazers Greater Than Gin and Stranger and Sons launched new variations, new players like Short Story and Terry Sent Me fuelled the growth of the Indian gin market, which generated a revenue of $1670 million in 2022.

Experts suggest that the next big movement in the Indian alcoholic beverage segment will be the emergence of new-age rum and tequila brands.

Although tequila is finally making its way from the ‘shots’ section of the bar menu to the ‘cocktail’ menu, and beyond the usual Tequila Sunrise, no homegrown tequila brand seems to create a roar.

Rum, on the other hand, after registering a negative CAGR between 2015 to 2020, is starting to see an influx. The sector generated $1,233 million revenue this year and is expected to grow annually by 7.08% between now and 2025. This growth can be attributed to homegrown brands like Piccadily Distilleries and Good Barrel Distillery that are bringing in alternatives to the usual suspects--Old Monk and Bacardi Rum--and offering a breath of fresh air in the rum scene in India. The whiskey market in India, on the other hand, has been the highest revenue generating segment at $17.66 billion, globally.

YS Life takes a look at what turned out to be one of the most interesting years for the Indian alcohol industry, and lists some of the best liquor that came out of the country this year.

Third Eye Distillery, the parent company of Strangers & Sons, collaborated with Australian distillery Four Pillars to exchange ingredients and launch two new gins in the Indian market in March. The first one, Spice Trade Gin, was distilled in Australia and consists of Indian ingredients; while the second one, Trading Tides, made using Australian flavours and botanicals like river mint and lemon myrtle, among other citrus notes, was distilled in Goa.

Jammu-based Devans Modern Breweries, pioneers of brewing in the country and the company behind the Godfather beer, announced the launch of its premium offering, the GianChand Single Malt Whisky in November this year. The whisky is made from Indian malt, and has notes of pineapple drop candy sweetness, and a firm vanilla backbone.

John Distilleries, the company behind Paul John Whisky, launched the first gin in its portfolio in October. Available in two variations, Malhar Classic Dry is infused with 15 botanicals with strong notes of herbs, florals, and pepper; and Malhar Citrus is infused with 11 botanicals, and like the name suggests, is citrusy and fresh.

A limited edition gin by the trailblazers in the Indian craft-gin space, Broken Bat by Greater Than is a barrel-aged gin. Nao Spirits took Kashmir Willow, or cricket bats, and soaked them in Greater Than gin for six weeks to make this whisky-tasting gin.

In an attempt to keep up with the trend of white spirits, Radico Khaitan launched its first flavoured rum in September. The 1965 Spirit of Victory Lemon Dash Rum is an amalgamation of the spiceness of rum with the refreshing notes of lemons.

Sector by Living Mumbai’s Root Distilling Company was launched in October. It’s dominated by Juniper Berries, along with aromas of coriander. The citrusy flavour is obtained from grapefruit and oranges. Sector can be had as a classic G&T (gin and tonic) or mixed with flavours into a cocktail.

Good Barrel Distillery launched its flagship Indian spiced rum–Rock Paper Rum–this November. The triple distilled rum is made in small batches and is available in two variations– The Indian Spiced Rum and the Coastal White Rum. While the Indian Spiced Rum is rich and packed with botanicals, the white rum has a woody and sweet note, with hints of vanilla.

Another Goa-based brand, Terry Sent Me, is a modern take to contemporary Indian gin. A product of Pilcrow Spirits, Terry Sent Me is an ode to the Prohibition Era of 1920s USA, says founder Tarang Doshi.

Launched in December by the Consilium Whisky Co., the Consilium Black Rye Malt Whisky is a blend of Scotch and German rye, and the Cigar Malt is a peat whisky. Both are bottled in India.

Crafted using triple distilled blend, the Great Indian Gin or GIG is infused with nine botanicals to suit the Indian palate. It is available in three variations–the original, the Nagpur orange flavour, and the Shimla green apple flavour. Interestingly, GIG is the first Indian brand to make three different sizes of a gin bottle.

Another product of Goa’s Third Eye Distillery, the Short Story London Dry Gin, was launched in September this year. Priced at Rs 1,050 (in Goa), Short Story wanted to introduce quality spirits beyond the premium price tag. With renowned mixologist Pankaj Balachandran as its Brand Director, Short Story Gin is dominated by the classic juniper and citrus notes.

A representation of the Caribbean rum, Short Story Rum comes from the house of Third Eye Distillery. It is a blend of Indian molasses with high ester Jamaican rum, with a touch of cask aged Trinidadian and Dominican rum.

The Short Story Vodka is a triple-distilled, grain spirit. It is charcoal-filtered to ensure grain character and purity.

Claimed to be the country’s first sustainably distilled rum, Surbhi Beverages’ Earth Rustic Spiced Rum is bottled in Goa. It has predominant notes of cinnamon, and is infused with clove, pepper, and star anise.

A product of Piccadily Distilleries, Camikara claims to be India’s first pure cane juice rum. Sugarcane juice from Patiala in Punjab has been matured in American oak casks for 12-years to produce this rum. It has no artificially added colours, sugar, or flavours. Only 400 bottles of this limited edition rum was made available in India. You must grab your bottle before the last one gets booked!

Earlier this year, from the house of Anheuser-Busch inBev, came the first Made-in-India beer– the Seven Rivers Beer. Made with locally sourced ingredients, the beer is curated to specifically suit the Indian palate.

Which one are you going to try this New Year’s?

(Story updated to fix a typo)