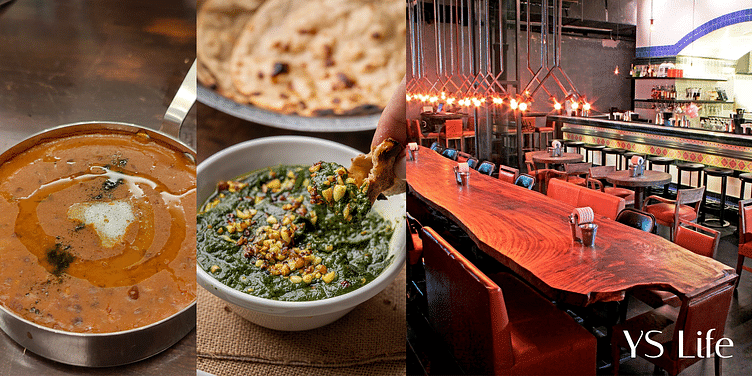 Jaibir Singh Kohli, the fourth-generation owner of Pritam da Dhaba, Mumbai’s iconic 80-year-old restaurant that has recently moved into a new space, shares how success is a homegrown, slow-cooked secret.

Some of the most iconic restaurants have found a place here, going back over decades. The lucky few have seen them rise from brick-and-cement establishments to more modern facades, their signature recipes the common binding factor over the years.

On this culinary map, one of the first names that come up is Pritam da Dhaba, which celebrated its 80th milestone in March this year. You might call it the first Punjabi eatery of the city for these are the people that introduced the original butter chicken to Mumbai. Over time it’s embraced everyone from the ladies who lunch, to Bollywood stars, the corporate junta, and Gen Z – all under one roof!

To dine here is to bite into nostalgia, for Pritam is where the who’s who of the city have enjoyed many a memorable meal. It also saw a new outlet open in Juhu last month. What gives this iconic establishment continued success?

YS Life chats with fourth-generation owner Jaibir Singh Kohli on what has anchored them through the years, moving to a second location, and the flavourful secret that keeps the fires burning.

Pritam goes back to 1942, when Prahlad Singh Kohli, a businessman from Rawalpindi and his wife got off the train at Dadar in Mumbai. They were hungry and happened to find a spot (then known as Pritam Hindhu Hotel) just outside the station and sat down to eat there. Jaibir narrates that his great grandmother had a very "sharp tongue" and told the owner at the time that the food was not as it should be. He challenged her to cook him something worthwhile, and she went into the kitchen to do exactly that.

Their partnership ran for five years during which Prahlad Singh Kohli kept going back and forth from Rawalpindi. When the Partition took place, he came back to Bombay (now Mumbai) and wanted to stay on. His partner then sold the share of the restaurant to him, making it a private, family-owned business in 1947.

Says Jaibir, “That’s why a lot of the older patrons still refer to it as a fine-dining restaurant. It isn’t fine dining in the way we look at that term today, but back then if you had an AC, you were the pinnacle of fancy.”

A fave with Bollywood and sports stars

If there should be a hall of fame in a restaurant, Pritam will have a long one, for celebrities, especially Bollywood stars, have frequented it since decades. With the film studios next door, several well-known actors would visit the restaurant, including  Madhubala, Meena Kumari, Sunil Dutt, Dharmendra, Pran, and Dilip Kumar. The later years also saw Yash Chopra, Zeenat Aman, Rekha, and Sridevi come by.

Pritam was also a favourite with sports luminaries like Sunil Gavaskar and Kapil Dev.

Jaibir says, “My grandfather, Kulwant Singh, had built a wonderful relationship with all of them. Because the restaurant was doing so well, he even started a film company and we produced close to 15 Hindi movies like Pakeezah, The Burning Train, and Hindustan Meri Jaan.”

But food and hospitality were closest to his heart and he passed that baton to his sons Amardeep Kohli and Gurbaxish Singh Kohli (Jaibir’s father).

The culinary legacy has taken up new space at Juhu, where the décor is reminiscent of Pritam in Dadar, for instance the exposed brick niches and a wall of Punjabi pagdis that one will also see in the dhaba. There are also a lot of wooden elements that lend Pritam that warmth in its original space. The only different factor here is the new private dining room.

Kitschy bar décor and truck art liven up the area and it also has the open dhaba feel. Brimming with history and heritage, the walls of Pritam could tell a thousand stories, but the food is what does the talking.

If you’ve dined at the flagship eatery, you will straightaway know that butter chicken should be ordered without batting an eye, as it is the signature dish. So is the kaali dal that actually has no butter and is slow-cooked for over 14 hours for that creamy consistency!

In the late 40s-early 50s, Pritam was a completely family-style restaurant with ghar ka khana. There were dishes like Punjabi kadi, rajma chawal, sarson da saag, baingan ka bharta, lasooni palak and chholey. You didn’t find kebabs, chicken tikka masala, and rogan josh on the menu until much later when Mughlai food and the curry culture came about.

Reveals the restaurateur, “Now, of course,  we’re experimenting with flavours so we’ve added a truffle and cheese naan to the new menu and people have taken to it. It’s also easily eaten with the dal makhni or butter chicken. So, I guess it’s been about innovating, but also staying true to the original.”

While it’s not a party space, Jaibir has designed a retro cocktail menu with each drink is named after a star.

Jaibir shares a fun instance when two weeks ago, Prem Chopra dropped into the Juhu outlet. He says, “I made him have the Prem Chopra drink and said, ‘My dada (grandfather) had told me that you liked to have aam ka achaar and roti, so I made you a mango drink to go with that memory.’ He just loved it!”

Firsts for the group

Cut to date, they have 20 other restaurants under the same umbrella – including Ginkgo, a pan-Asian cloud kitchen; Tertulia, Grandmama’s Café, MRP, and Tori, the first venture for the group into the fine-dining luxury space. Their success mantra? No compromises on the food!

Jaibir narrates, “My grandfather would personally go and buy ingredients from the market and till today, we go through everything we get from vendors. When you have 20 restaurants, it’s easy for a supplier to slip in one stale bunch of coriander, but we have a strict system of auditing everything to make sure nothing like that happens. I’ve dined out a lot and sometimes, when something is not made well, I know how it feels so I know as a customer you can feel betrayed.”

There’s another quality check he swears by. Jaibir is on the floor, meeting patrons and asking them how the food was.

“I recently had this 85-year-old lady come in for dinner and she said, ‘I haven’t been to Pritam in 20 years, but this dal tasted exactly like how it was made years ago’. For me, that is a huge compliment,” he admits.

The young restaurateur is busy churning out more plans. In December-January, he’s planning to do a pop-up between Ginkgo and Pritam, and have a dhaba-style Chinese menu. So expect that street-style chilli chicken, triple schezwan, and hakka noodles you probably enjoyed a few years ago.

But should innovation be a big part of his work essence? He says it’s important to keep with the changing times, but also to maintain the essence of what they are.

“If Pritam said it would only serve yellow dal and rajma chawal till the end of our days, we would have shut down long ago. You have to move with the present day, but also be true to what the brand stands for,” Jaibir reveals.

Jaibir shares another example. “If I sell a kimchi naan it must have some essence of Pritam in it. For instance, my truffle naan does look like a normal cheese naan, it’s not completely different. So, if you manage to sell a story and stay true to brand ethos, it always works.”