Review: Mani Ratnam’s Ponniyin Selvan I is an unapologetic adaptation of Kalki’s epic 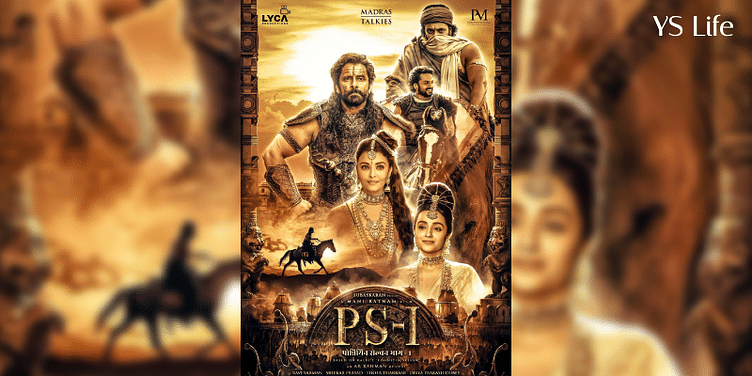 Mani Ratnam’s Ponniyin Selvan I has a star-studded cast that understands the weight of translating Kalki Krishnamurthy’s masterpiece on the silver screen and pulls it off successfully.

“The book is better,” says every reader, who has been subjected to a movie or a show based on something they have read, and worse, loved.

Well, for Mani Ratnam’s magnum opus Ponniyin Selvan: I, the same does ring true. Kalki Krishnamurthy’s books are better—an unputdownable masterpiece, gripping and engaging. After all, Ponniyin Selvan, published in the early 1950s, is considered to be the best novel in Tamil literature.

But that’s not the first thing that comes to mind as I sit in a packed theatre in Chennai—at 4:30 in the morning. Yes, you read that right.

Ponniyin Selvan is a five-part historical fiction series based on the life of Arulmozhi Varman, who later became the great Chola emperor Rajaraja Chola I. Throughout the 2,220-odd pages, Kalki has woven a tale of the power struggle among the three popular Southern kingdoms—Cholar, Cheran, and Pandiyans—peppered with his own wit, story, and narrative.

But while the story is an epic set in this time period and does draw inspiration from real events, the real strength of Ponniyin Selvan lies in its storytelling, layered characters, dialogues, and pace, and not larger-than-life battle sequences.

So, if you are expecting a typical period film like Padmaavat and Baajirao Mastani or even ones loosely based on history like Samrat Prithviraj or Jodhaa Akbar, you will be disappointed. Also, do not expect another Bahubali; this is not the same.

Mani Ratnam’s goal, as he has said in several interviews during the run-up to the release of the movie, is to bring a layered story made more impactful with little imperfections, a much more realistic portrayal of characters than perfect epics with happy endings.

To be sure, several filmmakers have attempted to adapt this novel into a film but failed, mostly due to a lack of budget. Even Ratnam himself had tried to make this film twice before—in 1994 and 2011—but was unable to do so. That is, until 2019. Finally, production started in mid-December and was completed by last September despite disruptions caused by the COVID-19 pandemic.

And now, we are finally here.

Even before you get a chance to soak in the complex world-building of Kalki’s epic story or appreciate the actors weaving through the story, Ravi Varman’s cinematography grips you. Each shot is carefully thought of, beautifully placed and executed, bringing the Chola kingdom from the pages to life.

In fact, it is very hard to believe that both PSI and PSII were shot in just 150 days.

However, it is evident that without VFX, a movie of this scale and grandeur would have been very difficult to execute for the sheer cost alone. The set pieces and visual effects lend an old-world charm to the sequences without overshadowing the actual story.

And it isn’t just the cinematography that impresses. Costume designer Eka Lakhani—in GenZ terms—understood the assignment. Not only is the movie’s wardrobe historically accurate but even the armours are made to perfection.

A.R. Rahman’s music is just the cherry on top. The background score is urgent and coaxing, setting the pace of the story. On the other hand, the songs are contemporary but do not sound crass. From the grand journey that is PonniNadhi to the lyrical beauty of Chola Chola (shoutout to Ilango Krishnan) and the eerie melody of Alaikadal, the album is a masterpiece in itself.

The action choreography, which is vastly different from the grandeur of other epics, is designed to reel you into the plot even deeper. One such example is the chase sequence starring Karthi.

So, the packaging is great but what about the actual plot? Does Mani Ratnam deliver? At the core, the movie remains true to the soul of Kalki’s books—a top-notch narrative, which is propelled forward by compelling performances. Of course, there are differences between the book and the movie but that was to be expected.

For example, the characters have been aged up but the result is more than satisfactory.

Vikram as Aditha Karikalan is terrific with an impeccable screen presence and command of the story. Karthi as Vallavaraiyan Vanthiyathevan is in top form. Both Aishwarya Rai Bachchan and Trisha are exquisitely beautiful and play meaty characters who have skin in the game. It’s nice to see an Indian movie where the intrigue and smarts are actually executed by the female characters, who are more than just fillers meant to supplement male actors.

Should you watch the movie? Yes. Whether you are a fan of Kalki’s epic novel or not, Ponniyin Selvan I is a must-watch for the plot and the music alone.