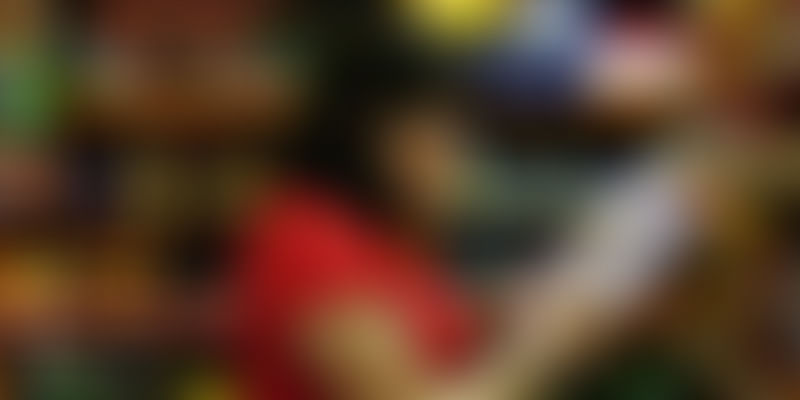 The empty soft drink can that you crush and put away in the recycling bin; or the outer carton of a box of cereal that is similarly discarded. Have you ever wondered what the stories behind these are?

Companies spend enormous amounts of time and money in trying to perfect the packaging. After all, as the popular saying goes, first impressions do count and even science backs this up.

Does it come as any surprise, then, that a company like Pepsico spent over 37,000 hours and millions of dollars in research before designing its Pepsi One can?

A well-designed package that can grab eyeballs instantly is a critical success factor for any product, especially low involvement products which are often impulse buys.

While companies understand the need to nail the emotional quotient, their real challenge is to correctly gauge whether the package ticks off all the correct boxes on that front. While several companies rely on traditional question and answer surveys to gather feedback, these don’t capture a customer’s true emotional response to a given stimulus.

Very often, unconscious biases creep into the responses. One such bias is the well-known social desirability bias, where the respondents attempt to please the person conducting the survey, and consciously limit their negative answers.

In the last few years, organisations have begun to realise this and have started to employ neuroscientific methods such as eye tracking to get unbiased inputs from customers. This ensures that the feedback they are getting is more accurate as neuroscience measures autonomic body reactions, and filters out external biases.

Eye tracking provides significant insights about attention spans and the emotional state of a customer. It uses pupil dilatation to understand a subject’s emotional arousal and cognitive workload. Facial expression is another powerful tool to get unbiased emotional response to a product or service.

At SP Jain, we have a state-of-the-art neuroscience lab, which uses the iMotions biometric research platform, and one of the projects we are working on studies how strong packaging design can help influence purchase decisions in a short amount of time.

We recently conducted a study on organic food packages at our lab.

As demand grows, so does the number of suppliers. However, a good farmer or producer is not necessarily a good marketer, and this often translates into package design that is immature and poorly through-out. This, more than the quality of the product, often has a say in whether the box makes it from the shelf into the customer’s shopping trolley.

We used five brands of organic cereal as test cues. The packaging was sourced from Australia to prevent any kind of brand recognition which could influence our respondents’ purchase intention.

The 45 participants from India represented a cross-section of typical organic food consumers– 30 male and 15 female.

The packaging ranged from mostly subjective to mostly objective cues. For example, the “Lean on Me” box displayed subjective and evaluative cues such as a human face and a weighing scale, while “Australia’s Own Organic” provided more objective cues or statements of fact. Each package was displayed for a duration of 3 seconds. Researchers found that participants would make purchase decisions about food stimuli in 500 to 2000 ms. In multi-choice scenarios (displays with up to 16 items), another study found that participants could make accurate choices in less than 3 seconds.

Across most packages, heat maps showed that male participants (Figure 1) spent more time viewing the evaluative cues, rather than factual cues, while the gaze of female participants was more balanced, focusing on both factual and subjective cues. The most noticeable example of this was for the “Lean on Me” box, where men spent most of the 3 seconds focusing on the face of the woman, and were much less involved reading the package text.

Eyes tracking and facial expression analysis also provided other interesting insights. In a self-report questionnaire, “Australia’s Own”, which had the highest average purchase intention scores, also scored the most on attention and engagement. The five strongest manifested emotions associated with this package (highlighted in bold) were largely positive (smile, inner brow raise, joy). On the contrary, the “Best Mom” box, which also had the lowest purchase intention, elicited the most number of negative emotions from respondents, including contempt and smirks. (Figure 2).

As humans, we simultaneously exist in two worlds: The conscious and the unconscious world. And all our decision-making process alternates between these two spheres. For market research to be effective, it needs to factor in both these worlds, and neuroscientific methods such as the one highlighted above, can help companies build strong brands.