iDiscoveri: An Innovative Startup That is Reviving Education inIndia 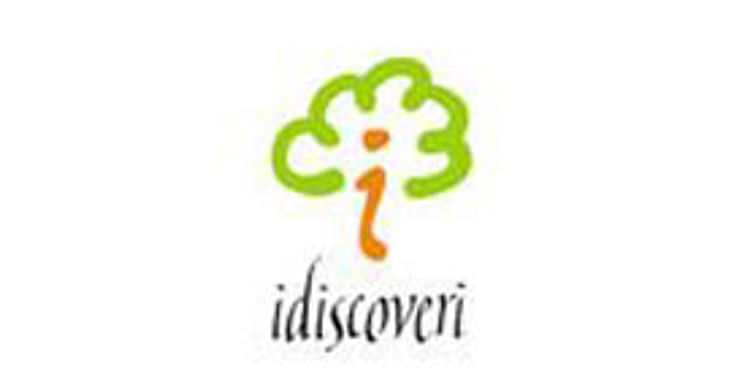 Changing India’s education system is of great importance because the process will greatly impact other crucial aspects of the country. iDiscoveri is a social enterprise that is planning to revive education in India because they believe in the impact that they can create.As an innovative education company with a mission to unleash the potential of every mind, iDiscoveri has a dual focus on learning and leadership. The organization’s current vision is to visibly impact the quality of teaching and learning within schools in India. Its flagship program XSEED has reached over a quarter of a million children in more than 700 schools in India and abroad.

YourStory.in caught up with Ashish Rajpal, the co-founder & CEO of I Discoveri, to chat about XSEED and the organization’s other initiatives.

Speaking about the initial idea for the company, Ashish said, “iDiscoveri was conceived as a social enterprise with a mission to renew education in India. We first drew up the blueprint in 2002 when Anustup Nayak (co-founder) and I met as graduate students at Harvard. He further explained that, “The name, pronounced “I – DISCOVER – I”, stands for our mission to unleash the potential of every human mind.”

Anustup and Ashish started the venture to pursue their personal passion. They are dedicated to ensuring that quality education can reach every child in the country and to improving the quality of teaching in schools. Over the last decade they have managed to build a passionate team of over 300 like-minded professionals.

iDiscoveri was founded by Ashish Rajpal, Anustup Nayak, and Ronny Gulati. Ashish holds an MBA from XLRI and an ED. M (Mind, Brain, and Education) degree from Harvard and has a successful track record at a Fortune 500 company. Drawing upon his inter-disciplinary background in education, management, and cognitive psychology, Ashish has innovatively worked on school curriculum, teacher education, leadership, and creativity.

Anustup is interested in cultural change and social enterprise. He not only holds a master’s degree in public policy from Georgia Tech and a master’s in education from Harvard, but he has additionally worked at a policy think tank and a strategy consultancy in the United States.

The third founder, Ronny, has been instrumental in setting up the Strawberry Fields World School at Chandigarh. He holds an MBA from XLRI and has also participated in the Project Zero Classroom at Harvard.

XSEED targets education for children from ages 3 to 13 years old. This puts a focus on the K-7 school space through a high-quality proprietary curriculum, training, and assessment tools.The XSEED program is a complete academic solution for schools. It raises student performance and builds quality in teaching inside the classroom. The program has reached over 300,000 children and 25,000 teachers in more than 700 schools throughout India and abroad.

The ground-breaking program has shown visible impact in student learning, which includes improvement in the grasp of basic concepts, vocabulary, and communication skills. Schools using XSEED have reported two to three times the improvement in academic performance in pilot studies.

“One of the first challenges we had to overcome was to persuade hundreds of mainstream schools to adopt alternative methods of teaching,” said Ashish. “We have done this by demonstrating these approaches in the classroom and by providing teachers with practical tools,” he added.

The other challenge they overcame was ensuring that hundreds of schools were able to implement their program on a sustained basis. They have built a national academic support network that provides year-round implementation assistance to schools using the XSEED program.

iDiscoveri hosted Professor Howard Gardner in India this month and last month to tour the country for three weeks. The legendary professor of cognitive psychology at the Harvard Graduate School of Education is considered among the most influential public intellectuals and thinkers in the world.Known as the father of the theory of “Multiple Intelligences”, he addressed over 3500 educators, business leaders, teachers, and students. He spoke on a range of topics including child centered education, creativity, good work, and different kinds of minds for the future in an era of globalization.

He was accompanied by his wife and collaborator, Professor Ellen Winner, who is an expert on gifted children. Professor Gardner also engaged in discussions and meetings with key academics and policymakers and visited several schools, NGOs, and public institutions.

Commenting on the EduStars campaign, Ashish said, “We support the creation of platforms like EduStars that are showcasing the good work being done in education across the country, rather than focusing on the problems.”

YourStory.in strongly believes that startups like iDiscoveri need to enter the Indian education space to radically change the current system that is prevalent in the country. We will be keenly following the developments at iDiscoveri.

Watch this space for more updates on this startup.

If you are an education startup that is looking for access to mentors and visibility, then please apply for the EduStars Program.