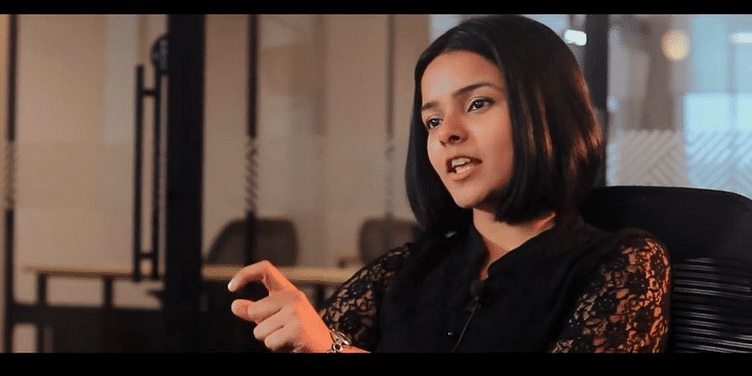 On March 6, the Delhi government called for the suspension of biometric attendance systems with immediate effect until March 31 (with a likely extension).

Organisations were urged to create alternative employee sign-in mechanisms in the wake of the novel coronavirus that was believed to have been transmitted via human touch. Soon after, several state governments followed.

The central government too barred its ministries and departments from marking fingerprint-based attendance. While the decision would have sent HRs and admins of offices into a tizzy, Delhi-based startup INCUBSENCE couldn’t have asked for a better breakthrough.

Founded in 2017 by a software engineer and decade-long technologist Diksha Deo, ﻿INCUBSENCE﻿ manufactures non-touch and infection-free attendance systems that are connected remotely through the cloud. In the last one month, the startup claims it has witnessed a 75 percent surge in demand for its non-touch systems.

User requests and enquiries have grown manifold too.

“After the suspension of the biometric attendance system in India, we received approximately 5,000 sales and distributor enquiries from MNCs and industry groups. People never believed that biometrics could be a source of viruses and infection until the coronavirus outbreak happened, and now we are seeing a sudden surge in demand.”

Bootstrapped INCUBSENCE prides itself on the fact that all components of its devices are made-in-India, out of a plant in Gurugram. Even though it has had to close its manufacturing unit after the nationwide lockdown, the startup is confident of being able to meet the demand once the curfew is lifted.

“The adoption was slow initially, but our focus now is on fast customer acquisition once the pandemic is over,” says the founder.

INCUBSENCE has built a ‘tap phone and mark attendance’ management system known as Incub XS. The device is priced at Rs 16,000 per unit.

There is a companion app, INCUBSENCE Swagat, which users have to download to sign in. The app turns the smartphone into an access card and logs an entry.

After employees mark their attendance, the entries can be tracked in real time through the INCUBSENCE Shakti cloud dashboard, which can be accessed by office admins and HRs. It displays daily log-in/log-out data, weekly/monthly attendance, etc.

The startup has built another product, INCUBSENCE Nanha, which is a ‘tap phone and unlock magnetic door lock’ system. This can track meeting room and floor check-ins, and even employee transportation history. The device is priced at Rs 14,000 per unit.

“All the data we collect is hosted on our own servers which are located in India. We do not rely on any third-party servers. The entire attendance management and access control experience is personalised based on the client’s requirement. And, for users, it is a quick, simple, and secure process.”

The startup took nearly two years to nail the infrastructure, components, design and software of its products, which were launched commercially in 2019.

The startup charges a one-time fee for the hardware, and operates a pay-per-feature model for the software, which includes the app and dashboard. Users can also book a demo before becoming a customer.

Given the sudden spike in demand for contactless systems in the wake of the coronavirus outbreak, INCUBSENCE looks to reach about 120,000 users and rope in 20 to 30 distributors this year.

It also plans to open sales offices in Mumbai, Bengaluru, and Chennai, ramp up its manufacturing capacity in Gurugram, and expand its team to 20 people.

“There is a boom in usage. The non-touch attendance systems are a $500 million market India, and we look to capture 25 to 30 percent of that,” the founder shares.

ABI Research confirms the market boom that Diksha talks of. It estimates that the contactless biometrics sector will grow 20 percent in 2020, riding on the COVID-19 scare worldwide.

It stated in a report,

“The average selling prices for contact-only systems will decrease, while investment in contactless modalities will increase, among other broad market changes."

INCUBSENCE claims it is a first-of-its-kind player in India to offer an end-to-end solution. There are, of course, competitors in categories like contactless door locks.

The startup has begun generating revenues and expects to be cash-positive by the end of the year. “Even though investors have approached us, we are not looking to raise funds right now. Our main focus this year will be customer acquisition,” Diksha says.

INCUBSENCE also intends to expand its line of products. A tap-and-pay POS device is in the works and might see the light of day by the end of the year.

Until then, and as long as the virus scares, it’s steady business.