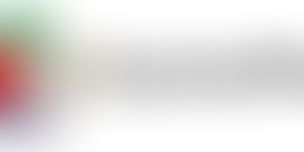 Google is on a rampage. After its recent bid for .google, .docs,.youtube amongst others for the Top Level Domains, and its latestannouncement that Google Maps will now be offline for Android, the company is also going on a buying spree. Google announced yesterday its acquisition of Quickoffice, a company that gives its users the Office suite for Android, iOS and Symbian. Users of Quickoffice can make and edit Microsoft Excel, PowerPoint and Word documents on their smartphones. Quickoffice makes devices compatible with Microsoft Office even if it is not installed on them; the acquisition is also expected to alleviate the Google-Microsoft tension.

Google also has bought the content engagement company Meebo, whose most famous product arguably is the Meebo bar. The Meebo Bar is currently integrated into hundreds of premium websites and hosts advertising options. The acquisition of Meebo is expected to add or improve features to Google Plus. “Together with Google, we’re super jazzed to roll up our sleeves and get cracking on even bigger and better ways to help users and website owners alike,” the Meebo team wrote.

With theGoogle Driveintegration to Google Docs, the company has left lots of users unhappy and dissatisfied over the quality of its service. Google has been under much positive media attention for its recent projects like the Google Glass, but the Google+ and the Docs have been criticized. Hence this buying spree has shown how it’s currently doing everything in its power to improve their core products. The Quickoffice buy should help strengthen Google in its mobile applications, while Meebo might help revive Google+ and its not-so-remarkable usage.

However, Internet analysts believe that these acquisitions are a part of Google’s broader strategy, whose impact we should be seeing much later. Google is slowly but surely picking up startups and companies that will help Google increase its hold in mobile applications. Even Googles’ chief rival Facebook bought mobile-platform based companies like Lightbox and Instagram, and these acquisitions are about Google keeping up in the mobile race.  What Google ultimately does with the talent pool it has bought remains to be seen.