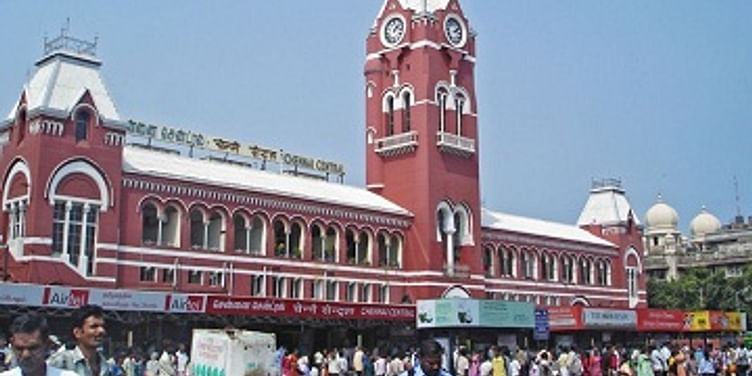 For the longest time now, the city has carried over the moniker of being the Detroit of India. This label comes from the major automobile and automobile components cluster on the city’s outskirts. The movie industry is setting a trend in world cinema, with A.R. Rahman, the Oscar-winning music director, winning global acclaim. Add to that the magic spell of Rajnikanth, hailed as the Superstar, the histrionic abilities of Kamal Hasan, the versatile actor, and innovation happening with technology in many a Shankar’s film, Chennai’s position as an important destination for movie-making cannot be disputed. Importantly, at the backdrop of such worldwide importance, Chennai has seen a recent spurt of technology start-ups that are capturing the world's attention and it looks like the city might become a frontrunner in product start-ups in India and one of the most important destinations for this sector in the world.

Chennai-based Zoho Corporation has been providing a Cloud-based office productivity software and it rivals Google in its offerings. Having an office in the US and its development centre in Chennai, Zoho has built credibility and a sizeable user base for its products in the global arena. Its founder Sridhar Vembu has brushed off acquisition overtures from many leading Silicon Valley corporations and believes in bootstrapping his way to success. He has started a university kind of training within the company to grow talent.

OrangeScape, a company in the PaaS (Platform as a Service) space, has launched a product named KISSFlow at industry giant Google's flagship event Google IO 2012 last week. It is of note that this company is based out of Chennai and caters to customers in the US and UK. OrangeScape raised its "bridge round" investment for $1mn recently. Its founders Suresh Sambandam and Mani Doraisamy have formed a formidable team to take their dream forward. OrangeScape’s rule engine recently was awarded the U.S. patent. Suresh is a regular contributor to various start-up initiatives in the city.

InterviewStreet, the first company to get into the acclaimed Y Combinator Program run by Paul Graham and raise an additional round of capital from the likes of Vinod Khosla, the founder of Sun Microsystems, started operations in Chennai. Till recently they switched base to Bangalore for a brief period before setting up operations in Silicon Valley. Vivek and Hari, the founders and buddies from NIT Trichy, have everything going right for them up till this point. Their high point is winning a U.S. government contract recently.

Extragram, an add-on service for Instagram (the site that was sold to Facebook recently for whopping $1 billion), has been receiving global attention ever since. Two start-ups, EffectWorks founded by Narayanan Hariharan and ByteAlly founded by Karthikeyan Mani, collaborated on this product, showing the level of achievement possible through strategic partnership.

Unmetric, a company started by Lakshmanan "Lux" Narayan, a startup that is building tools for digital marketers, has nabbed clients such as Bank of America. It has raised a round of funding from Nexus Capital to the tune of $3.2mn.

Freshdesk, started by a ex-Zoho employee Girish, has a product that aims to change the face of customer care systems in large and small corporations across the world. It has taken the global leader Zendesk head on, on this task (to a point where the Zendesk CEO seems to be shaken). Freshdesk, with its aggressive growth strategies, has gone to convert a serious number of customers into users and have also raised a round of funding from Accel to the tune of $6mn.

Chennai-based ZestAds, founded by Asif Ali, was acquired by Komli (which recently raised a $39mn from Norwest Venture Partners) last year and in its aggressive growth plans, Komli Mobile (formerly Zestads) carries a rather significant stake.

It’s not just companies that are on the high growth path with venture capital who are down this road as well. Tenmiles Corporation, which follows the route of bootstrapped venture model (like 37 Signals) and has a variety of products, last week had its iPhone app, Wonderful Day, top the US chart. This is the first time an Indian company has topped that chart.

There are plenty of firsts coming out of the Chennai tech startup scene and that is what seems to warrant some attention.

Vijay Anand, founder of the Startup Centre, gives a pointer as to how such companies are born in Chennai: “Today, on a brief statistic, there are 150+ user groups in Chennai, helping fellow technologists, designers and entrepreneurs get better in various topics such as programming languages or in doing business better.” Entrepreneurs and experts such as Dorai Thodla, Vagmi Mudumbai, Siddharta Govindaraj, Kiruba Shankar, Kausikram Krishnasayee, Suresh Sambandam, Senthil Nagayam, and Asif Ali with Vijay Anand host many events which really drive the ecosystem.

Talking of the trend that is making Chennai a leader in these kinds of start-ups, Vijay Anand says, “Perhaps it’s also the nature of organizations like Zoho, BharatMatrimony.com, and Pre-Media Global, which have much to share being in the city, that is adding up to some of this learning process. Veteran professionals who graduate or leave from organizations such as these also have a much stronger base on which they can build on and that is unparalleled (working for a Google in India might never get you that kind of inside level understanding).”

Does this mean Chennai is going to rival all other cities? Vijay Anand adds, “I doubt this will be the case. But India has seen the developing ecosystem of multiple hubs flourishing, not ONE Silicon valley. Different clusters each with its own culture, intricacies and support mechanisms are likely to emerge. Chennai, though slow to the table, is throwing a heavy punch and there seems to be a second wave of start-ups lining up to continue that. Time will tell how this phenomenon sustains itself.”