Facebook: A God-sent for a Host Of Small Online Businesses 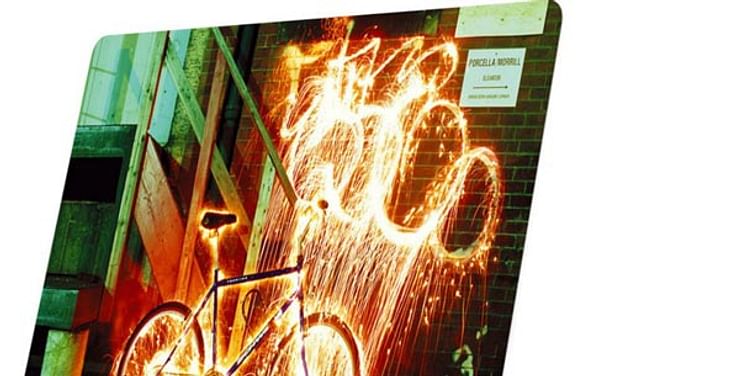 Proximity to and engagement with consumers, the chance to capture real time conversations about your brand along with other limitless possibility, social media was indeed the 21st century gift of the Startup God answering the long overdue prayer of startups with low or zero marketing budgets. In the race for market share, about 90% of the marketing professionals use social media channels for their businesses. Startups play a huge role in this rat race. Every other startup today has a brand page on Facebook and a Twitter handle. Among the most popular social networking tools for marketing, Facebook is on the top with 92% of the marketers using it as a prime marketing tool, followed by Twitter (84%), LinkedIn (71%) and blogs (68%.) Startups are also slowly making their presence felt on Pinterest to catch the eye of their market.

What’s interesting is 20% of social media users are willing to purchase within a social media site leading to a game-changing shift in the role played by social media with respect to businesses. Especially Facebook, started off as an enabler, (enabling conversations that lead to transactions) has now transitioned to become the market place for transactions. Social commerce sales are estimated to touch a total of $9.2 billion by the end of 2012 and will further climb up to $14.25 billion in 2013 and $30 billion in 2015.

Today, there are several Indian startups that are opening shop directly on Facebook with their brand page becoming the store counter for their products. Here are a few interesting startups that work out of Facebook as their office.

Reason for starting up: “I found the regular stuff to be boring. Even if you bought a t-shirt, someone else is bound have it. That’s how I started drawing when I had to gift people. Then I moved onto doing it on fabric,” says Vaishak

USP: Customization with specific designs like travel, favourite sports team, band etc. “The range of products I offer is my USP from shoes to guitars and clothes.” says Vaishak

Team: Vaishak is based out of Bangalore and runs this startup alone.

Marketing: Marketing is primarily done through word of mouth and Facebook. Vaishak also sells his products online on itshandmade.in and indibuzzar. He has no shop or no stall or display for his products. He works from his bedroom and balcony.

How does Facebook help: “It’s a small business and I’m doing it all by myself. I have experimented with a lot of things. I have a Facebook page for people to look at it. If it goes viral then it helps. I don’t have a website or spend on Facebook ads. There’s always somebody who hears about it and places a big order. I have got orders from places as far and wide as Kashmir, Delhi and Mumbai. Whatever is on Facebook has been made for someone. If anyone says I would like to see your work, I direct them to Facebook because I have none of it with me. ” -Vaishak

Vision: Though Vaishak has plans to scale in the future, his current focus is on making the business sustainable.

Reason for starting up: “I saw a lot of other women doing it and I thought I could do that too and so I started up.” says Katherene

USP: Customized cupcakes with specific designs on each cupcake revolving around a particular theme. “They might like one cupcake with cricket theme on it, another one with a movie that the person likes and a third one with the something to do with a place he/she wants to travel to. There’s a lot of customization that happens.” - Katherene

Products: Customized cupcakes and cakes for birthdays, weddings and all occasions

Price Range: Cupcakes start at Rs.40 per cupcake and cakes range between Rs.2000 to 3000 depending on the level of customization required.

Team: Katherene runs this business with help from her sister.

Marketing: The marketing efforts are mainly focused on Facebook, apart from the marketing done through twitter and word of mouth. Ms.K Cupcakes will shortly release their own mobile app. After considering the mood of the customers, the app will decide the cupcake that best suits them. All the customization can be done on the app. Like any other business that seeks get a share of the customer’s mind space, Ms K Cupcakes also has its plans to create a lasting impression with its customers.

Vision: “I want to be a lot like Cake Boss. They don’t have anything like this in India. I want to be able to do customization and hire help to do it but not mass produce.” - Katherene

Apart from startups like Leviathan and Ms K Cupcakes that exclusively run their show through Facebook, there are several other startups that supplement their offline efforts with a prominent presence on social media providing them a major portion of their business.

Reason for starting up:

USP: Customized, eco friendly, recycle of old liquor (glass) bottles by flattening them to make different products. Each product takes 14-15hrs totally to be made.

How does Facebook help: “Usually customers connect with us through Facebook and get customized products done from us. We also get orders out of Bangalore through our online presence on Facebook,” says Rony. Glass Hoppers also has a boutique on 100 ft road, Indira Nagar, Bangalore.

The integration of ecommerce gateway with Facebook API has opened doors to many interesting opportunities for small businesses world over. With a simple add-on, many startups are avoiding the large operational cost of setting up a physical sales counter for their products and leveraging the proximity to their potential customer base. That’s not all. This move has also provided other offline companies like SJC Designs, Kraftinn with the opportunity to move online with minimal cost. It is interesting to see how Facebook has completed its role as an influence on consumer decisions (through ads, brand pages) by also engaging in ecommerce. Facebook is using phenomenal efforts to be a part of every decision made by the consumers.