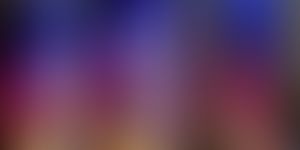 With the world headed in the direction of individualism and individualistic expression, more entrepreneurs are building on the idea of personalised and customised products that has a bit of the ‘You’ factor in them especially the quirkiness in you. (Yes! quirkiness is the new cool thing). For Sharanya Menon, it was different. It all started as a hobby to make some extra money. Now Sharanya Menon, Founder, High-Light, makes personalised custom-made lamps by recycling liquor bottles into pieces of art and light on order.“High-Light is a mode of expression, a way of portraying yourself in art rather than words. When I first started designing lamps for people, it was nothing more than a way to keep myself busy and earn a little money. But once it started picking up, I realised that it worked because customers nowadays don't want to gift something that is redundant and run-of-the-mill. So I decided to make it a little more than just a hobby,” shares Sharanya on how she started up.

Every piece with High-Light is unique for Sharanya believes that with every order comes a new experience because each piece is tweaked and made to the taste and preference of that individual. With customers ranging from school students to housewives and corporate, Calvin & Hobbes, Harley Davidson, Quentin Tarantino, Harvey comics and Manchester United is a small sample set of the customised designs that High-Light has made to order for customers so far.

Mass production just won’t work with High-Light for Sharanya makes every piece spending about a day or two on it. “The most intricate piece I have done, took me 4 days to finish,” says Sharanya. Charged as per the intricacy of the work done, the cost also includes the lights and courier fee. Started in August 2011, up till now, it is a one woman show with Sharanya handling everything from actual design and sourcing to publicity.

High-Light is also another startup that has placed its bet on social media to market itself and Facebook definitely seems to have worked its magic for this brand. Apart from social media, Sharanya says, “I have also received orders mostly by word-of-mouth. Flea markets are another quick and easy way of marketing this idea as they are always on the lookout for quirky items.”

Juggling between her full time job and High-Light, Sharanya sure has plans to expand as well especially foray into the area of customised spaces. Though many entrepreneurs have managed to catch the customised pulse of the consumers today, scalability of the ideas of customisation and personalisation is yet to be explored on a large scale. How do you think the idea of customisation be addressed on a large scale? Share your experience and leave your comments below.

To more know about High-Light, check out their Facebook page or ping Sharanya at highaboutlight@gmail.com and she promises to get back to you pronto!