The Marketing Sweat Behind The Dark Knight Rises 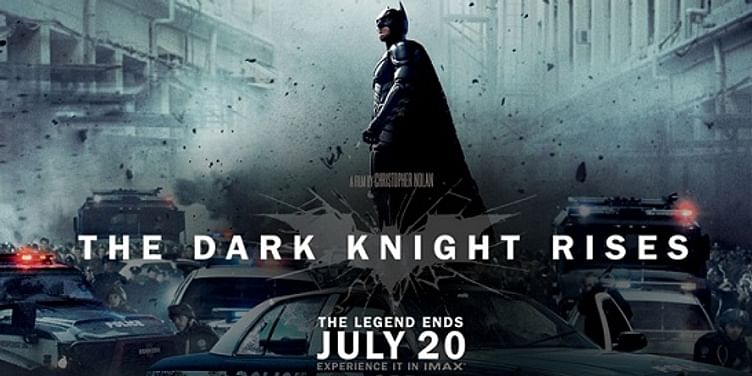 It's been exactly a week since The Dark Knight Rises hit screens worldwide and also a week of frantic anticipation with fans walking into halls with high expectations. And Christopher Nolan didn't disappoint but is it just the lore behind Batman that makes it such a big hit? No, there is an enormous amount of 'marketing and packaging sweat' that goes on behind creating the hype (if I may use that word) and making Dark Knight the success it is. It is a wonderful example of how no matter how good the product is, it needs to be sold.

Here, we walk through some of the major stages that makes The Dark Knight Rises, the final instalment of the Batman Trilogy such a big hit. Post the grand success of The Dark Knight in 2008, the bar was set very high. Fans got the first hint about the third part on 19th May 2011 when an announcement about the launch (yes, 14 months before the release) was made. Following the rather drab press release, the official website was launched.

The website got fans to work on a Friday morning as originally, the TDKR website was completely black with a weird chanting in the background.  One could look at the visual spectrum of the audio file which was a twitter hashtag #thefirerises. The hastag, when tweeted, revealed an image pixel by pixel.

Thus began the viral campaign for The Dark Knight Rises. Such campaigns which involve fans intricately have become a sure shot way to success. The previous Batman movie, The Dark Knight, also ran a Why So Serious campaign which had spread like wild fire. Following the website launch, trailers were released which were more often than not, leaked. One comes to an important case in point here that does a leaked release do more good than harm?

Another strategy was to attach trailers to popular movies. The first theatrical teaser (which was again leaked) was appended to Sherlock Holmes: A Game Of Shadows. This teaser got 12.5 million views in the first 24 hours after its official release, the record which was broken by The Avengers with 13.7 million views. A 6 minute prologue of The Dark Knight Rises was attached to 70mm IMAX prints of Mission: Impossible – Ghost Protocol. The second teaser trailer was added on the theatrical prints of The Avengers and this was released online 4 days after the appearance in halls. All these led to a huge buzz and set the tone for TDKR.

Amidst the activity offline, the real action was taking place in the virtual world where fans turned into detectives themselves to disclose the identity or Dr.Leonid Pavel. Magazine companies received CIA documents containing mugshots connected to actor Alon Abutbul. These documents gave out hints which were later shown to be plot elements of the six-minute prologue.

The "Operation Early Bird" which might look as too straight forward, unveiled early prologue screenings. In April 2012, the official TDKR website was updated with a dossier of an on a suspect named "John Doe" also known as "The Batman" for an arrest, with a list of accusations. Also, a campaign was run wherein tickets were sold out 6 months in advance! Tickets for midnight showings of the film on the night of July 19th in New York, San Francisco and Los Angeles sold out immediately once word got out that they were on sale, with a ticket price of $17.50. These were later sold on secondary sites including ebay for over $100.

Other popular offline engagements like the one in which TDKR logos appeared on Lotus Cars during the 2012 British Grand Prix and unveiling batman figures at a Toy Fair went a long way in creating the buzz. This 14 month long saga finally ended with the release slated on 20th July but as fate would have it, there are forces even Cristopher Nolan can't control. The Aurora Shooting dampened spirits in the US but the movie has been a humongous hit the world over.

These kind of liberties in terms of marketing might only be available to Nolan but some of the campaigns are ingenious. Born with The Dark Knight, twitter campaigns and intense on the ground engagements have made the movie as big as it is. A true case study in marketing, there's a lesson about 'Presentation' that everyone can learn. No matter how good your product is, presentation counts.