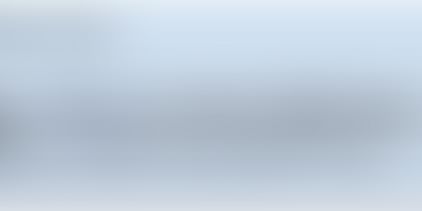 No dictionary definition of Venture seems to have the word “change” in it. We’re not interested in change for the sake of it, but for how it can positively shape the functioning of a person, organization or, if we dare say, that of a nation.

Why is it any different for Blume Ventures?

It’s not unique to Blume. Every early stage investor is looking for disruption and scale, mostly driven by technology, which in itself is constantly changing, largely for the better. However, is the philosophy of change ingrained deep enough for it to be effective, especially in the Indian context? If those who profess it themselves do NOT embrace change, namely our start-ups, their founders, and the investors who put money in them, how can we expect the world at large to change any faster.

Let’s believe first! - If Indigo Airlines can be built and run (successfully) in India, arguably anything is possible!

One can proudly content that Indigo is amongst the best run airlines in the world today! Indigo operates in a business, that has been robust (at least in scale, if not profitability) for over 50+ years now – not too different from the 40+ year VC industry. Private airlines have been around in India for over 20 years. Very few have survived and hardly any are profitable. Funds, especially early-stage / seed funds, have been around in India for about 15 years and very few have survived or run a second/third innings in the same avatar.

It is, therefore, important for Blume to think of how to build a (seemingly impossible) sustainable model of seed funding in India.  The key is to believe that CHANGE is possible – and to BE that change.

How has Indigo done it?  By picking the very best from the world’s best low cost airlines - Jet Blue (e.g. seats, hostesses, cheeky branding and messaging [“here comes the hot stepper” and “catch me if you can” on its innovative “no steps” ladders], Southwest (e.g. identical aircraft across fleet), Easy Jet and Ryanair amongst others

… and stayed ahead by use simple India-centric innovations, well ahead of the curve. It built a quality level – of cleanliness, speed and efficiency that was considered unthinkable at their price points and, yet, it turns healthy profits every quarter! It isn’t just about EXECUTION, it’s about CHANGING the way a business is run in India; despite India. No part of its execution seems to have the “chalta hain” or “aisa hee hain” attitude of India. And that doesn’t mean that the CEO and COO suddenly decided it has to be run like a world-class airline. It means that Change starts from top down, and today, we can find a marked difference in not just an Indigo hostess or counter staff (vs other airlines) but even its passengers, its customers!

Blume believes this is the best way to evolve the Indian early-stage ecosystem, building a new breed of entrepreneurs, of innovations, of wealth creation, despite India and its daily dose of disappointments. This thinking has helped constitute the Blume investing framework (more on this in Section C) – we’re investing beyond capital, in relationships, in mentorship, and in friendships with the entrepreneurs. They are our customers, just as Blume’s investors are.However, this idealism is tempered by a dose of everyday realism inside of our very own Blume startup ecosystem.

A Blume startup entrepreneur expects his own startup to beat a US-based incumbent (say, without any distinct advantage other than his belief). When asked to use another Indian startup’s services though, the same entrepreneur thinks its not good enough – even if the same investor – Blume – has bet on him and the other entrepreneur – with the same conviction. (Most startups do help other startups, but….there are enough exceptions)

An angel investor who wishes to make money on one investment (hoping that the customer target segment of a certain sector – say, pharma – will adopt this new sexy technology or product) will, on the other hand, not pay any attention to a similar attractive startup that knocks on his doors for a chance to prove his product’s worth.

A VC Firm proclaims a $200-500K seed strategy and takes that risk, but when offered an existing funded company that requires the same capital to get to the last stage of proof of concept or a bridge round pre-Series A, some “formula” doesn’t click and the opportunity is passed on. As a high school teacher, one is comfortable with occasionally tutoring a nursery kid, but a 2nd grader is not interesting enough?

… and one can belabor the point, but these examples (of being hypocritical or short-sighted about the notion of CHANGE) are not in the dozens, but in the hundreds.

Recently, three Blume team members were meeting a startup team – early 40’s, seasoned, cash +ve software services business in one hand and trying to build a novel biz model on the other. When a suggestion was made from Blume, the team suddenly felt that their franchise partners would not be ready to use a mobile-based MIS/order management system. The same entrepreneur who’s selling us CHANGE is blind-sighted to CHANGE in another element of the business. One of us said “We like our entrepreneurs to believe that they are going to disrupt an existing business model – scale and value don’t get created by having a tweak that can be copied; we believe that Blume is in the ‘business of financing change’ … and the other two Blumiers turned in sync and we all suddenly said in tandem - “that should be Blume’s tagline!”

Printed with permission from Blume Venture Advisors from their Quarterly Report, a full "public" version of part of the report can be purchased on Instamojo here