Announcing the Winners of NABARD Award 2012 for Rural Innovation 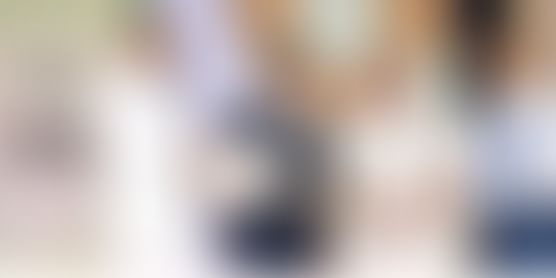 Being the apex development bank in India that facilitates credit flow for or promotion and development of agriculture, small-scale industries, cottage and village industries, handicrafts and other rural crafts, NABARD Awards recognizes 12 rural innovations in 6 categories with the potential to change the face of rural India.

92 village vision centres in Andhra Pradesh. They have treated 14 million people in the last 25 years with over 71% of their patients receiving treatment free of cost.For more info, take a look at http://www.lvpei.org/

Amrita Centre for Wireless Networks and Application: (Runners Up)

Amrita Centre for Wireless Networks and Application has developed a system using wireless sensor technology to detect landslide and provide warning in landslide prone areas in the country such as Himalayas and Konkan Region. This system allows facilitation of evacuation and disaster management thereby saving millions of lives in these regions.

For more info, take a look at http://www.amrita.edu/awna/

Society for Energy, Environment & Development was started to utilize technology to improve the life of rural population in India. The technological innovation implemented by them is a high efficiency solar dryer for fruits and vegetables developed and patented by the team headed by their founder, Prof. M.Ramakrishna Rao.

For more info, take a look at http://www.seedngo.com/

A social experiment initiated by K. Periyannan as an after effect of the 2002 drought situation, Veppamarathupatti Small Farmer's Welfare Association harvests waste water and proportionately distributes the water to farmers in the region.

North Eastern Development and Finance Corporation is a public limited company that provides financial assistance to micro-level to large enterprises for setting up industrial, infrastructure and agri-allied projects in the North Eastern Region of India apart from microfinance through MFI and NGOs. It is the designated nodal agency involved in the distribution government incentives to the industries in the North East Region of India.For more info, take a look at http://www.nedfi.net/

Jilla Sahakari Kendriya Bank has been providing various banking and financial services to rural population in 82 naxal affected villages in the country through mobile banking. They have been facilitating schemes such as MNREGA, various credit card schemes etc.

Incubated at NSRCEL, IIM Bangalore, Brizz TV is a digital media technology company that is providing cost effective internet services to household through DTH connections in a way to bridge the digital divide. Their current focus is on media and education.

For more info, take a look at http://www.brizztv.com/

Reuters Market Light provides personalized information service to the farmer community in India. They provide information such as crop advisory, weather forecast, market price etc. They have nearly 1 million registered users in over 50,000 villages in India.

For more info, take a look at http://www.reutersmarketlight.com/index.html.

Roshan Lal Vishwakarma’s innovation is a sugarcane bud chipper that chips sugarcane buds to avoid wastage and use the buds for replanting. This chipper also requires low maintenance.

Pompy Sridhar has initiated a project that integrates insurance and healthcare services using biometric smart cards that will enable the provision of healthcare to rural and below poverty line households in India. These households will be provided a smart card that can be identified at rural clinics using computers and mobile based applications.

Speeding up the process of making a Pochampally saree, Chintakindi Mallesham has developed a Laxmi Asu Machine that lets weavers make one saree in just one and half hours where originally it took the weavers about five hours to weave one saree.