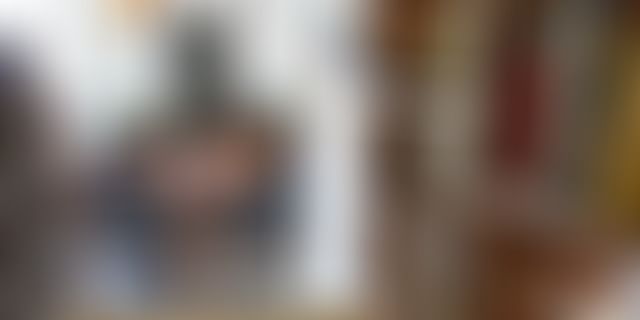 On the top floor of a modest building on a quiet street in Bandra, Mumbai, you’ll find a colorful and cozy office space. Inside, you’ll see bookshelves with an eclectic library collection and in between sunny windows, you’ll find pictures and colored post–its taped to brick walls. On one side of the post-its wall, people list support they need—graphic designers, new team members. On the other side, people list support they can provide—editing, business plan feedback. On any given day in the office, about 30 individuals can be found working on laptops at shared desks or holding meetings in one of the meeting rooms, all busy launching and developing business models to promote social change in India.

Co-working is a growing phenomenon that has doubled every year since 2006, with an estimated 2,150 co-working spaces worldwide. India’s co-working scene is still nascent, but one of the most popular spaces is the aforementioned office in Mumbai—Bombay Connect, a co-working space for social innovators. It was founded three years ago under UnLtd India, an incubator for early-stage social entrepreneurs. UnLtd India started their incubation model with the intention of creating a complete support ecosystem for social enterprise in India, which is where Bombay Connect plays an integral role.

Bombay Connect works on a membership model, and benefits include access to working space and events. The office co-working space includes desks, wireless internet access, a library, kitchenette, and conference and meeting rooms. Bombay Connect also hosts one to two events each week, including clinics on marketing, HR, finance, and fundraising. Fostering a strong sense of community among its members is of the essence to Bombay Connect, which hosts regular networking events such as music shows, pottery-making, cooking courses, and movie screenings. They also host monthly Dabba Chats, which are member-led meetings for peers to share ideas and solutions to problems such as sanitation, education, and technology. Events are open to both members and non-members to introduce non-members to the space and encourage new and different perspectives.

“I’m very happy with the ecosystem we’ve created. We’ve seen connections happen,” says Preeti Dawane, who oversees membership engagement and outreach activities at Bombay Connect. “I like the environment here—it’s easy-going and everyone is really helpful and easy to approach,” noted a new Bombay Connect member, who recently moved back to Mumbai to work on a marketing start-up and a NGO after living in the United States. “It’s a great platform to get to network with people who are very forthcoming in sharing ideas and insights.”

Bombay Connect has gradually grown in membership and now has over 50 members. Membership ranges from 1250 to 7200 rupees per month, depending on the number of hours a member works in the space. Approximately 90 percent of members work in social enterprise and 10 percent work with mainstream business. “We like to include mainstream entrepreneurs because they come with fresh ideas and energy, so that social entrepreneurs will benefit from their perspective,” says Dawane.

While co-working spaces have taken off in other countries, there are few co-working spaces in India. One reason, Dawane explains, is that entrepreneurs looking to keep low budgets will use their wireless connection from their home for work. Distance and travel time, especially considering Mumbai’s slow and unpredictable traffic, are also factors. Nonetheless, Dawane has seen a continued rise in membership, noting that “a lot is changing because of the benefits from co-working.”

Bombay Connect’s model enables India’s social entrepreneurs to pursue their ventures at lower start-up costs and foster synergies with other social enterprises. In the past three years, Bombay Connect has already seen its members thrive. “It’s great to see how members have grown out of the space when their team is big enough for them to move out. If they manage to grow out of the space and have their own office, and have their ideas take off, that’s part of the impact that we are having in the social space,” says Dawane. Bombay Connect eventually aims to move into a bigger office space and add different locations throughout the city, and throughout India, so that social entrepreneurs across the country can develop their ventures and collaborate in a Bombay Connect space.

Learn how to become a Bombay Connect member or attend an event here.