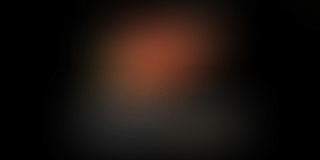 2012 marks the 5th birthday for the mobile app ecosystem. Since the launch the first iPhone and an app store, it has come a long way and this application, internet and mobility amalgam is a potent mix and everybody wants a piece of it.

Making these apps however, is another story. Not everyone can make you these apps and the ones who can come at a price. So now, the dilemma between what an app can do for you and the price that you have to pay for it is a tricky one and those who are hard pressed for money and time have a tough time making this decision.

SnapLion has addressed this problem for musicians. It is an instant app builder for musicians and is looking to build this easy to use platform to cater for more people. After having used it ourselves, we got in touch with Aditya Kapoor and Tapan Raj, two of the four brains behind the Snaplion initiative.

There is an old saying that when you solve a problem for yourself, you have solved the problem for many others like you. Tapan Raj is a musician with band called the Midival Punditz and they wanted an app.

“There are so many barriers that we face while making this app; from getting what we want from the app developer to the time that it took and the price that we had to pay for it. I am also a techie so I decided to do something about it. For a musician with a fan following and tour schedule, there are a set number of things that they need and I decided to make a platform which will make it very easy for musicians to make these apps,” shared Tapan.

About 15 apps have been built using the platform, including that of Anoushka Shankar.

The platform is very simple to use. Anyone conversant with using the internet can make apps on Snaplion. Contrary to what I thought, the features that it

offers you is some advanced level stuff. The platform offers apps features like push messaging and location-based services. The looks of the app can be customized to exactly your liking with as simple a thing as uploading a picture.Aditya Kapoor, the marketing brain behind the venture said, “People are looking to have a mobile presence. With over a million apps in the various app stores it's another internet there and its a great place for a musician to be. Just imagine if you can push updates for your next concerts to your social media followings' pockets!”

“Building on the musicians vertical, we are already addressing needs for event management companies and record labels, and quickly moving on to sports teams and TV/Movie apps. We’re aiming for SnapLion to be a universal portal for anyone who needs an app,” added Aditya

A major barrier for those who want their apps made are the app makers themselves. Mediocrity in the app building craft creates is the greatest hindrance for those who need the apps, especially the non technical ones. However, the work needed for most apps isn't high tech and a system that generates these apps just solves all of it.

Once the app has been designed, it can be previewed via a preview app on the Android and iOS app store and post a monthly subscription, the app is your to keep.

Snaplion makes the inclusion of features like location-based services and push messaging as simple as a check box. I personally see platforms like this replacing a lot of average development work and apps will be a lot more accessible for the masses. Way to go, Snaplion!

Are you a musician? Make your own app at Snaplion.