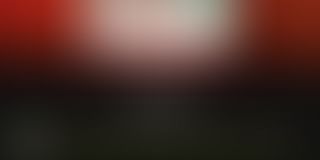 Classical music is a niche genre in the music listeners community. It is a dying art and is restricted to a select group of people in the India. To others, access to good classical music, even to this day, remains a challenge and today’s app up for review is addressing this very problem.

Twaang has set itself a niche in the highly dominated space of music streaming apps. With industry heavyweights such as Saavn and Dhingana in the playing field, there is very little an app can do in this space, which can differentiate it from the others. It is in how Twaang has addressed this barrier that has caught our attention.

By being a niche, classical music only app, the app stands its ground in this highly competitive category as a concept. Does it hold true for the app itself? Lets find out in today’s app review.

Twaang is a music streaming app specifically for hindustani and classical music. The app provides -

It is a Saavn for Indian classical music with respect to the content that it offers. The assortment is decent and being a trained classical musician myself, I could find some songs that I know. Furthermore the app also serves a platform for many contemporary fusion musicians as well.

The best part about the app is its music collection. It has some exquisite pieces which I know for a fact that you will only find in old and degraded cassette

recordings. Some of my favorites were in the Lalgudi Jayaraman and Hyderabad Brothers collections. Kudos to the content team behind Twaang on this.Having said that, the app itself has much room for improve in many aspects. It is extremely dependant on data and simply doesn’t work on even slightly low bandwidth connections. The functions of the app also seemed to be connected with the streaming process of the app, as when a song is being loaded other functions in the app are unresponsive. The app is also very buggy. It sometimes freezes and FC’s many times when the network is bad and if you receive a phonecall while listening to music, the music continues to play even after receiving the call.

Another place where the app can improve is by adding the suggestion feature to the search option. When spelling a classical song in english, it may more often than not match the song in the database, so a suggestion feature here will really help.

“ Twaang” being an on-demand music library and streaming app is heavily dependent on data connection. In fact it is

so dependent on streaming that without detecting the data network, the app won't even start. More than two thirds of power consumption (when the app is in background) is consumed by Wif i . Hence Wifi optimization is very important for this app. In this respect the app takes care to download data in large chunks so as to not wake up the Wifi unnecessarily every few seconds. However the caching of data to minimize the Wifi usage is not done well .On pressing of “what's new” button, the data is re-fetched every time irrespective of the time interval between requests. The playing of a single song in a

loop causes the entire song to be streamed again and again.

Tabs that won’t retract are one of the worst things that can happen to a mobile app. They eat up screen space and are really not practical on phones with large screens. Unfortunately Twaang has one too many tabs. Furthermore, not having the swipe gesture only adds to the below average user experience.

There is this banner ad like element right above the lower tabs which again are a waste of screen space which doesn’t do anything and the information that it shows isn’t of any use. The app can do without it, unless it is a real banner ad.

On a slightly better note, the cherry red background colour, the typography and the iconography is good, so the app is a good looking one.

But overall, Twaang is a below average user experience and the performance issues that it has only adds to this.

Twaang is based on a great concept. The intention of reviving this ancient and dying art form is novel and full marks to the team on that. With more users, and through the apps increased visibility, the art will also be known to a lot of people.

Twaang is also quite good looking and that is one of the factors why this app is going to stay, at least on my phone.

With over a 1000 downloads on Google play, it is vital that the Twaang works on its performance issues. The app is very buggy and is in dire need of optimization.Twaang also needs a complete UX overhaul. The Google design and layout standards were made with varying screen sizes in mind and apps adhering to it have generally provided a great user experience across devices.

The intention of Twaang is novel and with a decent initial traction it is in a good place from a business perspective. However, as the user base expands, all these problems will surface and it might very well be the greatest cause of user attrition for this app.

We sincerely hope that the makers of Twaang take this seriously as the app has great potential and is working for a great cause.