With Robosoft Systems, The Bots are Marching In 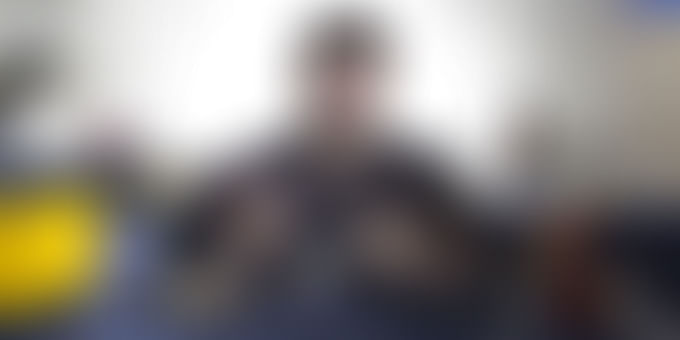 WHEN FAHAD AZAD met Syed Ross Farooq, a senior at Mumbai University, he was blown away. Here was someone who shared his geeky passion for robotics, so nascent a field that he could barely find someone to have a conversation with.

TO ANYONE who spends the day in an ac office, the quality of air they breathe is not something they often think of. The air quality depends on how clean the ac system is. But peer inside the miles of ducting and you confront a staggering reality: it is cleaned only when there is a functional issue. That’s because ac ducts are virtually impossible to access. With hundreds breathing the same air, cleaning of the vents is critical for our lungs. Then there is the environmental aspect: the dirtier the ducting, the more energy air-conditioners consume. That’s where Fahad azad and his team at Robosoft Systems come in; using their passion for robotics to grapple with the functional challenges that office spaces tackle every day.

A front camera relays a live feed, LED lights help navigate the system remotely and there are attachments for cleaning. The device is placed at one end of the duct, then compressed air is passed through the duct, enabling the filter at the other end to collect the debris.

It’s not the first device of its kind in the world, but it’s definitely a game-changer in the Indian context — not least because, while similar systems available globally cost in the region of Rs 5- Rs 6 lakh, DuctBot — for which Robosoft have filed a patent — costs approximately Rs 1 lakh.

Robosoft Systems is also heavily focussed on education and have set up state-of-theart facilities to train robotics students; with modular classrooms, fully networked and web-enabled workstations and cutting-edge equipment, they may well become not just forerunners in robotics implementation but education as well.

WHEN FAHAD AZAD met Syed Ross Farooq, a senior at Mumbai University, he was blown away. Here was someone who shared his geeky passion for robotics, so nascent a field that he could barely find someone to have a conversation with. Azad had already designed a sumowrestling robot in school, and Farooq designed a mobile robotic arm as his final year project — a device so refined, the judges couldn’t quite believe it was his own work. A year later, the duo entered a jointly designed robot and won the first prize at IIT’s prestigious Techfest. After college, they joined hands with two other friends and founded Robosoft Systems.

ROBOSOFT ALREADY supplies DuctBot to a host of clients, including Bluestar and epsco, and have orders from the Indian Navy. They are working on variants that will offer the product a wider reach: robots that can clean vertical vents, as well as those that can be miniaturised further for the narrower ducts found on ships and even submarines. For Azad & co, robots aren’t meant as a replacement for humans; rather, they are an alternative wherever it’s too dangerous, small or filthy to send someone in.

AZAD IS excited about the potential that technology holds: the applications can range from the miniature device they are developing for NTpc to monitor radioactivity in power plants to surveillance drones — virtually anything that requires miniaturisation or stealth, or both. Reconnaissance robots can replace conventional patrolling, can cover hostile or difficult terrain — mountains, swamps and marshes — and aid in construction and design projects.

We, at YourStory.in wish Azad all the success for his future endeavors!