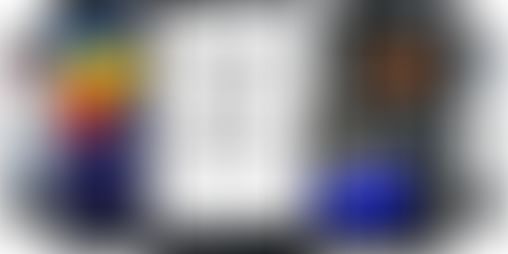 Across all the mobile app stores in the market today, we have over a million unique mobile apps. App developers across the world are

adding to this mammoth number as we speak. Couple this with the ever growing smartphone market and a more stable mobile broadband infrastructure, we're not too far from the time when mobile internet will be as large, if not larger than the desktop based internet. With this kind of adoption rate in mobility, I see apps becoming like websites. A lot more people and businesses are going to want apps for themselves.Most of these apps are going to be content delivery platforms and the programming work for these kind of apps can be automated. Today we will feature two such app development platforms that will help users make native mobile apps without ever having to write a single line of code. Appclay is a platform from NCR, India based Shephertz while AppyPie, its counterpart here is a New York based company.

Shephertz’s Appclay is a platform for those looking to make apps on Android and HTML 5. While the product is still in Beta, the website

claims to have a setup wizard which will guide you through making the app. It boasts of some cool features like media player, Google Maps, push messaging and YouTube integration. Pricing information isn’t available yet.A USP of this particular platform is that the platform is based on Shephertz’s backend API, app 42, which can used in gaming and other apps which would require heavy server side work. This could mean that there could be apps with higher capabilities that can be built using Appclay in the future.

Appypie is a more established player. Its emphasis is on the various categories of apps that can be made on the platform. 25 different categories can be built using Appypie for Android, iPhone and HTML5. It offers same features as Appcaly such as multimedia, maps

etc.As of now, the ease of use of Appypie is its USP. Anyone with using a CMS (wordpress) will find it very easy to make an app using Appypie. While we can’t compare it with Appclay as its still in its beta, appypie is a shade easier to use that other more established compatriots like Snaplion.

How do they make their money?

Both platforms charge a premium to upload apps made using their services on the respective app stores. The cost of the premium can vary based on the features that the app has. It can also be priced differently based on category in which the apps are being made. For example, an app for an individual business will cost lesser than an app for a celebrity.

These platforms run on a simple business model and the method to monetize is pretty straightforward.

Problems inherent to this space

If apps are like websites, these app building solutions are like Wordpress. The problem is, the internet only has one Wordpress, but in the mobile space, there are scores of such solutions in the market with almost identical offerings. There is very little to choose between these solutions.

This space probably will have no clear winner as most app building platforms perform the same function. Providing the utmost ease of use will be an edge such platforms can possess. Platforms like this can provide more phone specific features, which would also be another differentiator.

Going by the number of such tools, it seems easy to replicate this kind of technology. When your technology can be replicated, the differentiator comes from a good user experience and targeted marketing.

Will it work in India?

Because these apps are SaaS products, there isn’t any reason why they should target a specific market. Having said that, India has about 900 million mobile connections, a fair number of which are multimedia enabled. It is a potent means of disseminating information and apps such as these can do so in a more engaging way.

Check out Appypie and Appclay and tell us what you think.