So you want to be an Analyst at a Venture Capital Firm? 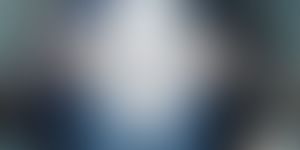 This is going to be a long post. Naturally there are things I will leave out of this post, which I think is more to do with you than the industry, things like, why would a 20 something want to work at a VC firm? These things deserve a separate post altogether.

We recently had an opening for a role at Aavishkaar, and within 72 hours of the job posting, received more than 400 applications. From folks who had 10 years post MBA work ex to promoters of companies that had approached us for funding.

I on an average receive at least 10 mails a week from young people my age asking me on how to enter venture capital. They are looking for some secret formula, asking if they need to re-read Damodaran.

So there can be two ways of looking at it. One is historical data, another is future trends.

Here is what historical data will show you:

Check out an Analyst at a VC firm on LinkedIn. Most VC firms will have a guy in a nice suit, often in a side profile, smiling at you. You will notice he’s had a certain set of experiences. Academic excellence is a given, at least one of the degrees, if not all are from the best of the best colleges (or a degree in CA), prior experience in investment banking, consulting from Big 3. These folks don’t look nor sound desperate. And probably aren’t. Perhaps, if you are a Sequoia, you don’t need to, you probably have a deal flow as good as anyone in the industry.

And here is the future in my opinion:

With the rise of early stage venture capital, and more and more marquee firms looking at seed/early stage venture capital, this trend, I believe is going to change in favour of, and I hate this word, hustlers. These are folks who have had diverse experiences, have taken initiative, have started something on their own and have a compelling story to say, either through their success or their failures, but always from their learnings. And most importantly are desperate. Desperate to find the next deal. Even at the events, they know 90% of the companies at the event, before attending it. They are helping organize events, not simply attend them. Even their college business plan competition, since you never know who is going to start the next big thing.

Understand and appreciate the math and the truth:

There aren't many openings at VC firms. It is one of the few industries with an inverted pyramid structure. More Partners than Analysts. More often than not, the people who are looking to enter the industry, are already playing the game, much before you saw that posting on iimjobs. The odds are most definitely against you. Once that is clear, it becomes easier to come to terms with it. Also, understand the other part of the reality. You are young, most likely you don’t have operational experience about either running a company or a sectoral expertise. So be humble and understand that you will have to put in extra hard work.

My experience of little close to an year in venture capital firm has given me the following learnings, It isn’t sexy. Rural venture capital most definitely isn’t even sexy from a distance (We probably wear suits once a year). However it is exciting. Very exciting.

As a young person, here are some of the ways in which you can enter the industry:

Why does a VC firm need you? Understand this. Perhaps because you are faster? Perhaps because you can do the grunt work at lesser the cost than McKinsey? Perhaps, because every morning, you can come up with a list of 4 companies with well thought out reasons (backed by data) on why the Partner should look at it. Perhaps you can find out exciting events that the Partner can speak at? Perhaps, every time the Partner says, “Hmm, now how do we do this?” You spit out names of 7 folks, who can help you achieve the task. Or better, do it yourself.

We received 400 applications; one person keeps calling me and telling me how he’s great for the role and asks me the status of his application. In fact he then tells me how I am pathetic because I am keeping him waiting. As if he’s entitled to the job. The other mentions 10 companies from crazy interior parts of India in his cover letter that we should be looking at. Who will I recommend?

I had lived in a village during my college life, worked in sales at a water company in rural Gujarat, done consumer research for Nokia/Microfinance industry, worked in community management at NEN, researched in primary healthcare, run a youth based road trip fellowship and consulted one of the largest microfinance companies in India. Before applying to Aavishkaar, I tried to find out as much about the potential sectors they should look at, as well as try to speak to thought leaders in industries where they had already invested. When I had my interview, it wasn’t like one. I spoke of the challenges the various sectors throw up, which were based on hours of anecdotal evidence from credible sources as well as my experience on the field. I spoke about how hard it is to find investable companies in the sector and how that resulted in a style of working which might be different from other venture firms.

Of course prior to Aavishkaar, I had interviewed at one of the most successful global VC firms in the world, and I pretty much sucked at it. I noted down what could have been the possible errors and tried to address them, constantly taking feedback from everyone around me.

My support system included friends at the Young India Fellowship and my family. Save one, each and every one in my support system has been an entrepreneur at some point of time in their life. You need to be introduced by folks who the VC listens to. They receive hundreds of applications from folks who are all better qualified than you on paper. You need to have someone tell them, no have a look at this guy. Or capture their attention yourself.

If you’re in venture capital, you need to know who is doing what. Know who are the players, know where are start-ups coming from. I had written a post on which companies were tech entrepreneurs coming from. Speak to folks in these companies to find out if there’s someone going to quit soon. Talk to them, help them out. Be their friend. Understand their challenges. Talk to the folks reporting the news; better still, write it yourself. Be ethical and be available. Before you even sit for the job interview, you should already have 2-3 sectors that you can speak at length about, know the current players and don’t be afraid to give your own opinion based on the data you see. Meet the entrepreneurs who are in this sector, ask them if they need your help in any way. They will. And if they don’t, don’t be afraid to be adamant. Send them a customer survey you did with well thought out recommendations. If you’re poking where it hurts, and give meaningful insights, they can’t ignore you. If these can be for the portfolio company of the firm you are targeting, better.

People will trust you and that will take time. Help people, direct deals to other VCs who the entrepreneur might benefit from. A Partner at a VC firm doesn’t necessarily give a crap about you or your fancy degree. But he will be intrigued, if every week, he gets a mail from you in his inbox with a high quality company, with a short note on why he should meet the guy who are connecting him to. You don’t need to be at a VC firm to do this.

Your day job is just one part of your life. As you will see below, to truly enjoy it at this time, it should be the only job in your life. However, I am going to contradict myself and say, you have to do more. I spend quite a few hours a week running my college’s alumni angel network, Spark Angels, because BITS had given me so much and this is my way to give back. However, it also brings in potential deal flow to Aavishkaar. It also puts me in touch with hundreds of entrepreneurs who need some assistance. It also helps me see other sectors up close, which I might not necessarily get to see at Aavishkaar, like e-commerce, robotics, cloud telephony, FnB. I also help moderate the Development Creative Community, a network of 1500 plus development professionals, and a couple of Startup Groups on FB (Delhi/Mumbai Startups). I was doing all this before joining Aavishkaar, and would have continued to do it, whether I got the role here or not.

Understand, you are ALWAYS at work. Even when you are out drinking with pals. Even when you are on the road. Even when you are hitting on a girl. You know when you are in that small town, eating that local chips brand and having dust on your face. Even then (Go find out about the producer company that made that packet). As a young person entering the profession, you want to demonstrate that to the firm much before. One of my friends went to NVP, with a list of 100 potential investments and a piece of hardware from a product prototype. How could they not take him in?

To end it all, good karma helps. Luck is often only a function of that.

Rishabh Kaul is an Associate at Aavishkaar. He loves reading mails, so hit him up at rishabh@aavishkaar.org, or follow him on @rishabhkaul and read his blog here.